Maramures is one of Europe's best kept secrets, a place where time stands still, a place where rural customs, traditions, and skills (in particular wood sculpting) and, last but not least, human kindness are well preserved.

Close to the Ukrainian border, Maramures covers 3381 sq km of valleys, beatiful villages, hills and mountains (as tall as 2303 m). In this small area can be found 5 UNESCO-designated World Heritage Sites (wooden churches), a natural reserve also protected by UNESCO, about 60 villages and small towns, the only narrow gauge industrial steam train still in use in Europe, and many other atractions. Places to visit:

1. Sighetu Marmatiei, with its museums and churches.

2. Vaser Valley, where runs the only steam-powered forestry train from Europe.

3. The wooden churches protected by UNESCO (Poienile Izei, Ieud-Deal, Budesti-Josani, Desesti, Barsana-Jbar, Surdesti, Plopis and Rogoz, last three situated near Baia Mare), erected between the 16th and 18th century, in the "Maramures gothic style". These churches have been painted hundreds of years ago.

4. The Merry Cemetery in Sapanta, unique in the world, famous for its colourful tombstones with naive paintings describing, in an original and poetic manner, the persons that are buried there as well as scenes from their lives; today a major tourist attraction and a UNESCO World Heritage Site.

6. The Pietrosu Rodnei Natural Reserve, a UNESCO Biosphere Reserve (listed in 1980, although it was estabilished in 1932), part of the Rodna Mountains National Park;  the reserve protects plants and animals such as edelweiss, gentians, marmots, chamois etc.

10. Budesti Village, one of the best-preserved traditional Maramures settlement.

These atractions of Maramures, and also many others, can be reached with the help of Maramures Tours. 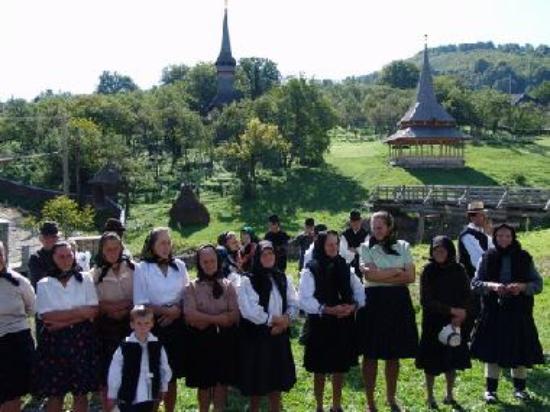