Review of Hotel Sea Pearl
Reviewed 10 May 2019 via mobile

Good accommodation and clean and neat rooms . Very good service by the front office staff . Good parking space . Toilet was not clean as there was a bad smell . But overall good and value for money hotel .

Trip type: Travelled on business
See all 78 reviews
Nearby Hotels

Taking safety measures
We compared the lowest prices from 5 websites

Taking safety measures
We compared the lowest prices from 7 websites 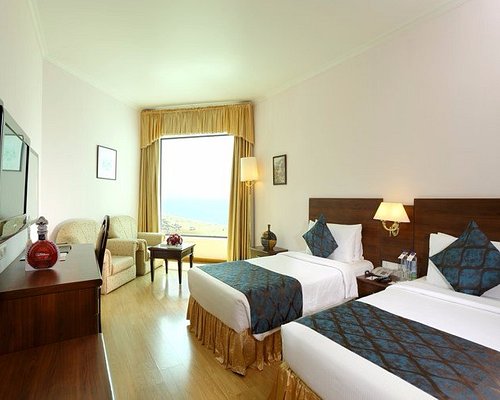 Never visit this hotel. Restaurant is awful. No service. No staff. Worst place you could find to stay in Kollam. They even charge for basic amenities like drinking water. If one stays here, you may have to trek the dark, lonely side alley every night for find decent place for dinner and other basic amenities. Never visit this pathetic place

This review is the subjective opinion of a Tripadvisor member and not of TripAdvisor LLC.
Sajuhaneefa
2
Reviewed 20 April 2018 via mobile
Not Bad

Stayed for 3 nights in this hotel. Staff are good especially Mr. Ajmal and Mr. Immanuel at front desk. Room was spacious and clean except the bed. Bed was stained and uneven, in some places the springs will poke you. Bathroom was clean but lack of maintenance. Complained about pipe leak twice but nobody turned up. Shower door was not clising and there was no hot water.

Very bad room service, guys are good. Wiated for more than 1 hr for a cup of tea and the bought it cold. When it repeated i stopped ordering tea.

Recommended just for one night stay only.

This review is the subjective opinion of a Tripadvisor member and not of TripAdvisor LLC.
NibinS16
Manama, Bahrain
1
Reviewed 15 March 2018 via mobile
Good nostalgia

We 15 people after 3 years met together and we had a nice time, the hotel is good, rooms are clean and the food we ordered are awesome, the staff are very nice and they guided us to various tourist activities

This review is the subjective opinion of a Tripadvisor member and not of TripAdvisor LLC.
E3485PFfrankd
Hitchin, United Kingdom
6020
Reviewed 13 March 2018 via mobile
Disappointed

As you enter the hall and looking at restaurant and bar it seems a very luxurious hotel so that you expect great room and facilities but that was not the case. Room was good but bathroom in need of maintenance as the shower room door did not close and I couldn't not get hot water neither. Has a buffet dinner there which it was just below average as at that point I did eat in many places in India for over two weeks and that dinner was nothing special at all. Location not good neither.

This review is the subjective opinion of a Tripadvisor member and not of TripAdvisor LLC.
Rama N
Ottawa, Canada
11671
Reviewed 6 February 2018
Dosapponted with facilities, but excellent service

Based on good reviews on tripadvisor, I had booked a room at this hotel. Overall very disappointed with the facilities; the only saving grqce was the excellent, friendly sercvice by the personnel (mainly front desk staff). The poor experience started with the staff not finding m y reservation (though had confirmed reservation a day earlier, the staff was not readily aware; on giving the booking reference through Agoda, he was able to find the booking); as he had to sramble to arrange a room, we had to wait several minutes before a room was given. The rooms are in poor repair, as was the elevator and floors in general. The bed was not very comfortable; the shower was very weak. The toilet, though water was flowing, failed to flush properly and took several attempts to get a clean toilet. THe condition of the towels and floor mats were abysmal. Indeed, the floor mat in fromt of the bathroom was tattered, and should have been discarded a long time ago. The walss had stains (though covered by curtains, it was not readily visible). The room did not have a coffeemaker (one wqas promply delivered on request, but it was falling apart Drinking water was provided, but there were no glasses. When ordering room service, I had ordered bottled water, but again came witt5h no glasses. The server promptly delivered glasses on request, but wated to take ti back right after my meals and I had to inform him there was no drinking glass in the room and he left them. All the requests were promptly attended to, and the staff was very pleasant about it. The restaurant was empty when we went for dinner and again, the staff was friendly and offered to send the food to the room. The food was served to the room in time; however, the presentation lacked professionalism. The plates with food were uncovered and almost overflowing. No serviettes were provided and only minimal utensils were given. I believe the staff tried their best to give a good service, but they appeared to be hampered by a lack of amenities available or proper training in hospitality. The management of the property appears to lack a real understanding of the hospitality business or does not appear to care. Although they had free wifi, the receptionist pr4ogrammed the password into my phone (did not give the actual password) and after one reboot, had no longer a proper connection! I was really surprised by the positive reviews I had seen on the web prior to booking and my wife commented that perhaps they were place by the hotel staff!