Manshore Bay Resort
Manshore Bay Resort
Lowest prices for your stay
Lock in the lowest price from these sites
$22
Free cancellation until 27/05/22
Reserve now, pay at stay
View deal
FindHotel$22
Prices above are provided by partners for one room, with variable occupancy rules as provided by the property, and do not include all taxes and fees. Please see our partners for full details.
sunshinehousee
Balsicas, Spain
184

Nice, spacious room on top of the resort. Beautiful views over the coast. Garden for Yoga practice. Food was very good. Variation for breakfast was also very good. Staff attentive. Mike, the manager, was always attentive for our needs. We extended our stay as we felt really comfortable. The way down to the beach is a little risky. In walkable distance there are some other amazing beaches. Overall I can highly recommend. Thanks the Manshore Bay team for having a good time. 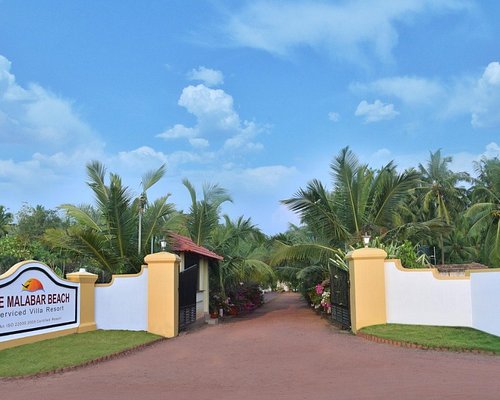 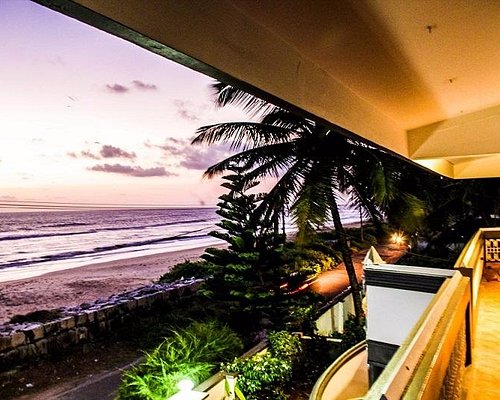 If you want to relax and refresh ,far from the hustle bustle of everyday life then this is the place for you. This is one of our favourite place to go to when we want to chill. The beach might not be a very long one but it shall be your own private haven. Mr Sureshappan always tries his best to accommodate whatever wish and fancy you might have. Food was amazing and the hospitality is always top level.

This review is the subjective opinion of a Tripadvisor member and not of TripAdvisor LLC.
Dream168215
Kolkata (Calcutta), India
1
Reviewed 1 December 2019 via mobile
Called at reception to get information

Called at the reception on 1st Dec 2019 at 5 pm and found them to be full of attitude and arrogance when asked the reception about facilities, room size and price of different category of rooms. Was told 'you like it then take it' in a manner to discourage asking any more questions and then slamming the phone even as conversation was on...I wonder what ordeal the guest out there would be facing...at loss of words for such behaviour

This review is the subjective opinion of a Tripadvisor member and not of TripAdvisor LLC.
wesmma11
Wilmington Island, Georgia
6172
Reviewed 4 May 2019 via mobile
Hidden gem

We really liked this place and the staff was so helpful. Great food for dinner and a very clean room. I highly recommend the manshore bay resort. And hopefully be able to return and visit again. Great views.

This review is the subjective opinion of a Tripadvisor member and not of TripAdvisor LLC.
Braziltraveller2010
Australia
183162
Reviewed 28 December 2018
Backpacker quality at 3 star hotel prices

This is neither a resort, nor a hotel, as it purports to be in its advertising. It's a poor quality homestay. Yes, it's on the beach, but the water had a brown film on it and rubbish bobbing around when we were there. There is a larger beach close by, but that also had rubbish strewn in the sand and bobbing in the water. Neither were beaches that we would swim at.

As for the accommodation:
- Our "deluxe" room had patched up (but visible) cracks in the wall, a cupboard full of cobwebs and nowhere else to store anything, 2 single beds pushed together with a very thin mattress and uncomfortable pillows, and a kettle with some Nescafe coffee and sugar (no tea)
- The bathroom was very basic, with nowhere to leave anything.
- Other than the sheets, nothing else looked or felt clean.
- Wifi barely worked in the room.
- The thin curtains let the light in all night and we had no privacy if we left them open in the daylight to look at the sea view, so we had to either contend with the child from the next room sticking his face in the window or close the curtain and forego the promised sea view.
- The common area also looked and felt unclean.

Staff were nice enough, but hardly customer focused. When we tried to pre-order breakfast for 8am (because we had to be somewhere by 10am), they tried to talks us into an 8.30am breakfast instead (because, according to them, 8am didn't work with their timing).

Food was as basic and expensive as the accommodation. We were charged 300 rps per person for some fish and a few very small side dishes and cheap samba rice. Breakfast was ok, but slow service at 8am (despite us ordering the night before). We had to ask for tea and then ended up leaving without it because it took too long.

No idea why people have rated this property so highly! We got conned by the reviews - think twice before you do too!!

This review is the subjective opinion of a Tripadvisor member and not of TripAdvisor LLC.
sys_li
Chicago, Illinois
289
Reviewed 12 December 2018 via mobile
Exclusive beach with friendly host and great food

1. One of its kind environment - Waking up with sounds of sea waves, private beach, v limited rooms / exclusivity

2. Extremely helpful and knowledgeable host (Nikhil) who helps us plan out our trip (including Theyyam and a Kerlaite wedding). We also have numerous interesting conversations where he shares his culture and insights

3. Super friendly staff (Sucesh, Naveen, Vineeth) who always have a bright smile and keep the resort spotlessly clean. Sucesh was very kind to invite us to his house where we have amazing conversations with him and his wife

4. Delicious food - Nikhil mum cooks one of the best Indian meals I have ever had in my 5 trips to India

This review is the subjective opinion of a Tripadvisor member and not of TripAdvisor LLC.
View more reviews
PreviousNext
123
<script type='text/javascript' crossorigin='anonymous' async onerror='__scriptLoadError(this,true);' src='https://static.tacdn.com/asset