Hotel Polariz
Hotel Polariz
Book now! This hotel is likely to sell out soon.
Lock in the lowest price from these sites

$34
Free cancellation until 28/05/22
View deal
StayForLong
ZenHotels.com
Priceline
View all 5 deals
Prices are provided by our partners, and reflect average nightly room rates, including taxes and fees that are fixed, known to our partners, and due at time of booking. Other miscellaneous taxes and hotel fees which are not fixed or due at time of booking may be payable at the property at time of stay. Please see our partners for more details.
Skumar1974
Thrissur, India
339427

A repeat ad return to this place again courtesy GoIbibo and IPL matches.
Wonderful experience.
The bathroom door had a stopper which is right in front of you when you sit on WC. Dangerous if you happen to slip n fall.
Take care.

Trip type: Travelled as a couple
See all 50 reviews
Nearby Hotels 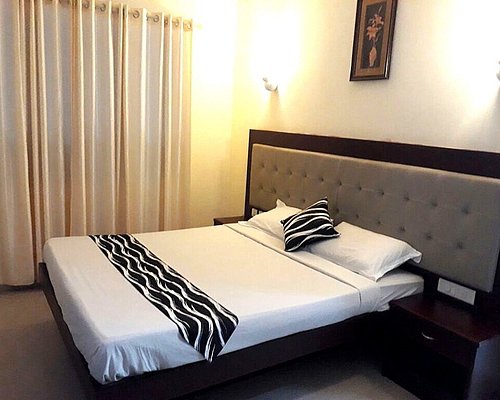 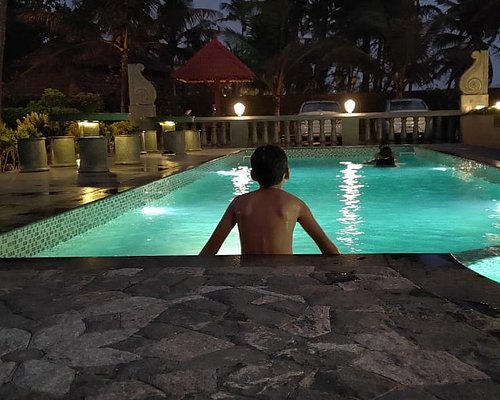 The rooms to top it off was in horrible condition, the ac wasn't working, toilet broken and no towel or any necessities was provided.

Horrible experience all in all.

This review is the subjective opinion of a Tripadvisor member and not of TripAdvisor LLC.
Dr_Peelery
Kannur, India
3529
Reviewed 3 September 2018 via mobile
A Comfortable Stay Near Parassinikkadave

This property is about two kilometres away from the Parassinikkadave temple and better than accommodation around the temple. The rooms are spacious and neat. But betterment in housekeeping is needed. The attached restaurant is very good. There is also a Bar attached with this hotel.

This review is the subjective opinion of a Tripadvisor member and not of TripAdvisor LLC.
Skumar1974
Thrissur, India
339427
Reviewed 18 May 2018 via mobile
Cool

It was a gift from GoIbibo.com with the earnings from Mumbai Indians IPL matches.
Nice room. Cool sunset view from the balcony.
Bathroom was ok with water being only issue as it was dirty. Management says it is due to certain technical issues. But should it be the customer's concern in any way?
Otherwise I would have given all stars. But now am giving only 4 out of 5 stars.
The hotel website also mentions of a bathtub in every room. But it was not the case.

This review is the subjective opinion of a Tripadvisor member and not of TripAdvisor LLC.
tomthump
Punalur, India
4118
Reviewed 14 April 2018 via mobile
A nice stay

I decided on this place after making a circuit of four other places in the locality, (including inspection of rooms and bathrooms).

The other places had good enough rooms, but I also considered service, food and ambience.

And this place seemed to offer better than the others. ( Maybe there are equally good or better places too, and I may have missed them)

One shouldn’t expect a city sort of finesse or expert service here. It was more than made up by patience, friendliness, speed and attention.

I didn’t feel bad at any time and the service was uniformly friendly and polite. From reception, restaurant, room service and even security.

The food was good enough. But then I had only a couple of items. They have a pool and a bar too. My first night, the steward very nicely offered me a private poolside dinner under moonlight ( on the hotel terrace ). The experience was rather basic but the hospitality was exceptional. And that counts.

The rooms are furnished in a simple manner, but are big enough for two. The linen smelled fresh and the towels too. The cupboard and drawers are there. You can use them.
The faucets work, the bathroom isn’t dirty. It’s not anywhere near sparkling though.

I’m giving it only 3 points because the room infrastructure could be better. Because, my general feel was of a well enough managed, but slightly run down establishment. Maybe it’s some years old and due for refurbishment.

Would I stay here again? Yes.
With family ? Yes.
Would I recommend the place ? Yes.

This review is the subjective opinion of a Tripadvisor member and not of TripAdvisor LLC.
Dhruv_Touristor
21354
Reviewed 6 April 2018
Extraordinary Stay - Nice Living Place

One of the best enjoyable stay i had experienced at Hotel Polariz in Kannur. I had spend two days i had checked in at 10 and the next day about 8 pm i checked out. It was easy check in and check out for me with the help of hotel service staff. Hotel location was very convenient for me. Easily available transportation services from the hotel place. Hotel building was renovated and nicely maintained cleaning made my stay very exciting. Rooms were specious enough it had all facilities that i really wanted to stay. Nice bed sheet and quality bed made my sleeping quality so great and comfortable, Clean toilets and nothing was bad about the hotel. Enjoyed great stay.

This review is the subjective opinion of a Tripadvisor member and not of TripAdvisor LLC.
View more reviews
PreviousNext
123…
<script type='text/javascript