The place is absolutely gorgeous, I recommend staying in a room that has the mountain view. The staff is so friendly and welcoming. I highly recommend Haile Resort in Arbaminch. Also very family friendly.

Trip type: Travelled as a couple
See all 99 reviews
Nearby Hotels 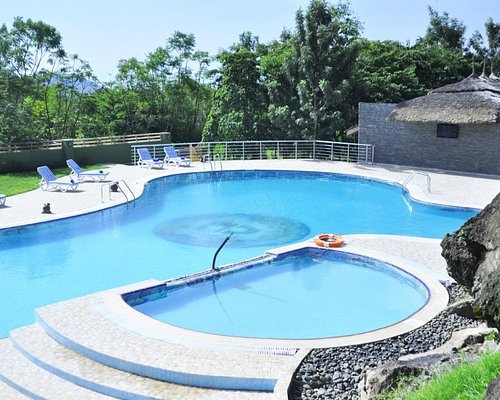 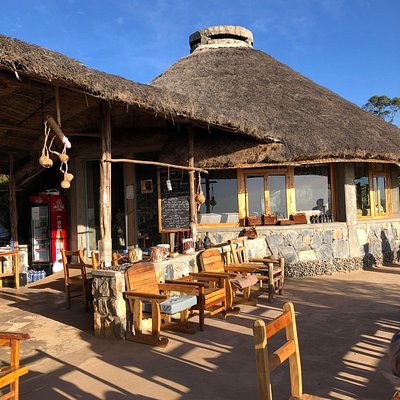 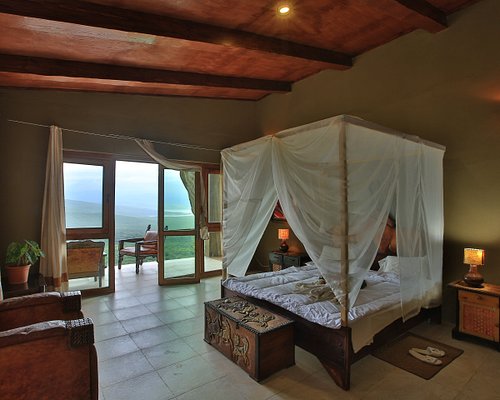 Great rooms, amazing staff and the most beautiful scenery of the area makes it one of the best tourist destinations. The staff will nake your stay momorable. Nechsar national park, minch and Dorze meder are a must visit attractions in Arbaminch.

They listen to everything u need, very friendly staff and good service. I asked them to decorate the room and they did exactly what I wanted. I had a very good experience with Haile Resort and would recommend everyone to visit it.

this resort is amazing!
the swimming pool, the food, the rooms,..... everything is just perfect!!!!!!!
its clean, the staff is super friendly, the view is amazing.....
its so relaxing you would want to stay forever!!!!!

I have to start this by saying, my expectations were low. I have traveled a great deal in the developing world, I know my expectations for a hotel in Ethiopia should be different than Bangkok or Europe. But, with that low bar, the Haile grabbed a shovel and dug under it.

Initially, my thoughts on the Haile were, perfectly reasonable, clean, and comfortable place, that is maybe a bit over priced. My wife and I booked more than a week in two Hailes, a few days in Awassa and a few days in Arba Minch.

At Arba Minch, the service was a disaster.

On New Years Eve, there was an outdoor New Years Eve Party. It was so loud the entire hotel was shaking. I was very tired after a difficult day, and had official business early the next morning. I wanted to sleep, I did not want to be held hostage to a New Years Eve Party, this was not a $5 a night hostel bed in Amsterdam.

I went down to speak to the manager a little before 10. I, and another guest, spent quite sometime in back and fourth. He promised the DJ would turn the music down (the DJ was braying like a ban-jee into the microphone, he was super annoying), he promised the party would end early (it was not too crowded, and honestly and thinned out as the night went on, the music was like a bad YouTube House Playlist). Eventually, around 10:45 we came to an agreement, the music would be turned down, the party would end early, and he would give me a 50% discount for that day.

11 came and went and the party got louder. I went down again, and told the night manager he had lied and broke his promise. I asked to see the GM. He told me the GM was sleeping and he had total authority. I asked him why he lied "well, we have to make a plan." "But, you told me you have total authority." When it in his interest he claimed to have total power, otherwise he was completely helpless. He promised the party would end "soon".

Midnight comes and goes (without even a countdown, they couldn't even do that right). I and my friend in a different room go down and snap (my friend's room didn't have working hot water, and the handyman simply said "it is because you are a in a bad room, and walked out leaving the tap running). We demand this be ended, it is 12:15.

The following day my wife and I pay our bill. It takes them 20 minutes to total it up. Then about 30 minutes after we returned to our room, the front desk called to inform us they had undercharged us by 60 USD, and could we please return. I refused.

If the night manager had been honest up front and said there was nothing to be done, and offered me that night free, I wouldn't have been pleased but I would have accepted it (and because of their incompetence it ended up being free). The back and forth, and lying, was infuriating.

Also, short of a hotel advertising at booking, a very loud New Years Eve Party, and it is made clear to the guests that sleeping will not happen that night, this type of Party should not happen at a "luxury" hotel. It was not a luxury party.

My wife and I went from feeling the Haile was acceptable but not great, and planning to use it for one night stays when going to near by villages to refusing to ever stay in a Haile again.

Also, the hotel did not enforce the mask policy. On the airport bus many people (including the driver) did not wear masks all the time. Many people walked around the lobby without masks, took the elevator without masks.

The food is overpriced and mediocre. One night we were forced to order there very mediocre 450 BIRR buffet because the al-a carte menu was not available, for unknown reasons.

I would like to say thank you very much for sparing your precious time & gave us your sincere comments about our service during your stay here with us. All the feed backs that you have given us are communicated to all concerned body for immediate action & better improvement. I would like to ask you sincere apology for the inconvenience happened to you. I would be very happy to see you again & to meeting you in person on your next visit to Haile Resort, Arba Minch.
All the management & the fellow associates are really very happy & thankful to you.
We continue to be committed to provide you and all our guests with the highest standard of service.

Looking forward to having you here at our Resort again.
Kind regards,
Getinet Tariku

Report response as inappropriateThank you. We appreciate your input.
This response is the subjective opinion of the management representative and not of TripAdvisor LLC
adiamt2020
3
Reviewed 15 December 2020
The best hotel in Arba Minch

Haile Resort was one of the best part of our Trip to Arba Minch, a beautiful city. The shuttle was already there when we arrived in Arba Mich, so there was no trouble getting to the Hotel. The Hotel is very clean, and I would say they have the best Staff. The staff is professional, always checking if we were doing fine, if we needed something, they were always smiling. The hotel takes good precaution in relation to Covid-19 even though cases are very small at Arba Minch. The breakfast is very nice, they have a variety of both local and international food. The swimming pool very clean and well kept. Spa is complementary to the room, and I really love their Steam Bath. We enjoyed our stay there and I would definitely choose Haile again if I go back to Arba Minch......I would also have to say that I have seen the other hotels as well, but Haile was our choice and we had no regrets. Plus, we got a seasonal rate which was a great deal.

Room tip: Lake view rooms are the best as you get to enjoy the beautiful nature outside including the jungle and the lakes.
Ask adiamt2020 about Haile Resort Arba Minch
Thank adiamt2020

Dear Adiam,
Thank you for choosing Haile Resort - Arba Minch
We would like to thank you very much for sparing your precious time & gave us your sincere comments about our Resort during your stay here with us. Your comment will always help us to serve you and all of our guests better in the future. All the management & the fellow associates are really very happy & thankful to you. We continue to be committed to provide you and all our guests with the highest standard of service.

Looking forward to having you here at our Resort again.

Report response as inappropriateThank you. We appreciate your input.
This response is the subjective opinion of the management representative and not of TripAdvisor LLC
View more reviews
PreviousNext
123…17
<script type='text/javascript' crossorigin='anonymous' async onerror='__scriptLoadError(this,true);' src='https://static.tacdn.com/asset