Nice apartment, shame about the lack of... - Review of Modern Studio Apartment at Pizzo Beach Club with Facilities. Free Wi-Fi.

“Vacanza”
b3l6XzI0XzJNdg==
other travellers have booked this property 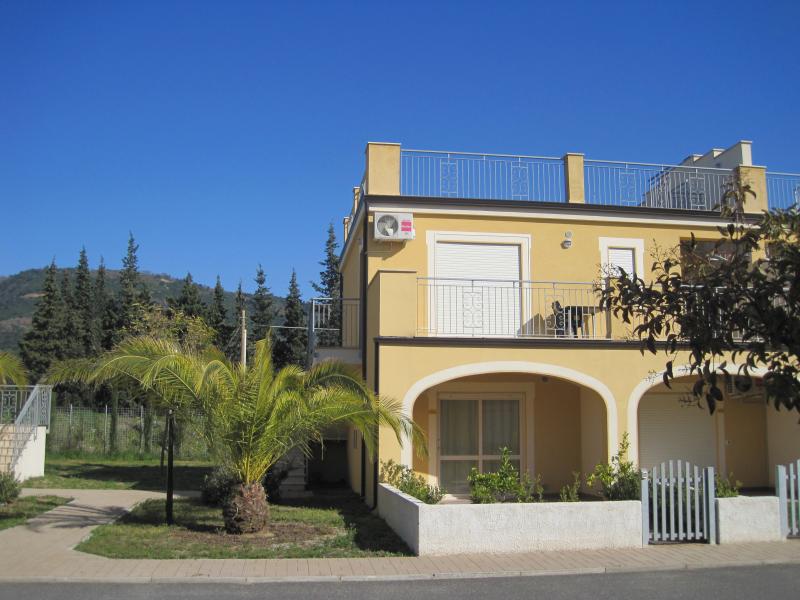 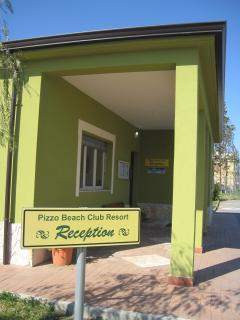 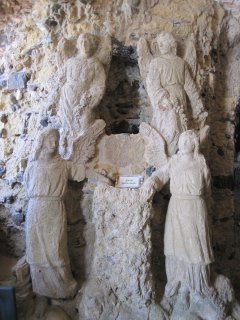 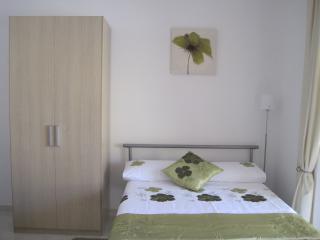 Very good - based on 13 reviews
Write a Review

95 helpful votes
“Nice apartment, shame about the lack of on-site facility`s”
Reviewed 24 July 2013 for a stay in July 2013
1
person found this review helpful

The apartment mentioned is fine and has all of your needs whilst on holiday, the only exception being - NO TV service of any description, (so bring along plenty of DVD`s for the kids). The air-con was great and the terrace outside was a sun-trap in the afternoon/evening with a drink.
The complex facility`s for a single guy are poor in my opinion, reasons being that the complex is totally off the beaten track and a car is a MUST! There is no on-site supermarket, no beach facility`s for refreshments/eating etc and the bar set-up was a joke! The nearest supermarket was in pizzo town which was a 20min cab drive at 20 euro`s each way but there is a vegetable farmshop within a 20min walk along the fast road towards pizzo town. The "bar" which was more like a tuck-shop & would not open until 11.30am at the earliest and then it would shut at 2pm and then open again at 5pm onwards. The opening times stated were at the girl who run its discretion and would always open later than advertised. The girl who run the "bar" was rude & abrupt in my opinion and seemed like she did not want to be there and was just blatantly rude and would throw your change back at you across the counter which on speaking to a few other holidaymakers felt the same experience. It beggers belief that a complex would have restricted bar opening times in the height of summer season!
The advert states car hire recommended but i would say its essential for reasons stated above. Also i would not recommend this complex for solo travellers as it is a very family orientated resort. I was lucky that a English woman with her children took pity on me and let me basically holiday with them and run me into town for essentials and meals of a evening, otherwise i would have been up the creek.

Date of stay: July 2013
Liked best: the air-con
Liked least: No Sky/satellite or TV service of any description
Travelling group: Solo Traveller
Would you recommend this hotel to a friend?   No.
Recommended for:
Was this review helpful? Yes
This review is the subjective opinion of a TripAdvisor member and not of TripAdvisor LLC
Problem with this review? Thank you. We appreciate your input.

Date of stay: July 2017
Was this review helpful? Yes
This review is the subjective opinion of a TripAdvisor member and not of TripAdvisor LLC
Problem with this review? Thank you. We appreciate your input.

Date of stay: August 2016
Was this review helpful? Yes
This review is the subjective opinion of a TripAdvisor member and not of TripAdvisor LLC
Problem with this review? Thank you. We appreciate your input.
Previous Next
1 2 3
Updating list...
Do you own a holiday home? List it here.

Looking for a place to stay in Pizzo?
View all 106 holiday rentals