Hotel Le Coorg
Hotel Le Coorg
5 people are viewing this hotel
Lock in the lowest price from these sites
$17
Free cancellation until 05/06/22
Reserve now, pay at stay
View deal
Agoda.com$17
StayForLong
Prices are provided by our partners, and reflect average nightly room rates, including taxes and fees that are fixed, known to our partners, and due at time of booking. Other miscellaneous taxes and hotel fees which are not fixed or due at time of booking may be payable at the property at time of stay. Please see our partners for more details.
Malcome65
Vasai, India
133 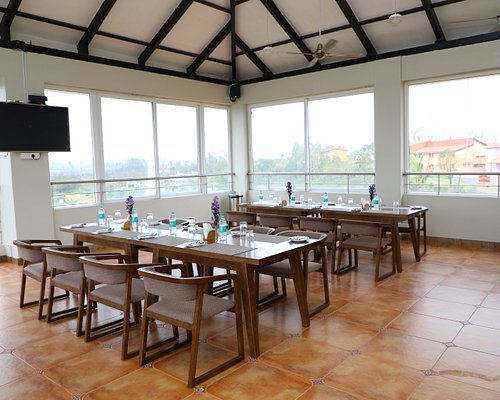 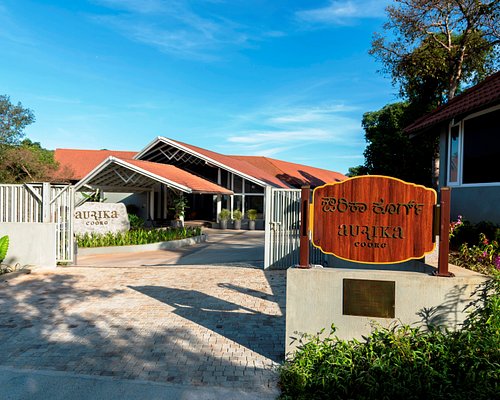 Taking safety measures
We compared the lowest prices from 9 websites 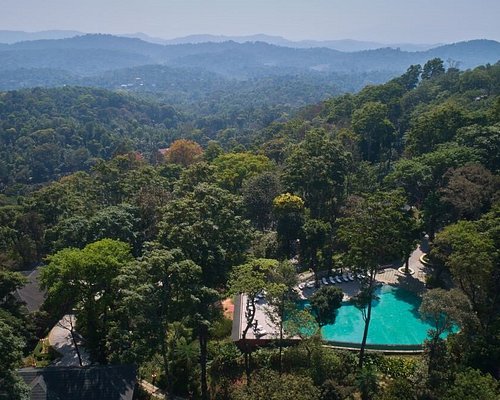 Food quality was good ...& Specially that Aloo-Paratha...Room service average...
The restaurant manager Mr PIMBA is very loyal & helping to everyone...
Thanks Mr PIMBA for serving us with such a prosparity...

Thank you for your valuable feedback .

Your kind words of acknowledgement for our service and the staff is much appreciated and we look forward to creating such memorable experiences for your future visits as well.

We look forward to hosting you on your next visit to Coorg.

Report response as inappropriateThank you. We appreciate your input.
This response is the subjective opinion of the management representative and not of TripAdvisor LLC
mkaza123
13
Reviewed 13 February 2020
Excellent Hotel Stay near to major attractions

Thank you so much for taking time to write a review about your stay at Hotel Le Coorg.

We are pleased to hear you enjoyed your stay with us and liked the food & service... The team takes great pride in your feedback and we appreciate your comments and will share these with our team so that we can continue to improve our services.

We look forward to hosting you on your next visit to Coorg.

Report response as inappropriateThank you. We appreciate your input.
This response is the subjective opinion of the management representative and not of TripAdvisor LLC
Protozoa
Bengaluru, India
3315
Reviewed 4 January 2020 via mobile
Good

Hotel and room service was good. Reception staff was also good. However, the attached restaurant Zaffron was a huge disappointment. Located walking distance from Raja's seat, market place nearby. Rooms were clean but very small.

This review is the subjective opinion of a Tripadvisor member and not of TripAdvisor LLC.
1008kadian
2
Reviewed 28 December 2019
Supeb.. Hotel

I was just in love with this hotel. It was really amazing. If i talk about the beauty and scenery we can see from the window of room. It waa really awesome. Hotel service was very excellent and staff was very helpful.

Dear Guest, I would like to thank you for taking time out and sharing your feedback of your recent stay at Hotel Le Coorg. Guest satisfaction is our priority and therefore it is truly encouraging to receive feedback such as yours much appreciated in our search for excellence. We do value your patronage and do request that you allow us to welcome you back to Hotel Le Coorg so we can ensure that you have an enjoyable and memorable stay.

Report response as inappropriateThank you. We appreciate your input.
This response is the subjective opinion of the management representative and not of TripAdvisor LLC
nimishgoray
Pune, India
393253
Reviewed 14 December 2019
Decent hotel for a night halt at a good location in Madikeri

We stayed at Hotel Le Coorg while visiting Kodagu recently. The booking was done through Make My Trip and we selected the hotel based on some very good reviews on a couple of sites including TripAdvisor.

Our check in experience was good, we were welcomed with watermelon juice and a wet towel to freshen us up. Check in formalities were completed very quickly and the bell boys escorted us to our room in no time. The ambiance was good for a budget hotel.

The room was spacious and the bedroom and TV room were separate. The furniture was creaky and we has to be very careful while opening and closing the cupboard door. One major bummer was the upholstery, it looked unwashed and felt used. The room was also not cleaned up properly as we encountered hair everywhere, on the bed sheets, floor and bathroom - especially after we had asked for the room to be cleaned up.

The food was decent. We found the taste to be good, but that was only as far as the room service menu was concerned. I would have called the food good, but the vegetables were found to be stale at least on two occasions (pasta and soup).

The breakfast was bad. The staff told us that they would serve us breakfast only after 8 am, though the manager told us that food would be ready at 7:30 am.

For some reason, the hotel decided to serve us "kanda poha". It was the worst "kanda poha" that I had ever eaten in my life. I also found what looked like egg fragments in my "kanda poha", probably some guest had used the same spoon for the "kanda poha" and the masala omlette in the next tray.

The idlis were also sticky and under cooked, the batter had not fermented enough obviously. The saving grace were the dosas and the chutney. The sambar was also not that great. The tea was too thick for our liking.

Another bummer was the fact that their card machine did not work during check out. That must be a one-time problem, I believe.

Bummer number three was the fact that room service started only after 7 am and bread items were only served after 9 am. On the last day, we checked out at 7:30 am, breakfast was not ready contrary to what the manager informed us.

The hotel also had a ayurspa, a shop for coffee and chocolates among other things and also a games room which we did not get time to explore.

I found our stay experience to be less than satisfactory, the location was very convenient though, so maybe this could be a good option for a day's stay.