Fells like a modern Motel similar to the Moxy hotel concept. It is ok for one or two nights but would not base my holidays around this hotel. If you have an Ocean View room it tends to get very loud as the bar and pool is just a few steps in front of you. The property is very overpriced so I think there are many better options. My neighbors were complaining under my room because they heard me walk in the room so basically there is no insulation and you can hear everything. I dont think they should be charging more than 350USd per night in high season. I have stayed in many different places in Wailea and Kihei so can compare price vs quality.More

Aloha and mahalo for your feedback.

I sincerely apologize for the noise complaint that occurred during your stay. I understand how that could be an inconvenience to your stay.

Here at the AC Hotel Maui Wailea, we do our best in ensuring our rates are comparable to other hotels alike. I sympathize with you that traveling the Maui can be a very costly expense.

Once again, mahalo for your honest feedback. We sure hope to serve you again when your travels bring you back the Wailea.

A hui hou (until we meet again.)

Report response as inappropriateThank you. We appreciate your input.
This response is the subjective opinion of the management representative and not of TripAdvisor LLC
See all 26 reviews
Nearby Hotels 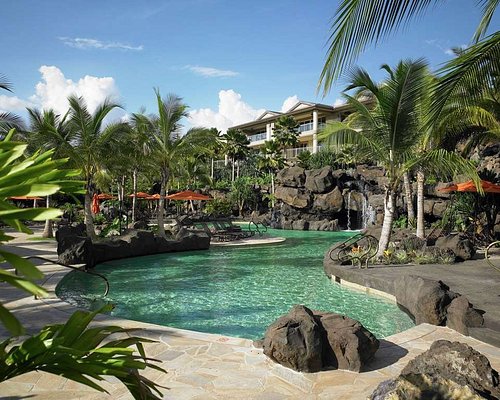 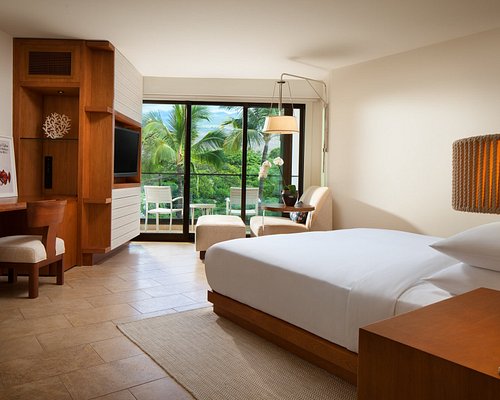 We recently stayed at the AC Wailea over New Years. I had read reviews of the place so knew what I was getting into. We have stayed in the Wailea area many times but the resorts were incredibly expensive over New Years so opted to stay here for the first time. Here are some things I think you should know.

Staff was very nice, always saying hello, welcoming. We never ever had an issue with housekeeping, they came around the same time (we were out). There is no bellman, no valet. I didn't bringing our stuff to our room (they have a luggage dolly) but if you had a lot of stuff or weren't physically capable, that would be an issue.

While the staff was generally welcoming, there seemed a sort of impersonal air that maybe comes with a Marriott. We've stayed at hotels over NYE that gave out hats and noisemakers on NYE. Those kinds of touches help make your stay.

We opted to head to the beach vs frequent the pool. Would have loved if the hotel had beach chairs you could bring with you (we've seen this at other hotels) but they don't offer this. We rented chairs which was fine and just kept them in our trunk. Both Wailea and Uulu beach are just a few minutes drive from the hotel and we never had a problem with parking. While the hotel says it's an easy walk, when you are lugging a bunch of beach stuff, we found it easier to drive. One gripe is the towels they provide. They are hilariously small - smaller than our bath towels! Would be great if they upgraded to a bigger size. As a result, we ended up bringing at least 5 towels with us to the beach each visit.

Our room was fine. Yes there are only two drawers but we made it work - it was fine. Our room was available early which was nice. The room faced the street but we didn't hear the noise. We also still had a view of the ocean (4th floor) and amazingly enough, we had a great view of the NYE fireworks from our lanai. But the bed, sofa were comfy. Bathroom could have had more hooks for towels (and more towels) but worked for the two of us.

Overall, this is NOT a resort hotel, this isn't a full service hotel. You don't get a lei upon arrival. But we knew that going in, we've been to the area, we didn't spend a lot of time at the hotel. Can't remark on the bar or food since we didn't use it. We were going to use the gym but noticed a lot were in there sans mask so we opted out.

We did appreciate the live music. We also liked that the hotel is actually quite small. Walking from the room to the car was super quick - unlike the bigger resorts, you're often waiting on a valet to bring your car to you. Location to the shops was easy too and parking was free so we often went there for food or shopping.

At the end of the day, while I do love a beachfront hotel with the option of a beach chair, this was an adequate choice and I'd consider it again if everything else was too pricey.

Aloha and mahalo for your feedback. We appreciate the detailed review of our hotel. I am pleased you've enjoyed your stay here at our Marriott Select Brand hotel and sure hope to serve you again when your travels bring you back to Wailea. A hui hou (until we meet again.)

Report response as inappropriateThank you. We appreciate your input.
This response is the subjective opinion of the management representative and not of TripAdvisor LLC
Coastal38575668901
Igon, France
22
Reviewed 19 December 2021 via mobile
Housekeeping is terrible

They missed many days of room refreshes. And came in around 7PM for a linen change…even though we requested it in the morning. The housekeeping staff seems lazy…arriving 45 minutes after each request. And the management is non-existent…doesn’t care much about their customer complaints

This review is the subjective opinion of a Tripadvisor member and not of TripAdvisor LLC.
felixc
Seattle, Washington
266
Reviewed 16 December 2021
Great spot if you're looking for an alternative to the big resorts

Location: The AC is definitely not directly on the water. Rather, it is on a hillside overlooking the water. It's about a 15-minute walk down to the water.

It is a decent-sized hotel but is substantially smaller compared to a Marriott or full-sized resort. Personally, I like the size of this hotel.

It has an infinity-edge pool, hot tub, and large outdoor and indoor spaces.

In addition, there is a nice-sized fitness center with treadmills, a TRX, kettlebells, and a Peloton bike.

Cons:
- We could hear our upstairs neighbors walking around. I don't know if it's the construction or they were just wearing shoes or boots.

This review is the subjective opinion of a Tripadvisor member and not of TripAdvisor LLC.
TootnGator
21
Reviewed 2 December 2021 via mobile
Best service in Wailea!!!

Best service in Wailea!!!
We initially booked our trip for the Residence Inn right up the street from the AC but they didn’t have a room for the first night of our trip. So we booked the AC Marriott for the one night.
We were so impressed with the staff, the cleanliness, and the location we asked to extend our stay with the AC and canceled our reservation at the Residence Inn. It’s also less expensive.
Jayzer at the front desk helped us coordinate the whole thing! He even toured us on the rooms available so we could pick which one we want.
The views are spectacular from pool area. The drinks and food are great too. Mark at the bar is so friendly and helpful. He makes some great drinks and great conversation.

The breakfast buffet at first glance looks pretty lite. But there’s is a menu to select dishes from and you can order as much as you want. They should definitely get some pics up of the waffles, egg toast, and avocado toast to entice you in to eat there. For $22 pp you can’t find a better breakfast nearby with the variety they have.

The location is perfect. You are up high enough for a view but still close enough to walk to Akamai Coffee in the morning and the Shops at Wailea. Also very easy walk to Wailea Beach our favorite spot.

Don’t worry about what people say about the parking lot being in the view in the other reviews. Who cares!!! You’re in Maui and the view above the parking lot is beautiful!
We are planning on staying here next time we visit. We are so glad we were able to stay the first night and be exposed to this great hotel.

A big MAHALO to the entire staff!

This review is the subjective opinion of a Tripadvisor member and not of TripAdvisor LLC.
np111
Houston, Texas
4674
Reviewed 6 November 2021 via mobile
Great but read all the reviews.

Read the reviews carefully. Although we are having a great time here, the complaints are accurate and you need to determine what is important to you.

The one complaint that is extremely valid no matter what your circumstance is the lack of drawers. There is empty space where you can put things but considering that
most people stay for days, the lack of drawer space should be considered heavily for your personal preference.

I am currently sitting on our oceanfront balcony. It is gorgeous. It does in fact overlook the parking lot. It’s not that pretty but the pool and ocean are gorgeous so it doesn’t bother me. It could very well bother you.

The staff is in fact great. We asked for lotion and got it within five minutes. They do have daily room service which during Covid is not at all a given.

Personally, I think it is much better than the Marriott Wailea beach club bc it is not a congested massive hotel. It is very quiet. It is also November 2021 and I’m guessing half full so maybe it’s not always quiet. We also used Marriott points and I doubt I’d feel quite the same had we paid the $850/night that is the current rate for this room.

There is zero privacy from the bathroom. Yes there is a door but it is opaque and provides zero noise or light protection. If your roommate turns on the light in the bathroom during the night, you will feel like you are living the scene in Christmas vacation.

A definite plus is that they have a peloton in the exercise facility. Peloton addicts understand.

It is super close to the golf courses.

All in all it is a great experience but you should carefully consider what ia important to you.

Thank you for staying with us and sharing your experience. We 're glad you enjoyed your ocean views and we also appreciate your acknowledgement of our team members' great service and hard work.

We'll make sure to share your feedback and recommendation for future improvements.

Report response as inappropriateThank you. We appreciate your input.
This response is the subjective opinion of the management representative and not of TripAdvisor LLC
View more reviews
PreviousNext
1234…