We stayed here after a visit to Gili Air which is literally a 45mins boat ride to Amed. We were going to return to Canggu but heard from quite a few people about Amed and Griya as the ‘best place to stay’. All the recommendations were 100% right. We arrived from Gili to be picked up by the European manager of Griya who gave us a great insight into Amed and made some very helpful suggestions of what to do and where to go. The check in was 5 star and reception staff also enticed us to book into some spa treatments during our stay which of course we did. Then there’s the one bedroom pool villas! These are well designed to take in the breathtaking views and enjoy privacy and perfect for a romantic get away or solo Covid break. The food at Griya was definitely the best choice of where to eat during our stay. It’s a 5 star experience made even better by helpful staff, good management and a good variety of food to choose from on the menu. We even stayed an extra 2 nights. I will definitely be back in September. Thank you Hanu, Adi and the team.More

Show less
Trip type: Travelled as a couple
See all 521 reviews
Nearby Hotels 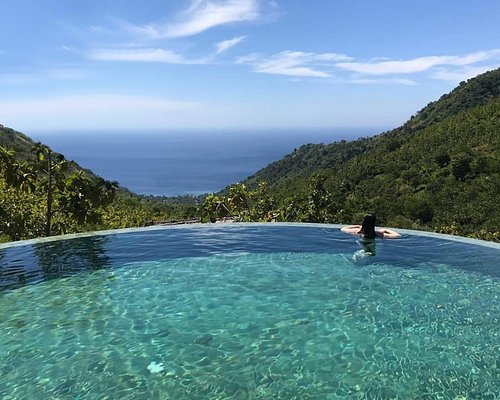 The hotel is marketed as a luxury hotel. Which means it has QUALITY and CONSISTENCY.

The fittings, furnitures, rooms and design are all TOP QUALITY. However, the owners are probably taken a ride by the manager, which is not interested in his job, thereby causing inconsistent service.

Airport pickup (Better avoid even if it is free). Contacted the manager (Hannu Martonen) three days before arriving via Whatsapp. Does not reply even there was an email saying to contact him. He only got the driver to come in early morning the day of arrival. (5 months of not using the car, and not interested in checking working condition, local driver had to jump start the battery and use a dead air cond to pick up guest for 3hrs). Mr Hannu apparently is not available and is somewhere in Denpasar, probably enjoying at the expense of the client.

Second day breakfast at 7am was fine. On the third day, the breakfast hours is now suddenly 8am. With an excuse of new working hours. Now, it seems like Mr Hannu is either a fictionous character or not really interested in his work. There is only two occupied room and they cant even serve breakfast at 7am (standard operating). After a whatsapp message, he confirms he is working at the resort and I can order the night before. At this point, I was expecting a chat with Mr Hannu. I had to get the front desk to actually call him, as he wasnt even interested. I guess thats their hospitality at its best.

It was "I heard of the incident", "sorry (after 2.5days missing)", "you can order your breakfast"

The staff is looking for direction and trying to offer their best, but looks like guidance is lacking. I asked whether can they complain about the manager, and they said "locals have no access to the owners. the manager is king". Its even concerning that the owners rely solely on the Manager's word.

Again, when water dispenser is not working, tried calling front desk (no answer), and walking to the front calling out for security is non existence. With video proof, the manager had no choice but to rush out and says he is there. Next day, after asking the manager why could he swap out with empty unit or get it fixed, he says "we cant fix it." "if you need hot water, you can boil it yourself". Expect this level of service.

It is a pity the owner invested so much cost and care into this facility to be mismanaged by someone that doesnt care. And the worst is, only two occupancy.

Manager when confronted doesnt even knows that there isnt anything positive in the comments in last three months. So I suspect its an "yeah, cut/paste standard reply".

I am writing this hopefully you do not have any expectations. Only thing you can depend is the rooms, and views.

Will I come back? for the quality yes, but everything else, you need to tolerate.

This review is the subjective opinion of a Tripadvisor member and not of TripAdvisor LLC.
Timothy C
Bali, Indonesia
103
Reviewed 18 June 2020 via mobile
Poor Advertising

The sign on the street lures you in for their 2 for one happy hour but when you place your order, you are informed that due to the pandemic the special is not available. I truly understand the need for this cutback, but for goodness sake, you’ve had months to cover up the sign offering the promotion that you’re not honoring!

This review is the subjective opinion of a Tripadvisor member and not of TripAdvisor LLC.
Eippa
Bedminster, New Jersey
2536
Reviewed 17 March 2020
Have some luxury in your life....

My husband and I spent three nights at the Griya Villas and Spa in March. This boutique hotel is so beautiful we didn't want to leave it: we truly enjoyed the villa itself, the food in the restaurant and all amenities. They have a good gym, we had two massages at the spa, and went to the mediation and yoga sessions. The hotel has beautiful views over the ocean and surrounding mountains, which can be admired from the villa, restaurant and rooftop bar. The nature is abundant in the whole property, beautiful flowers, plants and trees everywhere. The villa is well maintained and clean with all the amenities you need to have the most enjoyable vacation. Of course your private infinite pool is simply great to add on the list. When you want luxury vacation, look no further: this is the place. Will definitely return.

This review is the subjective opinion of a Tripadvisor member and not of TripAdvisor LLC.
J123456789
London
118139
Reviewed 10 March 2020
Excellent hotel, needs some decent linen.

The hotel was lovely, beautiful rooms, friendly staff and great food. Only downside was the bed linen which was old and of poor quality. Given the price of the room we expect cotton sheets in good condition.

One night there a Balinese dance show, which was excellent. Some customers sat at the front and talked loudly during the performance and played with their mobiles. Fellow guests. If you're not interested please sit at the back not right in front. Or perhaps come to dinner half an hour earlier or later so you miss the show. This behaviour was disgusting, Balinese dance has cultural and religious meaning. These people would not behave like this in church or in the theatre. I hope I haven't broken any rules here, I think it's a fair commment for the benefit of future guests and our hosts.

This review is the subjective opinion of a Tripadvisor member and not of TripAdvisor LLC.
KatiKTravels
Finland
123
Reviewed 3 March 2020
Perfect vacation

Stayed in Griya in February. Our villa with own pool was beyond perfect. Loved the breakfast and the restaurant served really nice dishes too. There are also other restaurants and little supermarket around the corned. We attended a yoga class in Life in Amed, which was nice experience. The massages in the spa were lovely as well. The beach close by was nice and the clear waters were perfect for snorkeling.
I would definitely come back.