We came for the aurora and found it ! - Review of TRANSVAAL HOUSE, pet friendly in Durness, Ref 2310

“We came for the aurora and found it !” 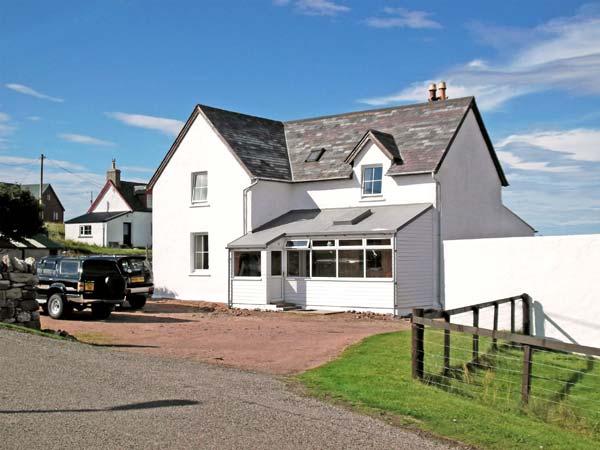 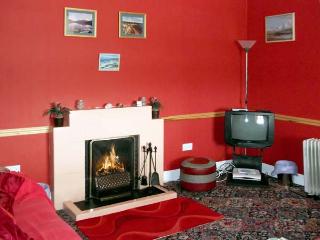 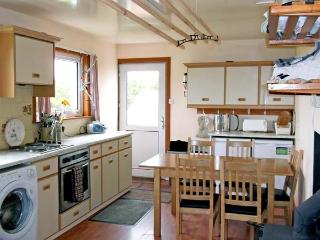 Very good - based on 8 reviews
Write a Review

I was invited to join a group of people to stay a week at Transvaal in Durness and what an incredible week it was. The main reason for the trip was to see the aurora and we did do on 4 out of the 7 days we stayed.

The house was brilliant. It was clean and there was enough coal/kindling to light each of the two fires (kitchen and lounge). In addition, there were storage heaters but it was a balancing act working out which was the cheaper as electricity was extra and the coal/kindling costs started to add up quite a lot by the end of the week.

Rooms were very adequate and comfortable but too cold without any heating when the temperature outside drops.

The kitchen was fabulous complete with Morsoe fire and enough cutlery, cups, pans to keep several coach loads of people happy. There was also a dishwasher, washing machine and separate fridge and freezer with a cloth hanger over the fire.

The garden was super - laid to grass with a compost heap to put the fire ashes on and the view out to the horizon was enough to capture the aurora without needing to travel far.

Area itself was beautiful and most people very friendly indeed. The local Spa was well stocked and the owner "John" could not do enough for us. Prices were well above the normal but hey, we were on holiday and it was remote - no complaints. Filling the car up was quite a shock at £1.56 a litre ;)

A nice beach less than a mile east from Transvaal - zero pollution and a great vantage point for the aurora. Smoo cave a little further down with "Caveman Colin" who was a wealth of information and a real top bloke. One pub which was open serving food - again, prices a little higher than normal and we ended up buying food from the Spa and cooking it ourselves. A shame, it would have been good for the pub to agree a cheaper price if the 4 of us ate there every single night - still, nevermind.

About 400 metres to the west of Transvaal along the same road is Cocoa Mountain, an incredible chocolate factory with hand made chocolates and a "dribbled" hot chocolate drink that is to die for. We did spend over £140 between ourselves on chocolate and yes, it really was that good.

A further half a mile down the road is another beach again, with spectacular views of the aurora over a graveyard and part demolished church.

It was a 14 hour drive for us to get there but will we return ? You bet and would happily stay at Transvaal again. It was very comfortable and there was a very warm community spirit evident that was very noticeable.

There was no wifi and none picked up around the house. O2 and Orange had a marginal signal and GPRS was hit and miss. Half a mile west and you lose both. Vodaphone did have problems during our visit.

Date of stay: January 2013
Liked best: The aurora
Liked least: costs to keep the place heated - would have been cheaper sticking with electric
Travelling group: Friends
Your age range 35-49
Would you recommend this hotel to a friend?   Yes.
Recommended for:
Was this review helpful? Yes
This review is the subjective opinion of a TripAdvisor member and not of TripAdvisor LLC
Problem with this review? Thank you. We appreciate your input.

kilmarnock
Reviewed 5 January 2012 for a stay in November 2011
Date of stay: November 2011
Would I recommend this holiday rental to my best friend?
Recommended for:
Was this review helpful? Yes
This review is the subjective opinion of an individual traveller and not of TripAdvisor LLC nor of its partners.
Problem with this review? Thank you. We appreciate your input.

Hexham
Reviewed 24 October 2011 for a stay in August 2011
Date of stay: August 2011
Travelling group: Family with young children
Your age range 35-44
Would I recommend this holiday rental to my best friend?
Was this review helpful? Yes
This review is the subjective opinion of an individual traveller and not of TripAdvisor LLC nor of its partners.
Problem with this review? Thank you. We appreciate your input.

North Wales
Reviewed 21 October 2011 for a stay in August 2011
Date of stay: August 2011
Travelling group: Family with young children
Your age range 35-44
Would I recommend this holiday rental to my best friend?
Was this review helpful? Yes
This review is the subjective opinion of an individual traveller and not of TripAdvisor LLC nor of its partners.
Problem with this review? Thank you. We appreciate your input.
Previous Next
1 2
Updating list...
Do you own a holiday home? List it here.

Looking for a place to stay in Durness?
View all 1 holiday rentals