Great afternoon tea.
Visited today for a birthday treat, staff were attentive and very approachable even with my questions . Afternoon tea was lovely with warm scones and extra clotted cream on request given.
Thank you for making us feel welcome.

Trip type: Travelled with family
See all 375 reviews
Nearby Hotels 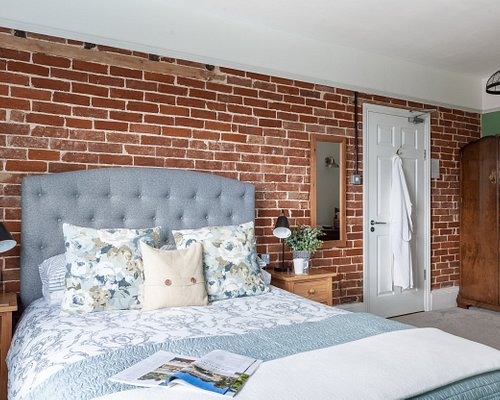 The building looks nice and we expected service to match the location but unfortunately, the staff has no idea how to run a restaurant.
They served a glass with lipstick still on it from a previous customer.
When we ordered some starters to share, they served no plates with it. So we had to call a waitress to give us some plates. A minute later they served us with BREAD plates to eat starter! We had to ask them to give us bigger plates so we could share some salad.
Then they took our mains order, 5 minutes later a manager comes to confirm the selections and in 20 they come back to serve the course and messed up everything!
Well, the meal was good. Thanks to the chef.
But the service is terrible. Just terrible.

This review is the subjective opinion of a Tripadvisor member and not of TripAdvisor LLC.
H390UCanned
Sandown, United Kingdom
22
Reviewed 3 October 2021
The elegant Albert Cottage (more a mansion than a cottage!)

Albert Cottage is a hotel with a wonderful restaurant. The dining room is very elegant, the staff are very friendly and helpful and the food is really delicious. There is a lovely atmosphere in such a beautiful setting, and it is wonderful looking out at the gardens on view outof every window.

Room tip: I did not stay at the hotel, only had Sunday lunch in restaurant
Ask H390UCanned about Albert Cottage - Hotel - Restaurant - Bar
1  Thank H390UCanned

This review is the subjective opinion of a Tripadvisor member and not of TripAdvisor LLC.
thedynamicduo01
Eastleigh, United Kingdom
5877
Reviewed 14 September 2021
Afternoon tea - RUINED

Without Prejudice: My wife and I tried to book afternoon tea on a day that was convenient only to be told that none of the dates were available due to weddings taking place. We were told that there was one Saturday where we could have tea in the small dining room so we booked this. We attended a little early, there was one other couple in the the dining room so we were surprised to be placed next to them and nearest to the door when numerous other tables were available. (No concerns about safe distances and covid?) Ordered the afternoon tea. Thirty five minutes later, we received an apology as apparently the kitchen was preferencing that days' wedding. Afternoon tea arrived - average but acceptable. We settled in to enjoy it only to have a cleaner come in, open a bottle of brasso, put it on a shelf next to where my wife was sitting and clean both the other and inner parts of the door. The over powering smell of brasso ruined the food and drink. Well, at least we could relax and chat, well we could until first a member of staff dropped their tray behind my wife and then the staff decided to turn on the industrial dishwasher next door. If one wanted to create a training video on how not to treat guests they need only to have filmed our experience. On leaving went to reception to complain but no one was there so decided to phone today. No reply for sometime and then the line was disconnected. There are numerous other venues on the island that would appreciate visitors custom so that may be a better choice.

This review is the subjective opinion of a Tripadvisor member and not of TripAdvisor LLC.
Corrine18
London, United Kingdom
1721
Reviewed 7 September 2021
Lovely hotel

Perfect location to visit Osborne House. We had a great one night stay here with perfect weather. Beautiful spacious room in a lovely small hotel. Garden is gorgeous too. Breakfast was tasty and would recommend.

Thank you for your lovely feedback, it’s much appreciated and I’m so pleased you enjoyed your stay.

Report response as inappropriateThank you. We appreciate your input.
This response is the subjective opinion of the management representative and not of TripAdvisor LLC
Shazam752010
64
Reviewed 23 August 2021
Fabulous Sunday Lunch

We booked for Sunday Lunch today after a recommendation by friends and we were not disappointed . I have to say it was the best Sunday we have had in a long time.We ordered the roast pork and roast beef ,everything was so fresh and tasty and homemade which makes all the difference. The hotel and grounds are amazing as well so all in all a great experience.

Thank you so much for taking the time to send a review; and such a lovely one too; customer feedback is so important to us.

We are so pleased you enjoyed your visit to Albert Cottage and look forward to welcoming you back real soon.

Report response as inappropriateThank you. We appreciate your input.
This response is the subjective opinion of the management representative and not of TripAdvisor LLC
View more reviews
PreviousNext
1234…