Colonial splendour on a budget - Review of Hotel Woodlands Matheran

Colonial splendour on a budget

We so enjoyed our 3 nights at this hotel. Set in the woods about 10mins walk from the station, it has carefully tended gardens and swing beds..perfect place to sit and read a book disturbed only by the friendly hotel dog. The veg. food was delicious and you can get a beer!
Lots of wild life, one of the staff had an air gun to see off the monkeys so we could enjoy breakfast on the terrace undisturbed. Lots of good walks around Matheran, it was like being on an island. Wonderful that there were no cars or even cycle rickshaws, though I felt sorry for thoes rickshaw pullers with huge loads behind them.More 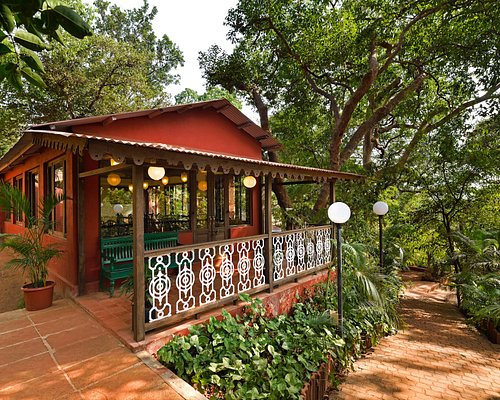 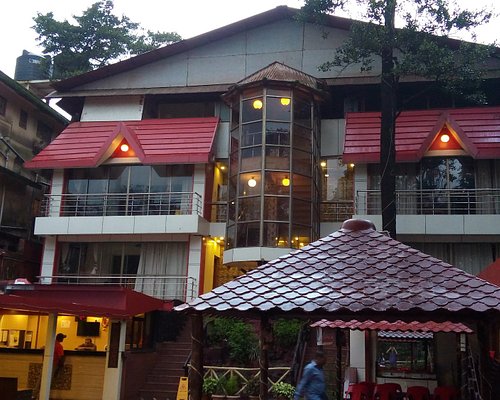 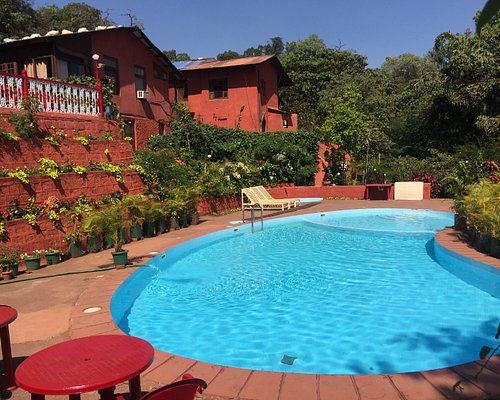 This review is the subjective opinion of a Tripadvisor member and not of TripAdvisor LLC.
TJSLondon
London
4926
Reviewed 4 April 2009
charm, excellent food and monkeys

We read mixed reviews about Matheran but lots of good things about Woodlands. We took a chance. Once you get past the dust you will discover the charm of Matheran. We spent two days and two nights and we loved every minute. Please choose Woodlands. It is away from the town, in the woods. Delicious fresh food is served, three times a day, at your leisure. The staff are young and friendly and we (like previous reviewers) were accompanied on our walks by Roger and Julie the dogs. It's described as a budget hotel, no frills and excellent value. No shortage of monkeys either!

This review is the subjective opinion of a Tripadvisor member and not of TripAdvisor LLC.
JaipalMumbai
Mumbai
14
Reviewed 15 December 2008
Excellent place

The presentation onWoodlands Hotels is not good enough. The only photo put up on the net is a partial front view. When we checked in it was a totally different reality. The Hotel is ideally located in the woods. Away from the hustle and bustle of the Market, the place is quiet and serene. One wakes up to the chirping of the birds and an occasional sound of the hoof of the horses. If one is an avid bird watcher,well,it is a feast for the eye.The hotel is manned by an efficient staff. The food is tasty andin generous proportions and served in the rooms with warmth and dedication. The hotel has a good badminton court, a table tennis table and some indoor games. It also has a small library if one doesn't want to venture out.
There are a couple of strays affectionately called JULIE and RAJU. These dogs have truly sanitised the place from the one nuisance : Monkeys.The dogs accompany the guests on their walk and also protect the guests from the monkeys. Julie is no doubt a wonderful and very very affectionate watch dog.
A haven for families and couples, with a lot of greenery, good food and serene surroundings it is an ideal getaway. A home away from home.
Jaipal

This review is the subjective opinion of a Tripadvisor member and not of TripAdvisor LLC.
pcsarkar
Kolkata (Calcutta), India
8873
Reviewed 29 October 2008
Just too good..

I had no great expectations of Woodlands.. in fact the only reason I booked it was that I could not find ANY ADVERSE comments about the hotel in the net. In fact the profile and pictures of itself, which the hotel had put up on the net, were not impressive at all. But on checking in, I was amazed as to how spacious it actually was, completely insulated from the filthy surroundings that is Matheran, and how well equipped. The food was homely, tasty, in generous portions and served with affection and dedication by the staff. I had heard that Matheran was plagued with monkeys. Well, a couple of stray dogs, affectionately called Julie and Raju by the staff, had made the resort their home. These friendly creatures had sanitised the placed so well that no monkey or its stupid brood could be seen in the vicinity. Julie, an affectionate tail-wagging creature was in her snarling, aggressive form, while giving a chase to a huge snake, in front of my eyes. The dogs would even accompany guests on their walks, so that they would be protected against vicious monkeys and other forms of ‘nature’, including lack of proper signages, which invariably caused visitors to get lost. God Bless the owners of Woodlands. I would request them to put up proper pictures of themselves on the net, though.

I guess Woodlands Hotel can be a haven for couples as well as families, looking for peace and quiet.. good homely food, lots of greenery, leisure to read books (the Hotel has a small, cute library), kiddish games and generally chill.. as compared to the more commercialised hotels down the main bazaar of Matheran, where the incessant clomping of horses, dust and grime from the broken tracks and all-pervading smell of horse feces and urine, can easily make a sane person go insane..

This review is the subjective opinion of a Tripadvisor member and not of TripAdvisor LLC.
View more reviews
PreviousNext
1…1314