$107
$102
Reserve now, pay at stay
View deal
Priceline$107
Booking.com$102
Hotels.com$102
Travelocity$102
CheapTickets$102
Orbitz.com$102
View all 10 deals
Prices are provided by our partners, and reflect average nightly room rates, including taxes and fees that are fixed, known to our partners, and due at time of booking. Other miscellaneous taxes and hotel fees which are not fixed or due at time of booking may be payable at the property at time of stay. Please see our partners for more details.
TJMichel
Cologne, Germany
6756

The King Fisher Resort was our base for exploring the island of Santiago. It is a very nice and well run resort on the northern tip of the island. The rooms were spacious and clean, the terrace looking at the little bay really beautiful. Breakfast was good. It is a 15 minutes walk to the city center of Tarrafal, which felt safe even at night.

See all 99 reviews
Nearby Hotels 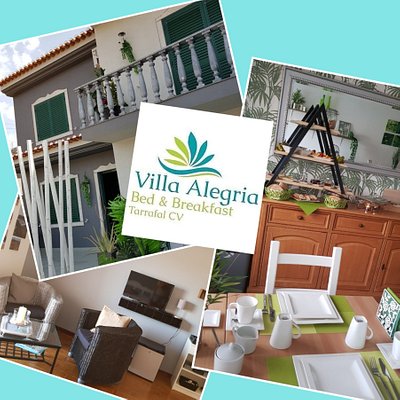 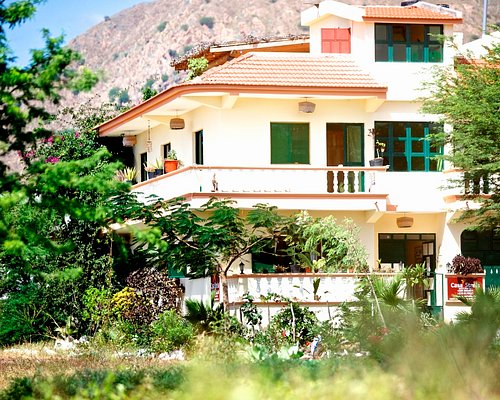 In September 2017 I did 12 dives in Tarrafal with Georg from Santiago Dive Center and his team. Georg's service and the dive center were excellent and diving with them was a lot of fun. I did some really nice dives and will surely go back to Tarrafal for diving. I've also been diving in Sal und Sao Vicente and diving is less good there compared to Tarrafal.
Tarrafal is small, quiet town with relatively few tourists. There are some nice restaurants and a few good hotels. One of them is the King Fisher Resort, where you can find the Santiago Dive Center, another highly recommended hotel is Vista Mar.

This review is the subjective opinion of a Tripadvisor member and not of TripAdvisor LLC.
Jo D
Leuven, Belgium
4919
Reviewed 12 March 2017
colourful

The resort has a nice feel, offers the basic Western comfort, offers great terraces, an outdoor bar that is open from 14 to 20, a basic breakfast buffet, Wifi that works when you're close to reception, a kitchenette (extra drinks can be ordered), cleaning upon request, and most of all tranquility. Mosquito's are guests as well. It's location is great, and swimming in the secluded bay is easy to access.

This review is the subjective opinion of a Tripadvisor member and not of TripAdvisor LLC.
Miroslaw1974
Wroclaw, Poland
52
Reviewed 24 February 2017
Relax with amazing sunsets

This review is the subjective opinion of a Tripadvisor member and not of TripAdvisor LLC.
Grant W
2
Reviewed 18 February 2017 via mobile
Day Cruiser

Had a wonderful day cruise of the harbor on Friday Feb 17th 2017. The best time watching dolphins out in the harbor. The captain rick, was very nice and Karen and mike answered our questions through it the day.

This review is the subjective opinion of a Tripadvisor member and not of TripAdvisor LLC.
saronic
Zurich, Switzerland
21902033
Reviewed 28 December 2016
relaxing on private sunbeds

It had been a spontaneous decision to pass by here and ask for a vacancy. We were lucky that Ursula was present, who later told us that she is from Kiel in Northern Germany and that she and her late husband (of whom there is a bust in the resort) had started this place back in 1995, slowly expanding it to the actual size of 10 apartments and 5 rooms.

Officially a minimum stay of 4 nights is required, but being off season we could use the apartment called 'Maio' (they are all called after Cape Verde islands) for 2 nights. We immediately liked it. One could feel that a lot of passion, what the Germans would call 'Herzblut', has gone into the build-up of this place.

All was spacious, aesthetically pleasing with its touch of African decoration, and we especially liked the big outdoor area with the kitchen and the sunbeds, on which we would lie down and watch the big coconuts high above our heads gently swinging with the wind in the palmtrees.

There were hardly any insects, when there, but it had mosquito screens behind the windows and the door, and also a net above our bed. There is no A/C, just a ventilator on the ceiling. The bathroom had a good shower, but no toiletries are offered.

Reception is open from 9 am till 5 pm, and we didn't see Ursula anymore after our arrival. What is permanently around is the security behind the closed gate. There is no restaurant on site, but a breakfast is offered after 8.30 am at an extra-charge and one kind of a snack or soup, which changes daily. A small bar again with an outdoor chillout area is open from 3 till 10pm.

There is no swimming-pool, but a dive-center is within the premises of the resort. When the sea is quiet there is the chance to swim in the cove below the resort, to which stairs lead down.

For dinner one has to walk for about 15 minutes through a dark, undeveloped area, which I wouldn't recommend for a woman alone at night, to one of several restaurants in the town center. There one also finds the super-markets, if one plans to use the kitchen in the apartment.

This review is the subjective opinion of a Tripadvisor member and not of TripAdvisor LLC.
View more reviews
PreviousNext
1234…
<script type='text/javascript' crossorigin='anonymous' async onerror='__scriptLoadError(this,true);' src='https://static.tacdn.com/assets/assets/jb_4W2.406cafa9.es5.js' data-rup='assets