Location is very near to the river, the beach, downtown Ogunquit. Room was very clean and bed was comfy. We had a ground floor on the back of the property. We had chairs to sit on the porch, but would have appreciated a balcony like most rooms had....still it's not a complaint, just a preference. We will be back. Staff was friendly, there is a lovely pool.

Room tip: ask for a room with a balcony.
See all 415 reviews
Nearby Hotels 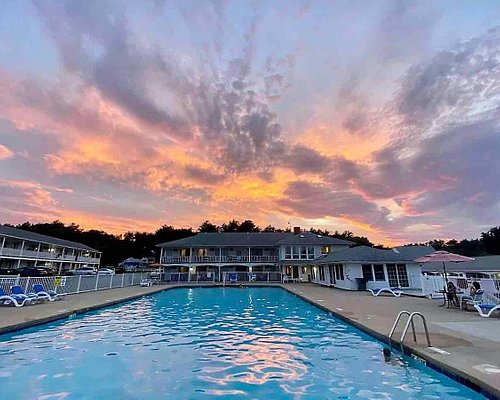 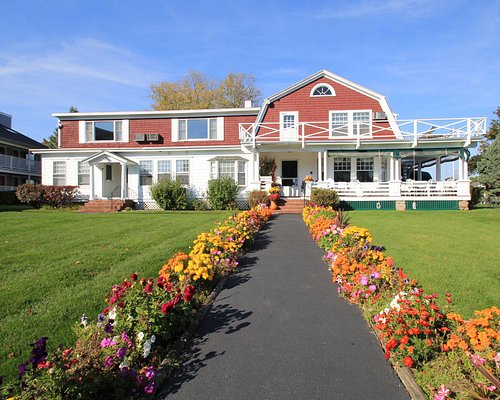 Breakfast included
Terrace By The Sea
$210

The location is great, the garden areas are beautiful and that’s about it. The room was shabby…at least our room was. There was 1 chair and it looked like it came from a dump. The room was clean, but I still would not walk around without shoes on. The outside deck is one, long shared deck in the unit we stayed in. I saw other units that were private. We did use the laundry facility on location and that was a plus!

This review is the subjective opinion of a Tripadvisor member and not of TripAdvisor LLC.
Johannah M
Boston, Massachusetts, United States
4875
Reviewed 9 September 2021
Lovely stay on the beach!

We had a loft room in 116 and hope to get the same room next year. The furniture is a bit dated but the location is outstanding. My little ones enjoyed the loft and we had a partial ocean view. There are deck chairs outside the room. The pool is amazingly warm and clean. Staff was friendly.

This review is the subjective opinion of a Tripadvisor member and not of TripAdvisor LLC.
jaytravel9999
81
Reviewed 20 August 2021 via mobile
Great Stay

This review is the subjective opinion of a Tripadvisor member and not of TripAdvisor LLC.
susanrT7827SY
7
Reviewed 1 August 2021
Service and Property Declined

Truly what was once our favorite spot in Ogunquit has declined to the point where we would not stay again after our most recent visit. We were so happy to be back after COVID kept us away for the 2020 season. We used to be greeted like family from the front desk where the two women who ran it were such a great team who put forth incredible customer service. In there place is a grumpy man who is abrupt and dismissive,
The hallway carpets are absolutely disgusting. The paint is chipped on the hallway doors. The windows are in dire need of washing in both the lobby and the room. What good is a slider to look down toward the river if it is covered in filth and grime. While we do understand that COVID has made life a little different, when we told the man at the desk about how dirty things were and he cited COVID as the reason, we thought it a poor excuse as it should not keep things from being clean, if not extra clean.
It is unfortunate that after many years we will have to find a new place to call our favorite in Ogunquit, It is sad to see this property go down the hill as it has such a perfect location near both the beachh and the town. But we will not sacrifice cleanliness and customer service for location. There are plenty of places to stay in this charming seaside town.

Thank you for your review. I am so sorry you didn't have a pleasant stay with us this year. I have passed along your notes to everyone on the team.

Report response as inappropriateThank you. We appreciate your input.
This response is the subjective opinion of the management representative and not of TripAdvisor LLC
pennmike1997
Philadelphia, Pennsylvania
4057
Reviewed 31 July 2021
Uncaring about guest safety

A friend and I checked in, were handed keys to our room (physical keys with the room number on the tags), and went to our room. (Comfortable yet dated decor, but perfectly clean and spotless.) Fifteen minutes later, a family of four suddenly unlocks and opens our door! The staff had assigned them to our same room and given them additional keys! After an awkward moment for both parties, they left to go back to the office.

No attempt was made by the staff to reach out to us to explain/apologize. Later I went to the office to complain. One of the two staffers from earlier was there -- his words were apologetic but his tone seemed dismissive and uncaring. In fact, he blamed the mistake on his colleague, who was not present.

After the trip I received an invitation by the hotel to submit a guest satisfaction survey. I explained how troubled I was by the gross carelessness and lack of safety exhibited by the office staff. That was three weeks ago, and no one has followed up with me.

I will look for a different place to stay for my next visit to Ogunquit.

It's too little too late, but I am sincerely sorry about this. We care a great deal about guest safety and this isn't something we strive for.

I have experienced this myself at a hotel, and know how odd it is. This was a mistake on us and we worked to fixed quickly. I am sorry no one followed up with you directly afterwards to check in, and glad you enjoyed your stay otherwise.