Budget Inn Okeechobee
Lowest prices for your stay
Lock in the lowest price from these sites
US$ 90
US$ 77
Free cancellation until 13/03/21
Reserve now, pay at stay
View Deal
eDreamsUS$ 77
FindHotelUS$ 90
PricelineUS$ 77
Agoda.comUS$ 77
ZenHotels.comUS$ 86
StayForLongUS$ 90
View all 16 deals
Prices are provided by our partners, and reflect average nightly room rates, including taxes and fees that are fixed, known to our partners, and due at time of booking. Other miscellaneous taxes and hotel fees which are not fixed or due at time of booking may be payable at the property at time of stay. Please see our partners for more details.
Meander255917
Trenton, Tennessee
84

The lady at the desk was very nice. She directed us to our room. When we turned down the bed, a woman's earring was in the bed, and pubic and other hairs were in the sheets. Clearly the bed had been used briefly and left to appear as if it had been cleaned. There was also hair on the blankets covering both beds. We were moved to another room that was not much better. Beds appeared clean, but used soap in the shower and not enough towels. We asked for more but could not get them since housekeeper was not there. This little motel used to be clean, but has clearly been neglected. Compared to other accommodations in town, it's relatively cheap, but in this case you get what you pay for. Spend a little more and get a clean room.More 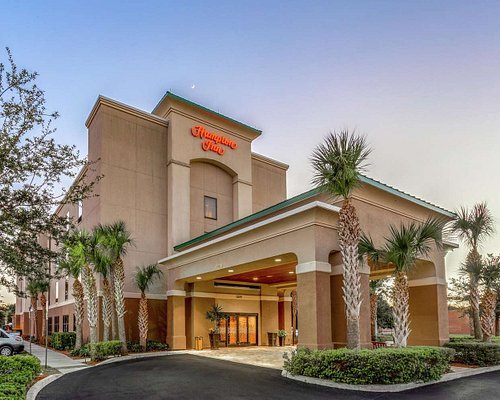 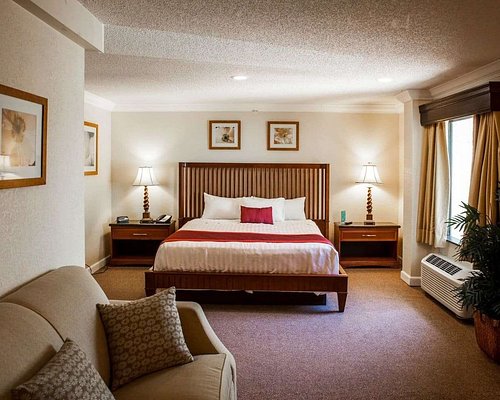 My husband and I wish to commend property manager Chenara and Lupe for making us feel at home. Although this Budget Inn is part of a large chain it is run much like a mom n pop, cozy, clean and with all that you need. Also the parking lot very well lit so we felt safe. One of the greatest things this hotel has, is, LOCATION. It is at the center of Okee city and two blocks walking to downtown strip for a mom n pop breakfast at Gladys that all the locals enjoy. Another great thing about this specific Budget Inn, is the incredible low price, compared with other hotels near by. We truly recommend this homey Budget Inn.

This review is the subjective opinion of a TripAdvisor member and not of TripAdvisor LLC
Tom C
Pompano Beach, Florida
7617
Reviewed 23 September 2018
You get what you pay for

Spent several nights was there for business. Old place but looks like some up grades. The bed was fine slept well, TV was old but got enough channels and WiFi worked nicely .The lady inside the office was nice. I like a hot shower after working hard but lukewarm does not cut it. Had tons of pressure but come on. The soap was so thin only had one side and no shampoo. The free breakfast was like dollar tree stuff glad McDonald's was right around the corner.

This review is the subjective opinion of a TripAdvisor member and not of TripAdvisor LLC
JJZ57
Saint Louis, Missouri
1
Reviewed 16 February 2017
Very Pleased

Staff was very friendly and helpful. Our room was as good as it gets for the price. They have different sized rooms. I previewed the room and wasn't pleased with the size as we had some sorting of luggage to do. I was then given a great room, clean and roomy. All appliances worked. Will stay here again if in the area.

This review is the subjective opinion of a TripAdvisor member and not of TripAdvisor LLC
Guitarman1966
Raleigh, North Carolina
25
Reviewed 18 January 2017 via mobile
Rude clerk

My wife and I stayed here and were treated like crap. My key didn't work when we came in at 11 pm. I rang the doorbell in the office for assistance for about 30 minutes until she finally woke up and fixed it. We finally got to sleep and woke up to noisy traffic and no towels. When I asked for towels it took 10 minutes and she acted like she was bothered by having to get them. I recommend not staying here mainly due to the rude clerk.

This review is the subjective opinion of a TripAdvisor member and not of TripAdvisor LLC
Carolyn W
Moline, Illinois
94
Reviewed 14 January 2017
Noisy, dirty, and non-friendly.

We wanted to avoid higher priced motels - we got what we paid for. The first room we were given faced the road (park in the grass) and smelled! This was definitely a pet room - we don't have pets. The second room was right off of the hallway. It looked better at first, but we noticed several young men lounging around - smoking in the hallway, etc. The room next to us was booked to part of that group, apparently, since they felt the need to carry on long conversations in the hallway right outside our door. Also, we had to call the office at one point since a party was obviously going on - (door open, loud music, etc.) Someone in the party had to chase their dog down the hallway this morning, pre 6 a.m.! The TV remote had broken buttons; the hair dryer didn't work. The bathroom barely had room to turn around in, towels were grubby. The lady at the front desk did help, but seemed surprised at our complaints re: the original smelly room, broken remote, etc. She did calm down the loud party, but the hallway conversations went on quite late. Obviously we won't be stopping there again. This was definitely not a family motel. No breakfast - pastries, yogurt, coffee - that's it; two small tables in the office to sit at.

Room tip: No good rooms that I know of, unless you're a single male that doesn't care.
Ask Carolyn W about Budget Inn Okeechobee
3  Thank Carolyn W