Shamrock Historic Inn
Lowest prices for your stay
Lock in the lowest price from these sites
US$ 117
View deal
Hotels.comUS$ 117
Expedia.comUS$ 117
Agoda.comUS$ 117
PricelineUS$ 117
eDreamsUS$ 117
Orbitz.comUS$ 117
View all 14 deals
Prices are provided by our partners, and reflect average nightly room rates, including taxes and fees that are fixed, known to our partners, and due at time of booking. Other miscellaneous taxes and hotel fees which are not fixed or due at time of booking may be payable at the property at time of stay. Please see our partners for more details.
AdeleG63
Summerville, South Carolina
9140

Picture an old motel that has been completely transformed it an adorable and unique stopover.
While it is located on the main road, it is conveniently located to and just a couple of blocks from the downtown historic ara which has a great choice of restaurants.

The owners are wonderful and very accommodating. The rooms have been recreated into charming and unique. So many beautiful plants and shrubs make each room their own little Oasis. Very comfortable beds, great water pressure and constant hot water in the shower. The room was spotlessly clean.

If you want a cookie cutter old boring standard hotel room this is not for you. If you want something different and unique, as well as excellent value for money, then this is your place.

I am a former Innkeeper so I am pretty biased.... And I have to say that the review that has all the negative comments looks to me like someone who was just trying to get something for nothing. The owner is nothing like she describes and neither is the property.

I would definately stay there again on my travels. 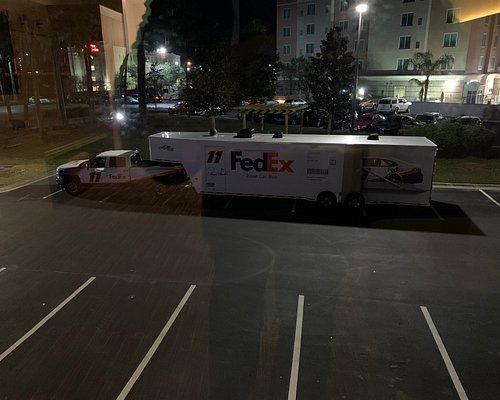 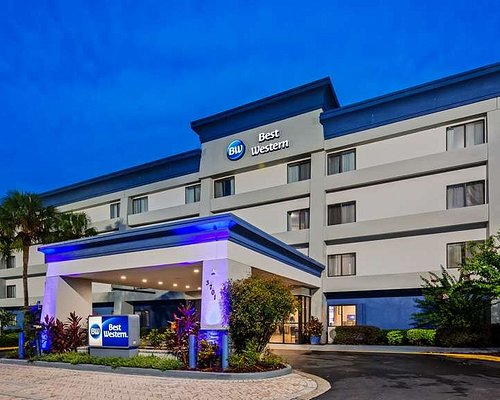 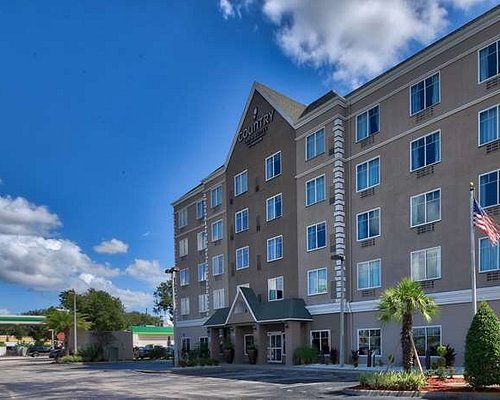 Taking safety measures
We compared the lowest prices from 18 websites
Breakfast included
Sleep Inn & Suites Ocala - Belleview
US$ 107
US$ 88
Booking.com
View deal
Expedia.com
US$ 98
Hotels.com
US$ 98
Lol.travel
US$ 107
View all 17 deals from US$ 88
476 reviews
17.9 km from Shamrock Historic Inn

I love staying at this place! The host was extremely sweet and friendly to talk to . The Room was adorable and decorated Extremely cute. I loved all of the plants around the outside of the Room. We did not have any problems with road noise.The bed was very control and everything was so cute! They've done a great job fixing up and decorating!

This review is the subjective opinion of a TripAdvisor member and not of TripAdvisor LLC
Anna H
Covington, Georgia
368
Reviewed 25 February 2021 via mobile
Nightmare motel

We had a very bad/upsetting experience. The room smelled of old smoke/mildew like smell. We had to air it out for 45 minutes that evening before bed until we got used to it. I was way overcharged, even though the owner says she gave me a “discount” because she didn’t charge for a third person (who was my little girl) I didn’t check the website until after we were in the room, to see that the average nightly price was $85. She charged me $160. It was right up on a very busy road with a view of a tire shop. I didn’t feel safe there. The bed was uncomfortable, and I only got 3.5 hours of sleep. When I expressed my concerns to the owner Diana she was very rude and argumentative. When my daughter woke up she had to rush outside and get her inhaler that she hasn’t used in a long time because the air quality in the room. We left very tired and upset. My daughter with a severe headache from smells and chest tightness. I told Diana about my little girl because she didn’t believe me about the smell saying not one had ever smoked in there (sure) She wasn’t concerned for my daughter at all, and didn’t even ask if she was alright. I put a one star review on Google. Late that night I began getting harassing messages on my cell phone that I used for reservations, demanding me to take the review down or edit it. She wouldn’t leave me alone. She called me horrible things, and insulted me over and over. I finally blocked her. It was so unprofessional, and shocking! After that she started stalking my Facebook page, and sending messages to my family on social media saying aweful things. Please save yourselves and do not visit this place. I would bet just about anything those other positive raving reviews are false. Very disturbing ordeal that I had to pay way too much money for . Save yourselves and go somewhere nice!

An absolutely amazing little hotel! The room was nice and cozy, a home away from home feel. If you are looking for a relaxing hotel to stay at look no further, it also has a nice area to sit around with family outside. The hosts were so nice and caring. I would highly recommend staying here, 5 out 5 stars!

This review is the subjective opinion of a TripAdvisor member and not of TripAdvisor LLC
Shannon S
Fairfield, Connecticut
73
Reviewed 9 January 2021
Just wait..until you start the fire

This is an exquisite and wonderful getaway! It exceeded all our expectations by far. It is so much better than staying a a standard hotel and we have stayed and traveled all over and have quite high standards. This was charming, incredibly comfortable, beautiful and inviting. We loved our burning fireplace and 4 poster bed that was delightful. Customer service is bar none. I highly recommend and we will be back soon.

I was there over New Years for 4 nights and truly enjoyed my stay. The place is as you see in the pictures. The folks are very accommodating. I would go back.
There are plenty of places to eat close by.