US$ 114
US$ 106
View Deal
SAVE US$ 8
Free cancellation until 10/03/21
Expedia.comUS$ 114
FindHotelUS$ 114
TravelocityUS$ 114
View all 12 deals
Prices are provided by our partners, and reflect average nightly room rates, including taxes and fees that are fixed, known to our partners, and due at time of booking. Other miscellaneous taxes and hotel fees which are not fixed or due at time of booking may be payable at the property at time of stay. Please see our partners for more details.
755draperdee
23

No bar, no smoking because its a drug and rehab center for men that wander around all day I didn't feel safe with my family there.I dont know who thought it was a good idea to combine a drug rehab with a hotel.

See all 62 reviews
Nearby Hotels 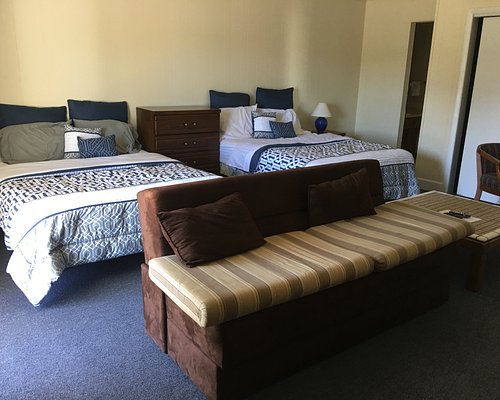 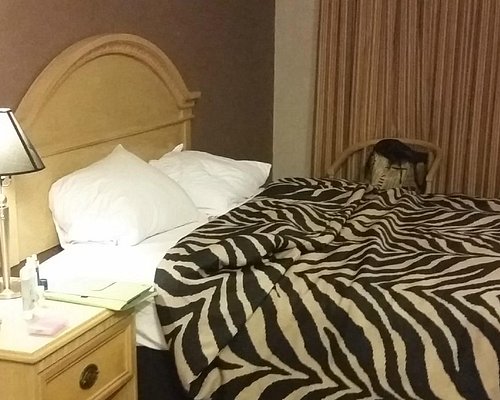 LaBelle Motel
US$ 220
Tripadvisor
View Deal
Free cancellation
Pay up to 12X
Snaptravel
Hotels.com
US$ 220
Expedia.com
US$ 220
View all 10 deals from US$ 220
20 reviews
5.0 km from port labelle inn
We compared the lowest prices from 10 websites 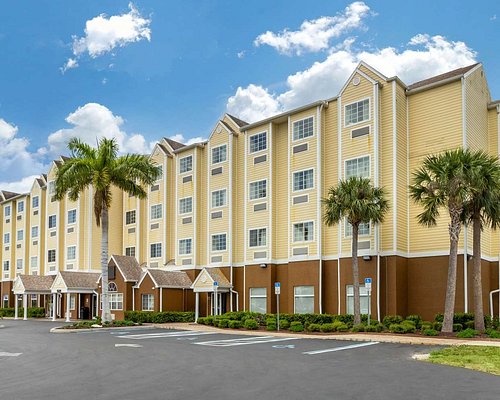 We had to spend the night in LaBelle to continue our trip the next day. Booked this hotel through Expedia and it was a great deal as I had some points so I ended up paying $36. Total value was around $104. When we got there, we saw a group of men playing volley ball and some of them were at the pool. Inside the hotel we also saw more men. It was kind of awkward and I supposed that maybe there were workers working in a project near by. So, we checked in, got our rooms. My husband and I checked the room, it was old, some scratch patches on the wall, the room seemed clean but it had a strong smell, same as the bathroom. We all went for dinner and when we came back, one of our friends asked if they had a bar open. The woman at the front desk looked at him with a shocked look and told him that they are not allowed to have alcohol in the premises because they do a rehab program in the hotel!!!!...so all those men we thought they were workers, they were actually part of a rehab program. We were confused and mad at the same time. I don't think it is appropriate to have this type of group in a hotel, and if they want to host this type of programs, at least they should disclose it on their listing. We didn't feel safe and now I understand the weird look some of these people gave to us. I couldn't sleep at all.

This review is the subjective opinion of a TripAdvisor member and not of TripAdvisor LLC
Richard L
Fort Lauderdale, Florida
3255
Reviewed 11 September 2018
Uh, no...

Old and tired, creepy, few/very basic facilities, large numbers of recovering drink/drug addicts walking the premises. Front desk staff friendly and helpful, and praise be they're doing the Lord's work with the Christian rehab stuff, but for me it's an odd combination to be running side by side with a commercial hotel. Thankfully only a one-night stay (though couldn't have faced a second). On the plus side, good views of surrounding countryside. But nowhere near enough redeeming features for me.

This review is the subjective opinion of a TripAdvisor member and not of TripAdvisor LLC
rod8137
Miami, Florida
3546
Reviewed 27 July 2018
CHECK CREDIT CARD AFTER BOOKING (double charge)

My son and I travelled to Labelle to pickup our boat at the Marina next to the hotel. We booked our room through a popular website. While heading to the hotel we contacted the hotel to advise them that we would be arriving late and possibly past midnight as their policy states that you would be considered a no show if you arrive after midnight. The front office told us not to worry about it. We arrived at 11:58PM and we were given keys that did not work. My son went down to the office and was given a second set of keys that also did not work. The front desk attendant then came upstairs and gave me the Master Key which I kept for the night (not good for security). I checked out and thought all was well until I noticed a charge on my credit card from the hotel directly. My credit card now had 2 charges for my room, one from the website and one from the hotel, both posted on the same day. I reached out to the hotel to get a refund and got nowhere. I ended up reaching out to the website and the hotel tells them I made a reservation for the previous day and was a no-show. I’m still fighting these charges but it’s been a nightmare as it’s been 3 weeks and I still don’t have credit from the hotel. PLEASE BEWARE!!!!

This review is the subjective opinion of a TripAdvisor member and not of TripAdvisor LLC
CandyAllen13
Winnepeg
32
Reviewed 4 December 2017
Liked the atmosphere, men and women working there had an amazing attitude, rooms were fine with outstanding view.

Clean safe welcoming hotelwith good parking. Great coffee as you enter. Loved it so much I have moved to the marina.
Staff had the best attitude I have ever encountered a close second was in Paris.
I would encourage anyone to try it and see. I would like the pool to be heated as I am getting old and like a tepid pool for my old bones.

This review is the subjective opinion of a TripAdvisor member and not of TripAdvisor LLC
973annettee
Fritzens, Austria
5914
Reviewed 18 November 2017 via mobile
Ok but ...

Reading the recommendations I thought it is newly renovated. But it isn’t. Most of all I had a problem with the cleanliness and that there is no restaurant or bar service available. It looks like it is over the hill. And like others already wrote, it’s also a rehab center, but that didn’t matter. The surrounding is really pretty and wonderful but with the blind windows..... this place could be so much nicer and attractive for a longer stay only with a few things. First of all it should be cleaned up, a new coat of paint and a cleaning service at the breakfast table.