Relaxation at it's best! - Review of Drop Anchor

Drop Anchor
Drop Anchor
3 people are viewing this hotel
Lock in the lowest price from these sites
$381
Free cancellation until 23/01/22
View deal
Expedia.com$381
Hotels.com$381
FindHotel$381
Priceline$381
CheapTickets$381
Trip.com$381
View all 17 deals
Prices are provided by our partners, and reflect average nightly room rates, including taxes and fees that are fixed, known to our partners, and due at time of booking. Other miscellaneous taxes and hotel fees which are not fixed or due at time of booking may be payable at the property at time of stay. Please see our partners for more details.
Darrensimonson10
West Palm Beach, Florida
51

Relaxation at it's best!

My wife & I stayed at Drop anchor over the weekend. The room + pool were very clean. The grounds were well-kept & the twinkle lights in the back were a very nice touch. We chose to stay in a smaller room, as it was just my wife & I. We, personally, didn't feel as thought the size of the room mattered since the whole point of Islamorada is to spend as much time outside as possible (which, we did!) Shout out to Cliff for being an amazing individual, who I believe is the manager of the property. He took GREAT care of us. The hotel is in close proximity to everything you could possibly want to do in Islamorada. We will 100% be back in the very near future.More

Show less
Room tip: Rooms with Queen beds tend to be smaller. Simply call ahead and ask for a king bed along with the room dimensions.
See all 929 reviews
Nearby Hotels 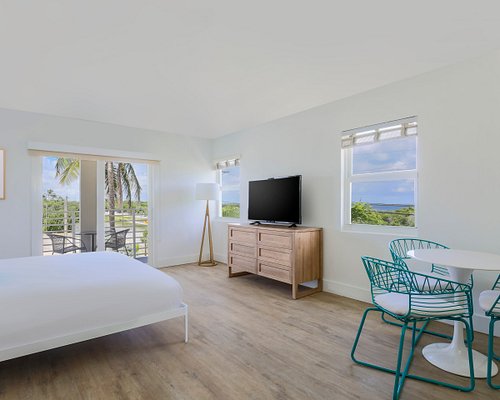 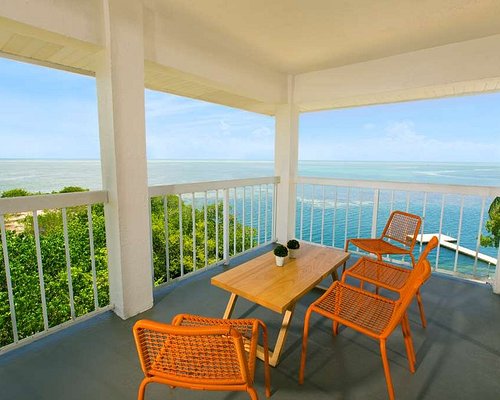 I've stayed in hotels, motels, and hostels all over the world and this by far was the worst place I've ever stayed in. The place was booked 2 weeks prior and I did not know it was a trailer at time of booking. The pictures on the travel site were not the same as the room I stayed in. From the outside the place looks clean and amenities were nice.
We couldn't find the room because the numbers were gone but realized it was the trailer. First, as you walk into the room the smell of old cigarettes and musty air is overwhelming. As you look to your left at eye level there were loose electrical wires just hanging next to an outlet. The floors were uneven, rotten, and in some places it felt like we were going to step through the floor. The ceilings were low, but I guess expected out of a trailer, what was not expected was the holes and metal pins from an a device that must have existed there before. There were random holes on the walls as well. The shower was broken and the floor was rotten and had holes, we definitely could not shower there We checked in later in the afternoon and left for dinner, by the time we returned there was no parking and by looking at the pictures it looks like it's by locals who may live there. There was also no one in the front desk to relay our concerns. The worst part that was trying to sleep in the bed and futon. I had to put the covers back on the bed and lay on towels because of what I noticed after getting in it, human hair that was clearly not mine. I was not sure what was also itchy about the sheets but I did not want to check. My friend opted to sleep in the car than on the futon as well, the floor was so uneven the futon could not be supported.

Luckily we only spent 10 hours there as we had to leave at 6am, but the day was ruined by the lack of sleep. For $300 a night this was a ripoff, I hope that trailer gets retired

We are sorry your stay did not meet your expectations. Our travel trailer is categorized by itself on all booking sites, so I'm not sure how it was booked without your knowledge. I inspected the travel trailer based on your review and found the following: The room number is attached securely to the front of the trailer, this must have just been an oversite. Additionally, you should have received a property map at the time of your check-in. I found no smell (other than cleaner) inside the room, all of our rooms are non-smoking. The inside was re-constructed less than 3 years ago and we do our best to assure no one smokes in our rooms. I was unable to find any loose electrical wiring. I did see the uneven section of the floor, where the extension goes out on the side of the camper, but as it is a camper trailer this is somewhat to be expected. I found no areas on the floor that was rotting. I looked thoroughly at the walls and found no random holes. I did find a crack in the shower bottom, which has now been addressed. As far as hair, all of our linens are removed and cleaned after each guest checks out. Our cleaning staff replaces clean sheets and bedding prior to arrival. We also staff our office from 9 AM until 9 PM. If we need to leave the office (we do property checks throughout the day and also assist any guest with their needs) we leave a sign in the window that we are on the property and will return in 15 minutes.
I am sorry you did not enjoy your stay. We take pride in our place and work very hard to ensure our guests are well taken care of.
I wish you the best in your future travels,
Regards,

Report response as inappropriateThank you. We appreciate your input.
This response is the subjective opinion of the management representative and not of TripAdvisor LLC
N4261VRjenniferl
111
Reviewed 25 June 2021 via mobile
Had a great time! Very private

We stayed for 2 nights and we were very pleased! It’s definitely an older property, but our room was clean, roomy, cool and met our needs. It was nice to have a mini fridge and access to ice. We had a couple of hiccups but both Cliff and Tina were most helpful! The property is very quiet which was nice and relaxing. It is a man made beach area because boats dog there, but I still enjoyed the scenery and the accommodations every day! The pool was clean and not busy at all. We felt it was a great location. It would be a great place to stay with a group of families and feel like you have the place to yourself. Everyone we met there was lovely!

Dear Valued Guest,
Thank you for your positive feedback. We are delighted that you enjoyed yourself and were able to find some relaxation during your stay. We hope to see you again soon.
Best,
Drop Anchor Staff

Report response as inappropriateThank you. We appreciate your input.
This response is the subjective opinion of the management representative and not of TripAdvisor LLC
vincent p
Bethlehem, Pennsylvania
6219
Reviewed 9 May 2021
I survived two nights in room 14B, the room from hell!

Imagine being invited to your friends house for the weekend, and they put you up in the shed in the back yard. Room 14B really shouldn't be advertised as a room at all.
There are no closets, no shelves, no hangers, the bathroom toilet rocks back and forth, the bathroom is for skinny people only. I must say that the property is in very new condition. The buildings are freshly painted, the pool is excellent, the kayaks are brand new (10 dollars an hour) there is one paddle board, but someone stole the paddle. Also there were two bicycles, but someone stole them too.

This review is the subjective opinion of a Tripadvisor member and not of TripAdvisor LLC.
JosephH895
317
Reviewed 8 May 2021 via mobile
Would Not Recommend

We stayed at Drop Anchor for 3 nights in a double queen room. Although we enjoyed the grounds, there were too many issues with the room to want to go back. The room was one of the smallest hotel rooms we’ve ever stayed in. The sink in the bathroom leaked all over the bedroom one of the days we were there. Small bugs would crawl out of the sink each day. The shower drain cover wasn’t attached (which drove us crazy) and it took 3-4 minutes to get any kind of hot water in the shower. Great location, but lacking attention to detail in the rooms. We love Islamorada, but will stay elsewhere next time.

Dear guest,
With each one of your issues you brought forth, we tried to remedy each one to your satisfaction. We are proud to be a small 18 room old school Florida motel, and the majority of our guests love it here. We wish you the best in your future travels.

Report response as inappropriateThank you. We appreciate your input.
This response is the subjective opinion of the management representative and not of TripAdvisor LLC
prnpr
Georgetown, Kentucky
512
Reviewed 30 April 2021 via mobile
Relaxing

We had a very nice time at this resort. Our room had a beautiful view which was very peaceful in the early mornings and evenings. Loved watching a variety birds from the balcony each day. Great way to unwind IMO. We had the beach area to ourselves much of the time. Good restaurants nearby. Housekeeping was very good. Cliff was a pleasure to chat with and is an asset to the owners. Would return again.
Would give a 5 star but Steve was odd.

So glad you had a great stay! Hope to see you again soon!!