$1,127
$1,051
View deal
Hotels.com$1,051
Curio$1,094
FindHotel$1,089
CheapTickets$1,051
travelup.com$1,127
Travelocity$1,051
View all 16 deals
Prices are provided by our partners, and reflect average nightly room rates, including taxes and fees that are fixed, known to our partners, and due at time of booking. Other miscellaneous taxes and hotel fees which are not fixed or due at time of booking may be payable at the property at time of stay. Please see our partners for more details.
John B
Key Largo, Florida
5826

Wow! What a fantastic renovation!

Recovery from a hurricane can be a long and arduous process but Bakers Cay has been reborn as a wonderful world-class resort right here in Key Largo! This is a fantastic resort with elegant and luxurious rooms, a five-star beach, incredible dining (thanks to executive Chef Andy), and terrific activities (thanks to Director Scott, Brittany, and the rest of their staff). This is the new Key Largo resort that you've just got to try! You won't be sorry!More

Fantastic! What can we say but thank you so much for this review! We are so grateful that you have named some of our most amazing team members and could not be more proud of what they have done so far with more to come. Thank you for joining us, for the review, the referral and your kind words. We can't wait to welcome you back!

All My Best,
Joy Michelle Boyd

Report response as inappropriateThank you. We appreciate your input.
This response is the subjective opinion of the management representative and not of TripAdvisor LLC
See all 985 reviews
Nearby Hotels 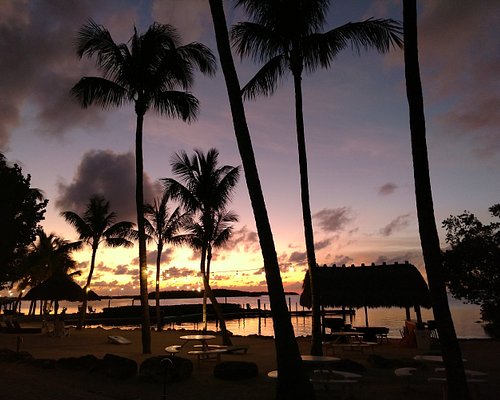 My sister's and my girlfriend so enjoyed this beautiful resort for lunch. The food was excellent, staff very friendly and attentive. The view was so beautiful on such a gorgeous day! After lunch we walked along the nature trail and saw more beautiful, secluded views with lounge chairs right near the water. This resort is very dog friendly so much so they have little tiki huts for your furry friends to lay under for shade! The pool area is gorgeous as well with a beautiful waterfall. The renovations are beautiful, we will definitely be back!

We can't wait to welcome you back! Thank you for your review and for joining us for lunch at our beautiful resort. We will all be waiting for you at the Tiki Hut...either the adult, kids or the pup version.


All My Best,
Joy Michelle Boyd

Report response as inappropriateThank you. We appreciate your input.
This response is the subjective opinion of the management representative and not of TripAdvisor LLC
FloridaLovesMaui
Florida
19275
Reviewed 20 February 2019 via mobile
So much potential!!!!

This property just recently opened back up. It is beautiful! The renovations are amazing and there is so much more to come. Still has some hiccups but nothing that would cause concern to me. Anytime there was a “glitch” the hotel staff went out of their way to fix it. The staff (trained and trainees) were all extremely attentive and friendly. The hotel managers (Carlos and Amanda) went above and beyond to make our stay a pleasant one. I cannot wait to see what this property has in store for for future and have already booked a return stay later this year!!!

We are so happy you visited us! Thank you so much for the review and the wonderful compliments that we will certainly share with our team. We can't wait to welcome you back!!!

Report response as inappropriateThank you. We appreciate your input.
This response is the subjective opinion of the management representative and not of TripAdvisor LLC
710benji
Swansea, United Kingdom
6562
Reviewed 19 February 2019 via mobile
Could be fabulous but still struggling with numerous teething problems

First the positives - and there are many. The location is idyllic, lovely relaxed beach to chill on, with no issues getting sunloungers. The refurbishment is fabulous with room decor and bathrooms right on trend. The communal areas and restaurants also very well appointed giving sn update to date but casual impression on arrival. The food we had at Dry Rocks and from the a la carte at breakfast was also very good.

Lovely refurb but there so many teething problems our 3 night stay thar it really began to grate as time went on. Not helped by the total lack of interest shown by any of the staff, including the receptionist at checkout, when we attempted to raise our concerns. If you are going to charge top rates as soon as you re-open, these issues shouldn’t be occurring.

To start, you can checkin on line and chose your room. Not easy though as there is no room map to guide your choice!. Also a pointless exercise it seems as we were not given the room we had chosen anyway.

The main issues we encounterwd were due to poor service and a complete lack of anyone at front of house or appearing to be in charge. This was most notable at breakfaat. There was never anyone to meet and greet us. For example, after us asking to be seated, on the first day no one then came to aerve us. We asked the ‘wrong’ server who informed us our server was busy with a large table. We never in fact met ‘our’ server all through breakfast and ended up being finally aerved by another one who wasn’t supposed to be dealling with our table. The next day we had 2 servers, neither appearing aware if the other’s existence. Each day food ordered off the menu took 30mins to arrive. The kitchen was ‘hectic’ we were told. Strange as the restaurant itself seemed quite quiet. No one seemed to be in chrage of replenishing the buffet either, orange juice ordered didn’t arrive. All in all quite shambolic service. Food quality was however good although the buffet selection was quite small and would benefit from natural yogurt and granola etc to go with the fruit.

We had a similar experience at the Dry Rocks restaurant. Again a lack of front of house. Both times we had to actively look to be served. The food then arrived quickly and was tasty. Difficult to explain though how they could have run out of the draught beer and also steak!. The hotel was only half full but apparently these items had been very popular that day!. One of us ordered ‘cranberry’ which was returned teice due to the lack of cranberry juice in it. It was so dilute We declined to pay for it. A second beer ordered didn’t arrive so we cancelled it and left. Our advice- maybe wait a few months.

The room was weviced after 4 on day one and at 4.40pm on day 2. Diffiucult to understabd why so late in a hotel at 50% occupsny. Sadly the one teabag offered was not replenished after use.

Thank you for starting with the positives and certainly thank you for the candid feedback on your disappointments. We apologize that you had to experience some lack of presence and overall issues. We have shared this with our team, as we do daily, to make adjustments to our processes and coverages to ensure this doesn't happen again. Again my sincere apologies. Please feel free to contact me directly to discuss or if planning a future stay would love to assist in making it perfect.


Hoping to welcome you back...
Joy Michelle Boyd
gm@bakerscay.com

Report response as inappropriateThank you. We appreciate your input.
This response is the subjective opinion of the management representative and not of TripAdvisor LLC
ross p
Miami, Florida
6668
Reviewed 18 February 2019
It's hard to imagine this resort could get better....but it did!

OK... I've been here before with the wife, kids and Mother many times over. For us it's one hour away by car and yet a different world altogether. The resort has been rebuilt in just about every area. The rooms and bathrooms have been tastefully remodeled and everything was in perfect working order. We brought our dog which was new for this resort. They are the friendliest dog hotel we have ever stayed at. There was a personal note and sweet gift from the Manager welcoming us back. The front desk help were friendly and knowledgeable about the property and activities close by. The breakfast staff were on the spot with food and coffee. If you are looking for a great hotel with a fantastic private beach with full liquor tikibar, new rooms with all the amenities, dog friendly and just plain awesome...Baker's Cay is for you. Btw...love the new philodendron logo.

Welcome back and thank you so much for the review! We appreciate your thoughtfulness and that your entire family was able to enjoy the resort including your furry. We happen to think you are just plain awesome as well and can't wait to welcome you back in the future!

Report response as inappropriateThank you. We appreciate your input.
This response is the subjective opinion of the management representative and not of TripAdvisor LLC
ScottBolasevich
32
Reviewed 18 February 2019
Came when it first opened... still alot of construction to go

Only grip is that i paid full rate and got half the experience. Elevators didn't work. Had to drag my luggage up 3 flights of stairs. Rooms are tiny and we had the Bakers Cay Suite which had a kitchen but they didn't even have napkins or a paper towel or even a dish cloth. The bathroom was extremely small barely large enough for 1 person. They say all water activities are included but really its only some. Resort was 90% empty and yet they couldn't accommodate any upgrades and instead offered a downgrade at checkin? Bizarre. Food was excellent thou! but no breakfast options were open period. Just a disappointing stay overall and for the rates they are asking id consider other places.

We apologize for the issues you encountered with the elevators and the other issues you have mentioned in your review. We realize that all of this is unacceptable for our guests and know that when elevators are down it is incredibly difficult. We have a whole plethora of activities included in the resort fee but definitely rely on our vendor for most of our water or motorized activities. Scuppers onsite has parasailing, jetskis, sunset cruises, aqua cycles, clear kayaks and more!


We do apologize again for your disappointment and I have reached out to you directly to discuss. Please do consider us for another future visit as we would love to try again to meet your expectations.


All My Best,
Joy Michelle Boyd

Report response as inappropriateThank you. We appreciate your input.
This response is the subjective opinion of the management representative and not of TripAdvisor LLC
View more reviews
PreviousNext
1…159160161…