I stayed one night and got a walk-in rate of $89. The room was above the restaurant and had a queen bed with window facing the raging river and had a shared bathroom and no tv. I was there during a heat wave and there were two fans in the room with the window open and fans going it was a very comfortable nights sleep. The hotel is in a great location and if you have a car and need overnight parking try to get close to hotel on the side streets. No overnight parking on Elk street as your car will be towed.

See all 10 reviews
Nearby Hotels 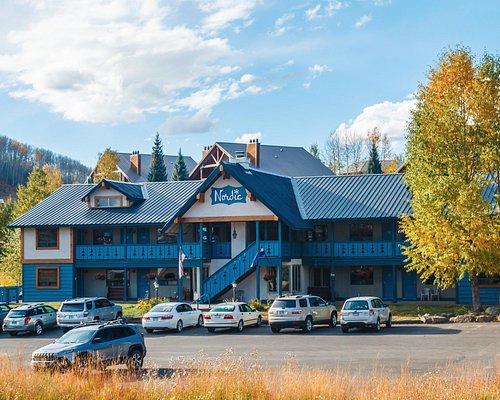 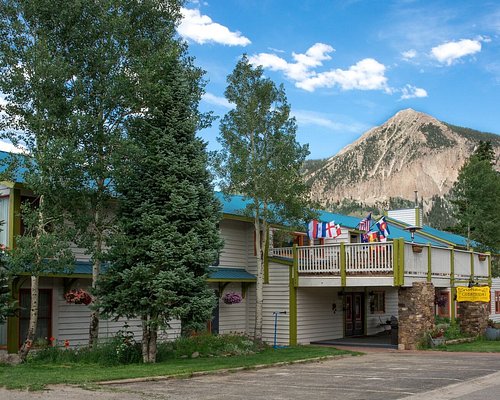 I was short on options when choosing forest queen. What a treat it turned out to be! Great location right opposite the shuttle stop; engaging passionate hands-on owner in Doug; friendly staff who Doug obviously looks after well. It’s nothing fancy but it did me just fine. Stayed 6 nights and was sorry to leave. Highly recommend the place!

Thank you for staying with us. We enjoyed having you as a guest for the past week. I wish you happy travels and look forward to welcoming you back.

Report response as inappropriateThank you. We appreciate your input.
This response is the subjective opinion of the management representative and not of TripAdvisor LLC
Tess M
New York City, New York
2140
Reviewed 7 January 2019
NIGHTMARE. DO NOT VISIT

This was the worst hotel/motel/hostel visit of my life.
I have been visiting crested butte every year for the past 24 years. I have walked by the forest queen hotel countless times and thought that it was historic and charming.
Last year, after a 3 day backcountry camping trip, my husband and I realized that we needed a place to sleep in town before our flight out of gunnison in the morning.
All we needed was a warm clean room where we could sleep. We weren't looking for anything luxurious. We had just been camping in a tent in the mountains for 3 days, anything would have felt luxe after that!
... unfortunately when we showed up at the forest queen, we immediately realized that we'd made a big mistake. The stairs were covered in beer and when we got upstairs, the hallway was PACKED with 18-22 year olds with their doors open, screaming from room to room and blasting music. It was like being a freshman in college again. During orientation week. There were dogs running in the hallway barking.
We closed ourselves in our room, and decided we'd escape for dinner and that hopefully the pregaming would have died down by the time we were back.
... when we returned, it was worse than ever.
It seemed that more people were in the hallway, and the party continued. By this point, the bar downstairs was in full swing, and our entire room was pulsing from the music. The bed was actually shaking. It was unbearable.
That was when I realized that the walls to our room weren't actual walls - they weren't drywall and studs - they were just single sheets of particleboard stapled together at the seams. So when people were yelling to eachother down the hallway, it felt like they were standing at the foot of the bed with a bullhorn.
Embarrassing to say, I sat in bed and cried for an hour or two. I was so frustrated I couldn't speak or sleep. I was so angry. I have waited 10 months to write this review because I was so so so angry and frustrated. It was the worst night's sleep of my life. A HORRIBLE final night to an otherwise perfect visit to Crested Butte, my favorite place in the world.
I would never ever recommend this hotel to anyone.

This review is the subjective opinion of a Tripadvisor member and not of TripAdvisor LLC.
last0nimne
Tulsa, Oklahoma
233167
Reviewed 20 September 2018 via mobile
Best location in Crested Butte

The hotel is in a perfect location on Elk Avenue. Finding a parking spot can be a challenge but you won’t need your car again. The bed was comfortable and the creek next to our room provided lovely sounds to sleep by. There is ample, if low pressure, hot water and the towels are thick and soft. Wifi was decent.

This review is the subjective opinion of a Tripadvisor member and not of TripAdvisor LLC.
KrissyNichols
Phoenix, Arizona
132
Reviewed 11 March 2018 via mobile
Historic Hotel Perfect Location

Forrest Green Hotel owned by Douglass Dodd and located on "main street" in the beautiful little Colorado town of Crested Butte offers clean rooms and comfy beds where each room is decorated to show off the beauty of Colorado. Friendly manager Christine Claucey makes you fell right at home. Great perk!! The Coal Creek Grill owned by Douglass Dodd, highly recognized Chef is located below in the same building of the hotel. Breakfast, Lunch and Dinner was delicious. Try their signature homemade Banana Nut Bread and desserts that are out if this world made by Pastry Chef Christine Claucey.

This review is the subjective opinion of a Tripadvisor member and not of TripAdvisor LLC.
Joe A
1
Reviewed 3 June 2017 via mobile
Cozy and clean spot w amazing Roaring River

Clean, super cozy, and friendly staff. A cozy and comfortable place to lay your head while staying in town. Puts you right in the town center and gives you great access to activities near the ski mountain. Slept like a baby with the roaring river going right passed my room.

This review is the subjective opinion of a Tripadvisor member and not of TripAdvisor LLC.
View more reviews
PreviousNext
123