We stayed there for 2 nights in December 2012. The room was clean, had a safe for valuables and a functioning air condition which was bit noisy.
The staff was friendly and tried to help us with all our requests immediately.
The breakfast was fine for us.
Hotel claims to have a private beach but not good for anything.
2 main issues are 1) There is nothing good to roam about near by the hotel in your leasure time. No restaurants, no shops, nothing. Totally dark. Only a 7-11 shop about 300 meters from the hotel and 2) it is far from Ao-Nang Beach which is very good & famous in Krabi for its nice beach & main city market through the beach path. From the city centre in Ao-Nang it takes a 20-25 minutes ride with a tuk-tuk to reach the hotel & costs 200 Bhat (about 8 USD)More 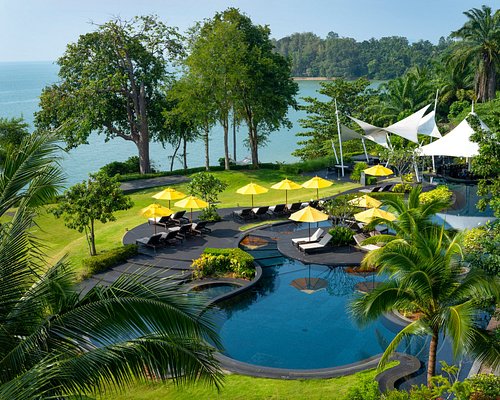 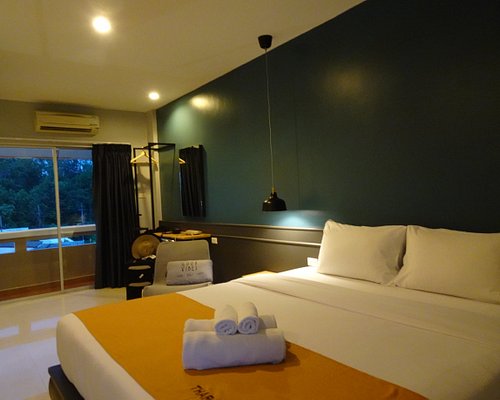 We stayed in Krabi Tropical Beach Resort for four nights in January 2012 in a double room, that was situated directly near to the pool. The room was clean, more than large enough for two, had a safe for valuables and a functioning air condition. The staff was perfectly friendly and tried to help us with all our requests immediately. The breakfast was fine for us if we didn't wait until the last minute before the end of breakfast time. The beach of the hotel is not suitable for swimming but it takes only a five minutes boat ride (~3 US$) to Railey beach where you have very nice beaches. From the city centre in Ao-Nang it takes a ten minute ride with a tuk-tuk to reach the hotel. Alltogether, we would definitely stay there again as the hotel had a very good cost/performance ratio.

This review is the subjective opinion of a Tripadvisor member and not of TripAdvisor LLC.
Santa99
Cambridge
1016
Reviewed 29 March 2012
Quiet, pretty, lovely breakfast spot but "lost" our last nigh's reservation.

Good hotel for privacy and quiet. Beautiful view from the central terrace where we lounged and took our breakfast. Room and food was decent. Pool was attractive. But what soured things for us is that they managed to "loose" the last day of our reservation and we had to move to another place which was not nearly as nice. The beach is not swimmable.

This review is the subjective opinion of a Tripadvisor member and not of TripAdvisor LLC.
Tigress1949
11
Reviewed 28 February 2012
Great holiday

Wonderful hotel great staff, had a great time and would recommend this hotel if u want privacy,,

We recently stayed at this hotel for 3 nights and booked and prepaid for the stay on Expedia. We had stayed there before, about 3 years ago, and stayed there off and on over the course of several weeks, so we were repeat customers. However, when we were checking in, they demanded an additional 30% deposit from us, for mini bar and other possible expenses, even though we had prepaid the entire stay. We have been traveling in Thailand for 1 month, not to mention many travels all over the world, and we have never been asked for such a deposit! Especially since our entire stay had been prepaid. But they insisted, and told us that the card would not be charged, they just need to swipe the card. Even though we were really offended, we complied, just to stop the argument. The day before we checked out, I looked at our online banking, and saw that the charge did go thru, so when were were checking out, we demanded a refund. They refused to give us a refund, claiming that they did not put the charge thru. I went online to our bank account, and showed them the amount that showed up as a debit on my computer, they could see that it was clearly a charge from that hotel on the check in date. Still, they argued with us and refused to grant a refund. We wasted an hour over this, and finally, I just made a call to our bank, and the bank removed the charge as a fraudulent charge. As a result of this experience, we will NEVER return there again. We are appalled at the shabby treatment that we got from them, especially since we were repeat customers. There are so many hotel options, we would definitely go elsewhere in the future. Also, you should be aware that the beach is really disgusting -- the tide goes out and it is all rocks and mud. Also, the hotel is very far from anything -- it is located by itself in the middle of nowhere.

This review is the subjective opinion of a Tripadvisor member and not of TripAdvisor LLC.
Crispslover
6531
Reviewed 5 January 2012
Average - good for one night stopover

Stayed here for 2 nights in december. The name of place is misleading as not a beach resort as can't use beach and accommodation is like a normal hotel block rather than traditional Thai villas/houses. Room basic but clean but overlooked road so worth booking sea view room. Thai food Was excellent- some of best we had.

This review is the subjective opinion of a Tripadvisor member and not of TripAdvisor LLC.
View more reviews
PreviousNext
1…111213…