For my Honey Moon trip to Punta Cana, I chosed an All Inclusive offer at Barcelo Bavaro Palace and was extremely satisfied for following reasons:

- A lot of included activities at the beach like diverse Kayaks (free) and Pedal Boats (free) as well as wind surfing offers for really good prices.

- Extrem friendly service. I don't know how these ladies and gentlemen are trained, but with a look into your eyes they already understand what you need and are ready to help as soon as you approach them. I was amazed by these people. Thank you to the whole team (cooks, reception (Nolan), cleaning ladies, guest service, waiters...)!

- The food. A Wow effect (5 out of 5 stars)is guaranteed at every dinner location from the diverse 'a la Card' restaurants (all included). My favorites: Kyoto(Japanese), Santa Fe(Steak House), La Fuente(Spanish) and Mexican. The Buffets deserve a 4/5.

- Amazing entertainment. The daily show starting at 10pm in a huge theater was one of the highlights during my stay. On top, there is a Casino and diverse sport activities like Golf, MiniGolf, Bowling, Tennis, Table-Tennis...

I will for sure come back.

Thank you to the whole Barcelo Team!More

First and foremost we would like to thank you for the praising review you shared following your recent visit to our Barcelo Bavaro Palace hotel and are delighted to read that we were able to match your expectations.

We are really glad that you had a delightful stay with us and that you enjoyed everything, from the facilities over the food. It is a pleasure for us is to know that you had a relaxing holiday and a wonderful honeymoon (congratulations!!!!).

Our main goal is achieve the total satisfaction of our guests, so we are more than please of knowing it was your case.

We hope we have the possibility to welcome you again in our little paradise!

Report response as inappropriateThank you. We appreciate your input.
This response is the subjective opinion of the management representative and not of TripAdvisor LLC
See all 24,190 reviews
Nearby Hotels 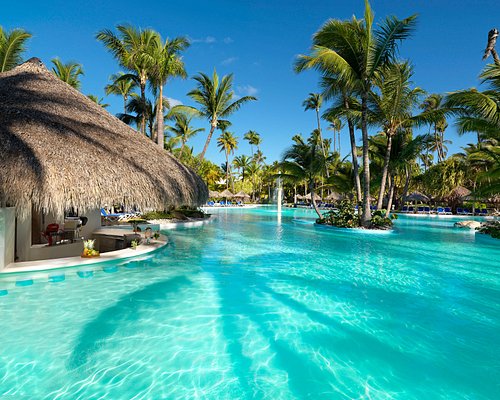 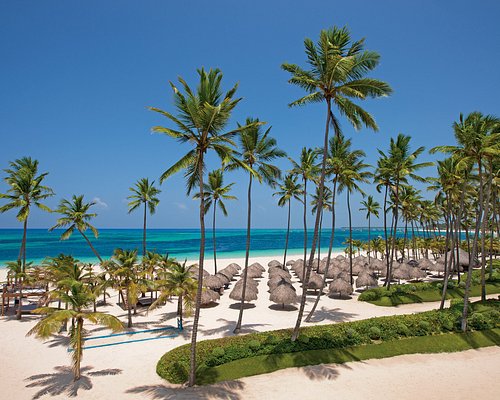 Taking safety measures
We compared the lowest prices from 19 websites 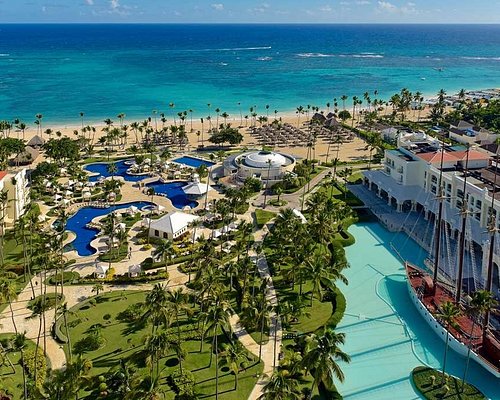 Review collected in partnership with Barcelo Hotels & Resorts
This business uses tools provided by Tripadvisor (or one of its official Review Collection Partners) to encourage and collect guest reviews, including this one.
Ask gsarby about Barcelo Bavaro Palace
Thank gsarby

Firstly we thank you for making our Barceló Bavaro Palace your choice hotel for a 6th visit, although we regret that we fell a little short of your expectations this time around.

We lament that our staff could not meet your expectation in regards to the requested room; however, we would like to take this opportunity to clarify that room’s requests are subjected to the availability, and we apologize for not having a top floor room available during your stay.

It is our sincere desire to have the opportunity to host you again in the near future, so we can have a chance to show you our commitment to your satisfaction. We firmly believe that on the next occasion by putting our best effort, we will be able to exceed your expectations by offering you the most memorable and pleasant vacations that our little Paradise in the Dominican Caribbean can have in this.

Report response as inappropriateThank you. We appreciate your input.
This response is the subjective opinion of the management representative and not of TripAdvisor LLC
Angela D
New York City, New York
96
Reviewed 12 December 2019
Love it

Amazing resort and service is excellent. I definitely recommend this resort to family and friends all the time. I have been going to this resort for many years and was extremely happy my daughter and her friends were able to have the same positive experience I have had throughout the years.

Review collected in partnership with Barcelo Hotels & Resorts
This business uses tools provided by Tripadvisor (or one of its official Review Collection Partners) to encourage and collect guest reviews, including this one.
Ask Angela D about Barcelo Bavaro Palace
1  Thank Angela D

We really appreciate that you share your positive experience in regards to your stay in our Barceló Bávaro Palace on TripAdvisor.

We are really glad that we were able to meet your expectations and that your family and friends, enjoyed your stay in our little paradise. Our main objective is the total satisfaction of our guests is an honor to know that we fill your expectations 100%.

We would like to express our gratitude for considering us as amazing; we hope that when returning to the Dominican Republic, you will give us the opportunity to welcome you again at our resort.

Report response as inappropriateThank you. We appreciate your input.
This response is the subjective opinion of the management representative and not of TripAdvisor LLC
Canadian_travel_Dad
Vancouver
1
Reviewed 11 December 2019
Bad experiences at Barcelo Beach Palace

We thank you for taking the time to bring your concerns to our attention. It is through communications of this nature that we are given an opportunity to assess and evaluate our performance, as well as to ensure that we maintain and deliver the level of service expected from our Hotel.

In regards to your wife’s loss, we apologize for any inconvenience this situation may cause and we apologize if you did not receive prompt and timely attention from our employees and our Hotel. Allow us to inform you that for the Barceló Hotels & Resorts, we have a great commitment to the safety of our visitors and we regret to hear that you did not feel sufficiently assisted in this delicate situation. We want you to be sure that we assume the Safety of our guests very seriously, and that with all the resources in our hands, we provide a safe environment for our guests.

We regret that your overall impression of our services, and especially that our gastronomic offer has not been to your liking, since we work hard for our guests to return back home with the greatest holiday experience; we sincerely lament that with you and your whole group we have not achieved our main objective on this occasion. It is important to address that we have an internal Quality Control Coordinator to ensure all Hygiene & Sanitary procedures are been met according to the company policies, which on a frequent basis audits our hotels in all Hygiene and Sanitary procedures. We can assure that our hotel is a safe and disease free complex, since we follow a very strict hygiene program and constant monitoring of all standards of quality in our Hotel is been recognized by Cristal America Consulting - Check Safety Group, for our effort and performance in hygienic and sanitary.

We apologize that your vacation did not turn out as you expected. We remain committed to ensuring that Barceló Hotels & Resorts´ reputation will reflect the excellent standards that we advertise and hope that despite the unusual circumstances surrounding your visit, you will consider Barceló Bávaro Palace again when planning future Caribbean travel

Report response as inappropriateThank you. We appreciate your input.
This response is the subjective opinion of the management representative and not of TripAdvisor LLC
yazmirac
2
Reviewed 11 December 2019
The best resort in Punta Cana!!!!

We felt welcomed from the minute we walked in. The service and attention from all the staff was superb. They were friendly and professional, always greeting us with a smile on their face and making sure our expectations were being met. Our room was clean and had a great view. The bed was so comfortable and the jacuzzi in the room was perfect to unwind and relax after a long day at the beach. The food at the resort was exquisite, it didn't matter if we ate at the buffet or at their different restaurants. The entertainment was also fabulous! We did not want to leave this hotel and we are planning to come back soon! My husband and I highly recommend it!

First and foremost we would like to thank you for the praising review you shared following your recent visit to our hotel and we are delighted to read that we were able to match your expectations.

It was very pleasant to know that you enjoyed our infrastructure as well as our facilities, were of your satisfaction and that we were able to provide you a delightful stay. Thank you for your kind note, we are proud of having met your expectations.

Hoping to be part of your next memories in the Dominican Caribbean, we will be waiting for your news whenever you decided to repeat your experience in our little paradise.

Report response as inappropriateThank you. We appreciate your input.
This response is the subjective opinion of the management representative and not of TripAdvisor LLC
165ip
1
Reviewed 11 December 2019
Good vacation

I enjoyed the entertainment with anhyela Aquino, edisson Gomez, and malvin valdez...on stage. I felt comfortable enough to dance on stage in front of everyone. Food and drinks are amazing! My room is beautiful. They are very welcoming


We are glad to know that we were able to provide you a delightful stay and that you enjoyed most our services and facilities having a wonderful holiday. At Barceló Hotels & Resorts we have a commitment to provide quality service beyond our guest’s expectations, and it is a real pleasure for us to learn that we have achieved our goal. It is truly a pleasure for us to know that you enjoyed your stay at our resort and that you appreciated the hard work and commitment of our staff; we will inform them about your kind words, and thanks for recommending.

It would be a pleasure for us to welcome you again during a future visit in the Dominican Republic.

Report response as inappropriateThank you. We appreciate your input.
This response is the subjective opinion of the management representative and not of TripAdvisor LLC
View more reviews
PreviousNext
1…187188189…