The major advantage of this property is the location which is very good on the beach... Apart from that rooms are very standard, but clean... Food is atmost average and service being very slow. The beach is very close by but not very clean...

See all 157 reviews
Nearby Hotels 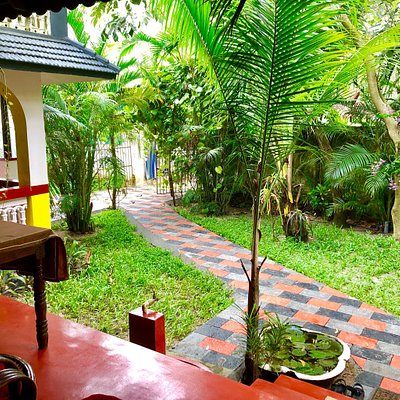 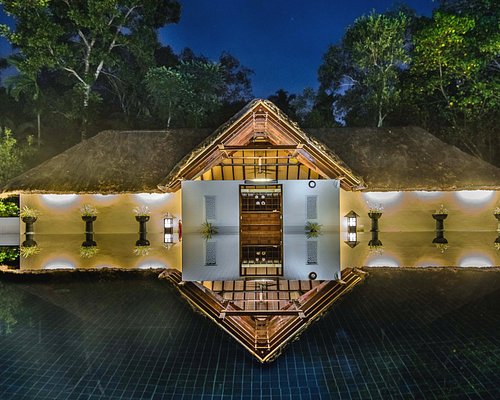 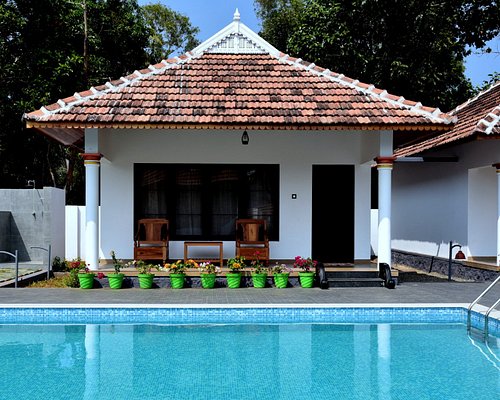 We had stayed in this resort in June 2014.We choose this hotel as it is on Marari Beach.We had mixed experience with this hotel.
Room provided had issues with AC and also had stinking smell.After we complained, we got another room which was really nice.Had a good view of Sea.Roof Open Toilet was bit new to me but liked it.Swimming pool is small and not maintained.Cannot swim in this pool. Friendly Staff.Food was good but serving is much much much much delayed.Phone extensions were not working and ordering anything was cumbersome. Property has quite a bit good space with lot of trees.Resort is on the beach.Its good to relax.

Important thing about beaches in marari or Allepey is, Local people use beach as toilet which makes beaches dirty and unhygienic.Its annoying to walk on the beach or play.

This review is the subjective opinion of a Tripadvisor member and not of TripAdvisor LLC.
Vimmm
Bengaluru, India
112
Reviewed 17 July 2014
The worst resort ever... never going back

Now, I would not traditionally leave a review, however I wanted to try and relate my story in some small attempt to help other travelers NOT to make the same mistake I made.

I would like to bring this in to your attention, harassed by hotel manager and a very poor service quality exhibited from the hotel manager

The staff are poorly trained and have little idea what people expect from a resort, terrible manager and rude stuff

I've been there 2 weeks before with my friends and we were not satisfied with some of the services we have had to ask house keeping to place 3 towels in the room on a number of occasions before they clued in. The servants in the morning at the breakfast can not take simple instructions from us until we called the manager

Room was insecure because the fisher man told us some unknown people would visit the beach regularly,the food was horrible and the service was porridge !! Unfriendly and inhospitable hotel manager

i would not recommend this place to anyone

The fisherman villa is in one word, HORRIBLE.

This review is the subjective opinion of a Tripadvisor member and not of TripAdvisor LLC.
Prasanna18
Bengaluru, India
110
Reviewed 17 July 2014
Terrible Experience and We were cheated

Only Good thing here is Its very close to Beach....

But lot of Problem we faced there,
-> Food we ordered and they took nearly 2 hours to get it ready.
-> Bathrooms were not neat all and no Hot water.
-> Rooms were maintained very badly. Ac was not working at all...
-> Pool was in very bad state.
-> All village people were passing by resort and its not a safe place for ladies
-> Manager has taken 2000 Rs extra from us, without any reason. Clear cheating happened as only we 4 girls went there...
-> Manager was drunken and shouting at us, and he came to hit us as well, when we asked for details for money we paid.
-> People there were behaving very rude and nights there is not safety for Family people as well....
-> Pls never ever dont book this resort, Its worst worst n worst Experience....

This review is the subjective opinion of a Tripadvisor member and not of TripAdvisor LLC.
Chandan_Melukote
Bengaluru, India
23
Reviewed 16 July 2014
Worst experience of my trip to Kerala

The only good thing about this resort is close to beach and staffs were good. Except that i cannot say single positive comment about this resort. If you are vegetarian please avoid this resort. You cannot eat food because we get fish smell from plates, glass, spoon, everything. and more important thing is if you are going in off season, you may be the one and only guest for the resort. Even though we visited in weekend they had only 2 guests. So limited varieties of food and because resort is very big, it is not at all safety place to stay in off season. In night no one will be in the reception to attend our calls. So over all worst experience with this hotel

This review is the subjective opinion of a Tripadvisor member and not of TripAdvisor LLC.
prajithpreeti
Bengaluru, India
14
Reviewed 7 May 2014
Worst resort ever been to..

What's good ....
Close to the beach
View around the cottage

Con's
>Does not except Cards,only cash.
>No hot water
>Cook had left home by 6 thinking we are having dinner from outside, had to wait late, we were the only guest in the resort.
>Pool was under maintenance
>No privacy, there was some function happening in a house near by, all the visitors were passing though the resort .
>Not friendly at all...
>Bad approach to the resort.