The road to the place is bad and requires a four wheel drive. But the amazing view makes it worth the effort. Perfect place to relax for a weekend. We were the only guests at this time. The food was quite good and the terrace made it possible to enjoy the view while eating. Tina and the staff were very helpful.

Trip type: Travelled as a couple
See all 103 reviews
Nearby Hotels 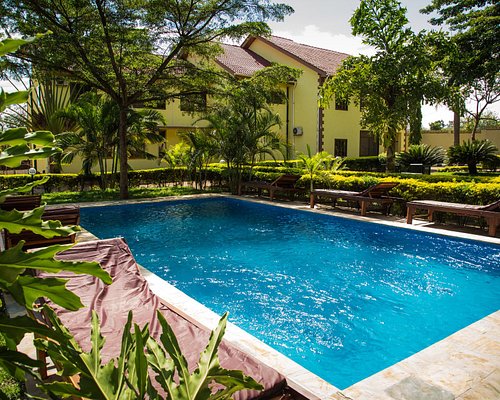 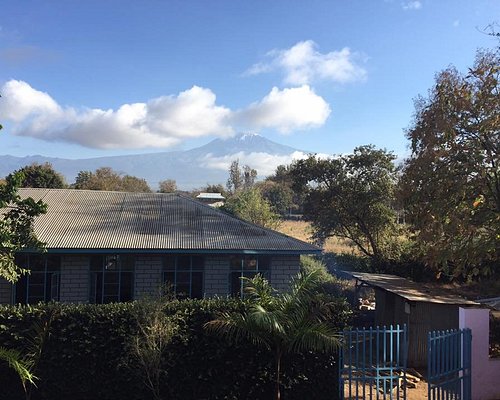 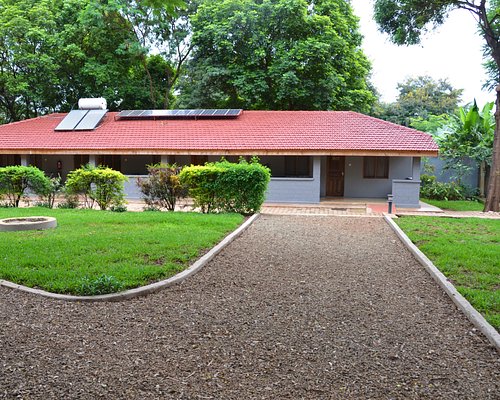 Expedia.com
View deal
Free cancellation
Pay up to 12X
Hotels.com
US$ 88
Agoda.com
US$ 71
Trip.com
US$ 90
View all 12 deals from US$ 71
482 reviews
12.7 km from Mount Kilimanjaro View Lodge
We compared the lowest prices from 12 websites
Breakfast included
Kaliwa Lodge

Hotels.com
View deal
Booking.com
US$ 162
Expedia.com
US$ 218
Priceline
View all 13 deals from US$ 162
226 reviews
18.0 km from Mount Kilimanjaro View Lodge
We compared the lowest prices from 13 websites
Breakfast included
Altezza Lodge
US$ 58

It took us nearly two hours to journey to the lodge form the city. The roads are in awful condition; we we encountered mounds of dirt on the road that made it impassable. We had to pay locals to shovel a way for us. Also, there are NO signs indicating which way to go to the lodge. We had to rely on finding locals (in the dark) from whom to ask directions, one group who tried to steak our suitcases. Upon arrival, there seemed to be no real manager in charge. We were shown to our room: a tiny space with broken towel racks, sparse bedding, and an overall icky feel. I requested a larger room where our suitcases could actually be opened and they assigned us a room with 3 bunk beds. I cannot accurately describe the poor state of the huts. They are falling apart with hastily stapled plastic covering the holes in the walls. There is NO heat and it was freezing. INs spite of Booking.com stating "only 2 rooms left", we were the only guests. The food was overpriced, salty, and of poor quality. Most importantly, we were offered tours that anyone who has traveled to Moshi has already done. There was nothing new, just the waterfalls. I would've loved some interaction with the locals, a local hike, anything. Although we overpaid for two nights in advance due to Booking.com's policy, we left after one night. I don't know where the positive reviewers stayed or how low their expectation are, but our experience was terrible and I wish Trip Advisor were a more authentic and honest review site.

while excited to be off the beaten track for a couple of days following work in tanzania, i was somewhat disappointed with the mountain view lodge. the rooms were ill kept, food scarce and expensive for what it was, parts of the lodge were closed or not working (the hot tub for one ) and there was nit heat in the damp.
dirt roads and 4x4 access don’t concern me unless a torrential downpour risks being able to get back down the track to the airport on time!
i was disappointed with everything except the view.

This review is the subjective opinion of a TripAdvisor member and not of TripAdvisor LLC
Y5459WHjillr
Beverly Hills, Florida
11
Reviewed 27 January 2019
Best views

My family spent three nights at MKVL right before New Year's. The first night we got in quite late after being picked up at Mt. Kilimanjaro airport by our safari operators. It was a difficult trip up the mountain but we were greeted warmly by Lenny and her staff. We enjoyed a cup of warm soup and an waiting bed. The next morning we were up at sunrise to see the lovely sight of Mt. Klii before clouds covered it. We were hooked and were up at sunrise the next day again. It is a view not to be missed. During the day my grandchildren hiked down the rainforest and met the small town children and brought them back to enjoy a cocacola. They had tasted banana beer in town and our cultural adventure began. We experienced a beautiful rainbow and beautiful views down the lush mountain. The rooms are in a safari themed big five mode. Quite minimal with double bed, shower and toilet. The emphasis is on the view and the pleasant staff. We ate 3 meals there as there are no close other choices. the food was very nice and too plentiful.and very reasonable. There was a problem with the hot water and electricity that they hope to correct very soon. It really didn't interfere with our stay. Be prepared to withdraw from the internet, read a book, talk to each other and commune with nature, it's vacation time.

Room tip: Many steps to rooms. be sure and have headlamps to see your way at night.
Ask Y5459WHjillr about Mount Kilimanjaro View Lodge
1  Thank Y5459WHjillr

This review is the subjective opinion of a TripAdvisor member and not of TripAdvisor LLC
alizoeb
Dar es Salaam, Tanzania
144
Reviewed 1 January 2019 via mobile
paramount of peace

this is the second time i visit this place and as much as i want to keep silent about this secret spot , its time to reveal this wonderful place- if you are expecting temprapedic beds or airconditioning this is not a place for you- however i can guarantee you will come out refreshed if you come here for a peace of mind ! lenny is an amazing host and you wont come out disappointed

This review is the subjective opinion of a TripAdvisor member and not of TripAdvisor LLC
GhettoGtravels
Yerevan, Armenia
5116
Reviewed 18 December 2018 via mobile
I’m Torn! I Really Want to Keep This a Secret

Yes! I read the reviews and watched the videos on YouTube. And, yes, there were concerns about transportation from the airport, food at the hotel, and the walking. There was a lot of talk about the walking. I’ll get back to that one. First, let me come clean. I’m a RPCV, a returned Peace Corps volunteer. I served in Kenya, in the mid 1980s. This stay was my first trip to Tanzania and I was traveling with two other RPCVs that I served with thirty years ago. There was also a friend of a friend with us.

We arranged for four (4) single rooms and two airport pick ups. The friend of the friend was arriving after us. By the time we reached the airport, we may have been a tad late, the driver picking us up was also late, and we all decided to just wait for the friend. First off, there was only one driver. The poor fellow would have to drive the three of us to the lodge and then turn around to get our friend. Secondly, our friend wasn’t a RPCV. The idea of having her navigate getting to the lodge, without us, in the middle of the night, didn’t seem fair.

True to all online reports. The car we were in could NOT make the final push to the hotel. Another car, one that had been following us, at some point, pulled in front, after our car became stuck. The four of us bounced out, entered the new vehicle, and arrived at the hotel, shortly before midnight. We did not find four individual rooms. Too tired to deal with it, two of us took singles and the other two took a room for five!

The next morning we woke up and saw the view. We were home. For some, it looked like our old site in Kenya. For others, it was the site we always wanted. Either way, it was amazing. The rooms had hot water (after a day or after we figured it out), a toilet, and a bed. The staff was great! They gave us a choice of breakfast and lunch or breakfast and dinner. We went with the latter and requested only local food! During our stay, we did the three hour coffee tour, visited a local church (and cried like babies, watching a choir rehearsing) and taught “Head, Shoulders, Knees, and Toes, at a primary school. We loved every single moment of our stay. Even the walk from our rooms/huts to main area for our meals became wonderful! Those steps brought us closer to the most wonderful views of Kilimanjaro. The time we spent together, hot drink in hand, brought us closer to each other.
We never wanted our time there to end.

The Mount Kilimanjaro View Lodge isn’t for everyone. But, ... if you’ve been missing East Africa, the red of the dirt, the laughter of the children, and the person you were, the last time you lived there, you really don’t have a choice.