$892
$681
Free cancellation until 27/05/22
Reserve now, pay at stay
View deal
Booking.com$678
Traveluro$892
eDreams$678
Agoda.com$675
Expedia.com
Hotels.com
View all 17 deals
Prices are provided by our partners, and reflect average nightly room rates, including taxes and fees that are fixed, known to our partners, and due at time of booking. Other miscellaneous taxes and hotel fees which are not fixed or due at time of booking may be payable at the property at time of stay. Please see our partners for more details.
marco_polo_sabe
Buenos Aires, Argentina
46

The best hotel in Buenos Aires! Restaurants, bar, rooms, the gardens and the swimming pool were amazing! The staff is very welcome. We love Elena Restaurant. Dj at the bar. Concierge very good. What to say? We will come back soon. We love it! Thank youMore

Dear marco_polo_sabe;
It is great to hear how much you enjoyed your stay, including our staff and service, your room, and Elena. We look very forward to welcoming you back for another memorable experience. Thank you, Diego

Report response as inappropriateThank you. We appreciate your input.
This response is the subjective opinion of the management representative and not of TripAdvisor LLC
See all 1,868 reviews
Nearby Hotels 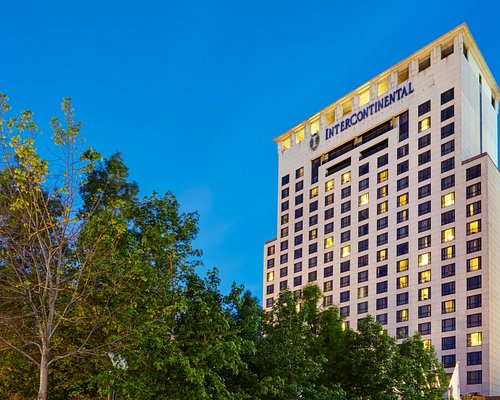 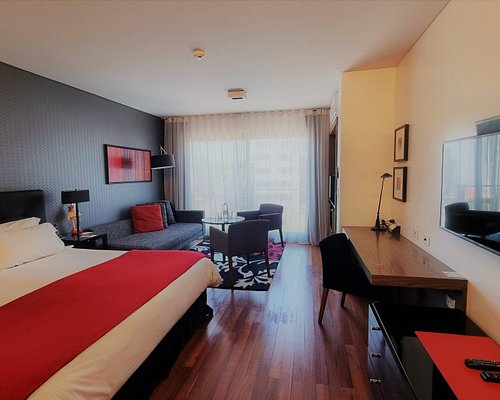 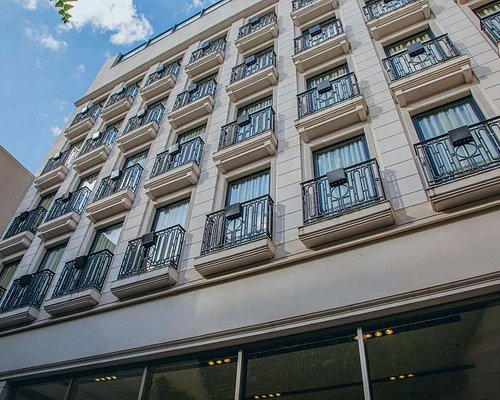 Services provided to my family for recent three long months stay beyond expectations. The up keep of the hotel is very well maintained. The Elena Restaurant provided excellent foods and also able to cook special meals whenever we send them any Asian recipes one day up front. Coergiege service is excellent and very skilful.

Review collected in partnership with Four Seasons
This business uses tools provided by Tripadvisor (or one of its official Review Collection Partners) to encourage and collect guest reviews, including this one.
Ask JamesBeh about Four Seasons Hotel Buenos Aires
Thank JamesBeh

This review is the subjective opinion of a Tripadvisor member and not of TripAdvisor LLC.
Radarman123
Central Florida, Florida
209141
Reviewed 25 November 2021
Best Place to Stay In Beunos Aires

Yes the Four Season is a Luxury hotel. The best part of this is the hotel's service.
Front Desk was amazing - Paula took care of us and everything we asked was never a problem.

Breakfast is served in the Elena -- again service was super. Service again outstanding.

Food -- did a separate review for the Elena restaurant. The food in the evening there is outstanding with most of the guests being local patrons.

Room was clean, modern, great internet. No issues. We stayed on the E-Lounge Floor in a Junior suite. Only negative is that the E-Lounge has zero benefit as no drinks or snacks are provided since COVID. So no benefit for booking a room on that floor.

Location cannot be beat -- walk able to Recoleta and also Florida street. They also can arrange for on-site COVID testing with PCR tests results in 24 hour.

We have been to several hotels in BA prior (Sheraton, Towers, Emperador, Alvear Palace) -- this has been the best.

This review is the subjective opinion of a Tripadvisor member and not of TripAdvisor LLC.
maxxand
Sicily, Italy
5372
Reviewed 23 November 2021
The place to stay in Buenos Aires

The location of the hotel is superbe, the quality of the facilities outstanding and especially the courtesy of the staff is unique in Buenos Aires. A place I always long to return to. Strongly recommend

Review collected in partnership with Four Seasons
This business uses tools provided by Tripadvisor (or one of its official Review Collection Partners) to encourage and collect guest reviews, including this one.
Ask maxxand about Four Seasons Hotel Buenos Aires
Thank maxxand

This review is the subjective opinion of a Tripadvisor member and not of TripAdvisor LLC.
Bob B
Fort Myers, Florida
6351
Reviewed 29 March 2020
4 Seasons Hotel Buenos Aires

This is a very nice property in true 4 Seasons style. The hotel is very nicely appointed in a great location in the city. The entire facility is well maintained and very clean. The spa is on the small side, but the messages were top shelf. The concierge made all our transportation, spa, and dinner reservations prior to our arrival; and everything worked as planned. We were upgraded to a beautiful suite, which was very comfortable and nicely decorated. We enjoyed lunch at the pool and dinner at Elena. We also enjoyed a fantastic buffet breakfast in Elena the next morning. Great service overall, as you would expect from a 4 Seasons hotel. What a way to start a vacation.

Room tip: We booked through American Express travel and it worked out very well. The extra benefits received were appreciated.
Ask Bob B about Four Seasons Hotel Buenos Aires
3  Thank Bob B

This review is the subjective opinion of a Tripadvisor member and not of TripAdvisor LLC.
scrapabc1234
San Francisco, California
25
Reviewed 7 March 2020
Reasonably nice but many mistakes made that reduce the value

I am currently staying at this hotel. Generally a good hotel and what you would expect from a five star hotel, but not an exceedingly nice experience. It’s just my first night, and we have already had several issues. For example, while sitting in the lobby with my husband and baby a security guard came to confirm that I was actually a guest. I would normally be fine with this because security and privacy is part of what I appreciate in five star hotels, but this seemed a little targeted as none of the guests who were 10-20 years my senior were approached. Ten minutes later, one of the older men in the lobby vomited all over. He was very drunk (appeared to be from the hotel bar), and clearly not a hotel guest. This obviously ruined my night and churned my stomach. The lobby stunk like vomit. The man sat there overlooking his vomit for five minutes. I alerted security of what had occurred, and they seemed a bit disorganized on how to handle the situation. The guard notified the rest of security about what had occurred and we all waited for someone to kick the guy out. Five minutes past, then ten minutes. Man is still sitting there dripping in vomit with his hands on his head. Finally I left the lobby because the guards were just standing over him trying to figure out what to do. The man seemed to be drunk from the hotel bar, but it’s hard to know because nobody was monitoring the guests or the situation. The lobby of a hotel at this level should not be for parties and drunks. If someone is that drunk at the hotel bar, have them removed, do not let them wander into the lobby. If someone vomits on the lobby rug, definitely have him removed and have the room cleaned. I expected more from the hotel regarding both preventing this situation from occurring and fixing it promptly once it occurred. Not the family friendly vibe I expected from a four seasons. The room itself is well appointed and the overall experience outside of this has been fine, but not excellent. I imagine you could get a similar experience for a hotel half this price. Hoping things turn around tomorrow, but so far we are disappointed.

This review is the subjective opinion of a Tripadvisor member and not of TripAdvisor LLC.
View more reviews
PreviousNext
1234…