Great ambience for work and meeting - Review of Jaypee Siddharth

Great ambience for work and meeting

I went there for a meeting. Had lunch and drinks too.
It is affordable and at the same time unique and plush.
Food was great and rooms were tidy. Restaurants for various cuisines are available.
Restaurants also have live singing concerts...(nice singers)
It is easily reachable by delhi metro (Station- Rajendra Palace).
It provides a soothing environment were you can work and relax too.

See all 1,727 reviews
Nearby Hotels 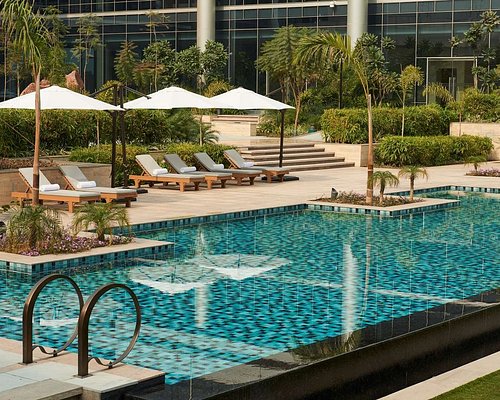 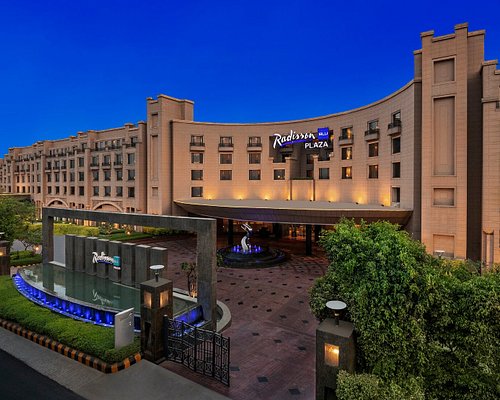 Taking safety measures
We compared the lowest prices from 17 websites
The Oberoi, New Delhi
US$ 244

We hosted a small party in the hotel. Though the hotel is clearly visible and seen standing from far but as it is by the roadside, there's lot of noise and dust. The food was not upto the expectations. Service was nice.

This review is the subjective opinion of a Tripadvisor member and not of TripAdvisor LLC.
pauline m
N Ireland
94121
Reviewed 27 February 2010
not worth the money

The hotel is in a terrible area. Check in was effecient but staff were cold and distant. Having stayed at the imperial and other 3 star hotel in agra during our stay I can say their hospitality, even in the 3 star hotels would put this place to shame. They did not make us feel welcome nor did they assist us well in small difficulties we experienced such as locating a certain store. We had a club room and it was small and we were awoken in the night by ferocious fighting in a nearby room. Our meal in the restaurant was pretty poor, my husband unable to eat the meat, breakfast was equally disappointing. Having a late flight I thought it wise to book a hotel we could hang around in after an evening meal while waiting for an airport transfer. Well there is no area for guest to sit in other than in their room, and the pool was an uncomfortable area due to the traffic fumes and noise. We paid £180.00 for 1 night and it was a waste of money. Do yourself a favour and book somewhere else.

This review is the subjective opinion of a Tripadvisor member and not of TripAdvisor LLC.
Jesselton
Beijing, China
22
Reviewed 19 February 2010
Good restaurant

Service at the restaurant is fantastic. Food is good and you can eat without worries. The problem we had is checking in. We had a valid booking but when we checked in the hotel they gave our room away. And we had to change room the next day. This is definitely very poor service and not to be considered as a 5 star hotel. Hotel is clean but overpriced. Not sure I will stay here again.

This review is the subjective opinion of a Tripadvisor member and not of TripAdvisor LLC.
jagmohanphul
Subhash Nagar, New Delhi
1
Reviewed 22 January 2010
Loved coffe

I enjoyed coffe with my family in the small family party on the occassion of birthday of my child and enjoyed snaks which were very tasty.

This review is the subjective opinion of a Tripadvisor member and not of TripAdvisor LLC.
sd123Mumbai
mumbai
2
Reviewed 16 January 2010
dilution wala jaypee Sidtharth

jaypee Sidtharth hotel is one of the finest 4 stars hotels in delhi, the stay there was fabulous and pleasant, the hotel is hospitable and beautiful. Whether it was room service, housekeeping or reception every service was accurate and alert. I liked the location as it was quite convenient for us to travel in the heart of delhi. I mean CP was skip hop and jump and karol baug which is very famous for shopping and gaffar mkt was just stone throw away. we were very well connected. Metro station was just opposite of The hotel overall it was a beautiful experience.

This review is the subjective opinion of a Tripadvisor member and not of TripAdvisor LLC.
View more reviews
PreviousNext
1…253254255…