We came here while coronacrises. We had to stay here for a long time, but we were happy to be at this quiet and nice place. The family that runs the guesthouse was very polite and helpful if you needed them. We really appreciate that they gave us hospitality. The room we had at the backside was simple but sweet. Just in the morning you have to be a little careful, because the monkeys are around, but that is kind of funny. Also you are in 10 minutes at the market or ATM which was helpful in this time we stayed here in Bundi.
Also I just want to say thank you Uma Megh for everything.More

Show less
Trip type: Travelled as a couple
See all 45 reviews
Nearby Hotels 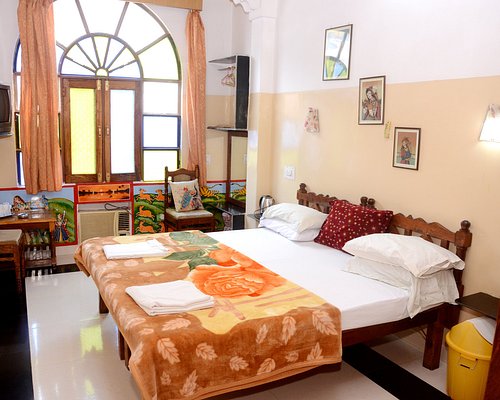 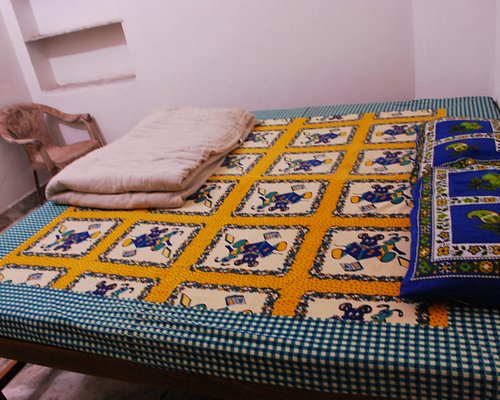 Old haveli in the naval Sagar area , room have view of the dirty lake with lots of mosquitoes , not clean bathroom and room is ok , they have lake side restaurant which is also ok . WiFi is really slow and not possible to use in the room so if u want to use wi-fi u have to sit near WiFi router. They have safe parking that a good thing . And it's easy on pocket so it's ok ok place to stay in bundi

This review is the subjective opinion of a Tripadvisor member and not of TripAdvisor LLC.
gaia1111
Houston, Texas
32
Reviewed 14 April 2019 via mobile
Enchanting place

This is a enchanting place very charming with an old essence. The owner is super attentive and nice. The room very clean, i found the bed to be very comfortable. The restaurant serves good food for reasonable price and you can have such a lovely view to the water. I wouldve loved to stay longer. Bundi is a great place to explore and disconnect from the chaos.

This review is the subjective opinion of a Tripadvisor member and not of TripAdvisor LLC.
adamandizzy
Norwich
10033
Reviewed 26 October 2017 via mobile
Amazing lake view

Stayed here for a night while exploring Bundi. We hadn't booked anything and just showed up here.

Room was lovely, a bit dated but had everythinng we needed. En suite, shower etc.

The view from the bedroom window was what sold it to us, fantastic views of the lake. They were also happy to negotiate on price slightly. Really lovely guesthouse.

This review is the subjective opinion of a Tripadvisor member and not of TripAdvisor LLC.
sylvain0102
Paris, France
1524
Reviewed 17 October 2017
Some character but too many drawbacks to be a true good experience

Hostel location is quite perfect : in the touristy neighboorhood, by the lake (and close to the fort and the palace too), our room did have a view on the lake, which is very nice when waking up. The rooms seem old but do have some character and you feel like chilling our in them. Our room was with shared bathroom and the bathroom was very old, only one room with shower and toilets for several rooms (so you can wait quite a lot if someone is washing while you just wanna take a leak).

But several things made that we didn't enjoy this experience as much as we could have. First when we arrived at the train station, in the night, a tuk-tuk driver came to us with the name of our hotel and our name, so we went with him, thinking that our hotel had arranged something to pick us up at the station without telling us (it had happened once in Jaisalmer). But when we get to the hotel, the tuk tuk driver asked 200Rs from us (while the ride was worth 100 at most), when we complained to the manager of the hotel, he told us that he had never given our name to any tuk tuk driver (OK but how did he get it ?!). So I can't recommend a hotel where you get scammed even before entering the hotel premises. Then the hotel restaurant was really overpriced and they were stingy on everything : the nutella pancake for instance had only the name of it and you could barely feel that there was any nutella at all, and it was the same for everything. Finally the scooter that we rented from the hotel was also overpriced and we didn't feel like it was safe at all (direction issues), and we had to wait a long time for the manager that was supposed to come to our room to give us the keys.

This review is the subjective opinion of a Tripadvisor member and not of TripAdvisor LLC.
joellepeloquin
Montreal, Canada
101
Reviewed 16 March 2017 via mobile
Really great guesthouse!

This is the perfect place to stay in Bundi. The location is directly on the lake and from our room we had the most gorgeous and peaceful view! The room is really authentic haveli style and we thought all the little details were really charming (colored glass windows, little flower vases over the bathroom arch). The garden is a great place to relax, really clean with a lot of flowers and birds and directly on the lake too, and garden restaurant serves good food. Most of all, the owners were so kind and helpful with us and we are really glad we met them :) Wish we could have stayed longer. thank you!