Akhil Beach Resort
Akhil Beach Resort
Lowest prices for your stay
Lock in the lowest price from these sites
$48
Free cancellation until 03/06/22
Reserve now, pay at stay
View deal
Priceline
eDreams$48
StayForLong
ZenHotels.com
Agoda.com
Destinia.com
View all 8 deals
Prices are provided by our partners, and reflect average nightly room rates, including taxes and fees that are fixed, known to our partners, and due at time of booking. Other miscellaneous taxes and hotel fees which are not fixed or due at time of booking may be payable at the property at time of stay. Please see our partners for more details.
HerbertB312
Vienna, Austria
15262

Since my last visit in 2019 the hotel has refurbished the rooms with a lot of wood, creating a cosy atmosphere. Also the doors were modernized and now can be only opened by an entry card. There is now much more lighting in the room. It took me the better part of a week to find out which switch was doing what. Room cleaning was done on request and was efficient. A big advantage is the pool at the Akhil Beach across the road that you could use. Sometimes there were so many people from outside paying the fee for the pool that hotel guests found it difficult to get a sunbed. The restaurant has not changed in any way, serving quite acceptable food at lower than average prices. That the service could be faster has been mentioned during my two former visits as well. More 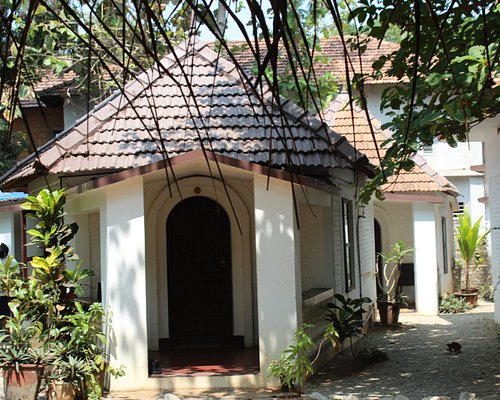 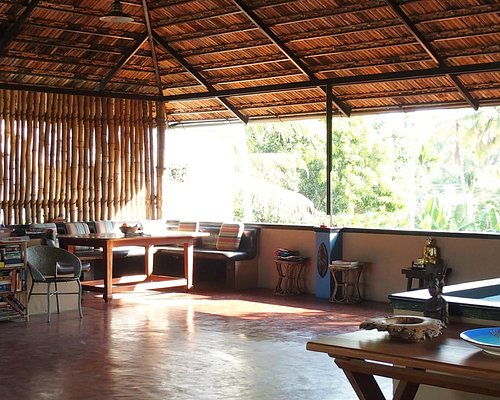 We booked our flights, hotel and transfer through booking.com who in turn booked the hotel through Guesthouser. We were initially concerned because we were not sure if the hotel they showed was the one we had previously stayed in. However as they showed us a photo of the hotel, which we recognised, our concerns appeared to be unjustified. The flights to India and the transfer from the airport to hotel went smoothly and we arrived at the hotel at about 03.30 local time. Things then started going wrong as the hotel advised that although Guesthouser has requested the room they had not confirmed the booking and had not paid. We then spent nearly two hours trying to contact booking.com and Guesthouser on all the telephone numbers and email addresses provided with no luck and on the end we were forced to pay a further £1300 to ensure that we had somewhere to stay during our holiday. Three days later we received an email from Guesthouser saying that they were “unoperational” on the day of our arrival and could not help us but by way of apology they would refund us £400. Obviously no mention of the £90 spent on phone calls or the stress of arrival with no where to stay.
Needless to say, some 14 days later we are still awaiting the refund

Trip type: Travelled as a couple
Ask bill b about Akhil Beach Resort
Thank bill b

This review is the subjective opinion of a Tripadvisor member and not of TripAdvisor LLC.
Rohit_Nayal
Mumbai, India
3126
Reviewed 6 January 2020
Swimming pool area is awesome

Resort is not sea facing but its pool area compensates for it. One can enjoy the swim while listening birds chirping in the background . Special mention to Mr, Ranjit in the reception , his dedication to serve customers is commendable. Overall service is good.

This review is the subjective opinion of a Tripadvisor member and not of TripAdvisor LLC.
727sachina
Mumbai, India
1
Reviewed 28 December 2019 via mobile
Poor and Pathetic Service

The rooms and pool are really nice. The service at the restaurant is terrible and really pathetic. We had to wait for 1.5 hrs to get our order. Raja park did not have their on restaurant and we had to go to their other resort for food. There are no tv in the rooms. Overall a good hotel with a very poor service.

This review is the subjective opinion of a Tripadvisor member and not of TripAdvisor LLC.
Christina_A_85
41
Reviewed 27 October 2019 via mobile
Good pool

I didn’t stay here, but I used to use their pool for few times. Very clean and nice area, comfortable sun beds. You can spend there all day long there easily, so peaceful! It’s nice that they alow walk-in guests!

This review is the subjective opinion of a Tripadvisor member and not of TripAdvisor LLC.
Jhanvi12patel
Toronto, Canada
122
Reviewed 29 May 2019
Relaxing

The resort is really close to the beach like literally 5 min walk, the pool is a nice place to relax in the summer heat. The staff is nice, we had requested a mosquitoe repellent and we got one. As for the rooms they're not the best, a little small and cramped but makes up for the price. Overall nice to stay as it's close to the beach front.

This review is the subjective opinion of a Tripadvisor member and not of TripAdvisor LLC.
View more reviews
PreviousNext
123…
<script type='text/javascript' crossorigin='anonymous' async onerror='__scriptLoadError(this,true);' src='https://static.tacdn.com/