Hotel's location is great. Its at the end of the cliff. You can enjoy the beach just by walking out of your room. Sevice is good and it doesnt have its own restaurant. There are cafes jusi in front of the hotel. Book the hotel for its proximity to beach.

See all 159 reviews
Nearby Hotels 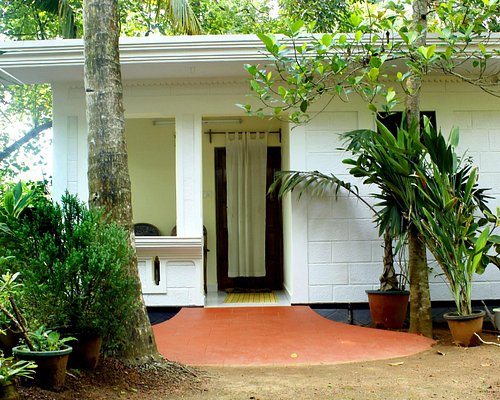 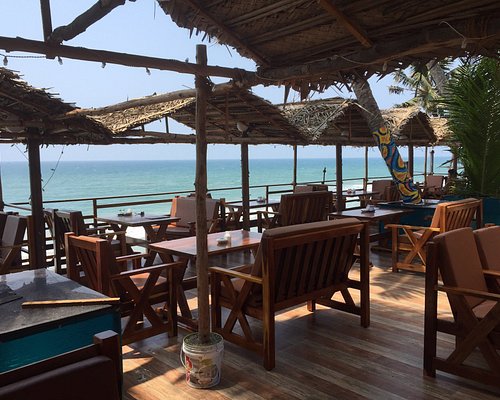 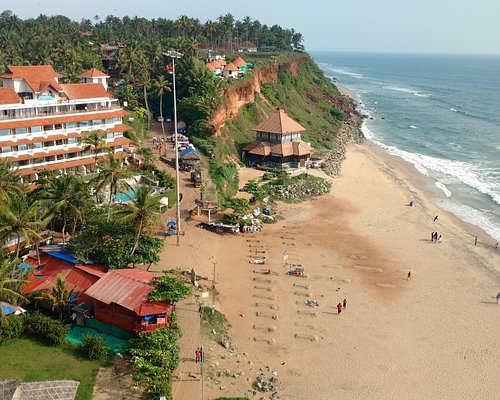 great place to stay beside the beach ... practically on the beach ... u can hear the waves in your rooms. beautiful garden with palm trees and seating for outdoor breakfast on the lawn watching the waves rolling in. But be wary of the overhead coconuts in this great garden ... don't sit underneath ...ouch !!
Good wifi signal here too when you ask for it. great rooms with balconies and views. AC if you wish en suite bathrooms fans and I haven't seen one mosquito yet and im here almost 3 weeks already ... cant leave !!
there is even an inhouse full time Ayurvedic Therapist/masseuse here as well - Ratheesh who will rub all your aches and pains and stress away at very good hourly rates .. well worth it too i can assure you.
and the boss man owner manager Mr Alzar will help and advise in any way possible - as he does ... might even show you one of his short movie clips that is his passion when the hotel may be quiet.
staff are very courteous helpful and kind and will organise your laundry service too and free water each day . Simple but tasty breakfast from Shams as well. Tea or coffee to your room or breakfast in bed for those honeymooners who cant leave the bed !!
well worth a visit at the most economical rates around.
Enjoy your sojourn here and you will be back.

This review is the subjective opinion of a Tripadvisor member and not of TripAdvisor LLC.
ajie111
Goa, India
32
Reviewed 24 February 2019 via mobile
Don’t select this hotel until u don’t find any place in Goa to stay.

The hotel as it looks in pictures is not the same when u see it, so don’t get fooled with the pictures. You may screw your holiday by checking here, the first and the foremost thing which annoys you is the team at the hotel. So unprofessional, rude and disrespectful towards guest. All the things in the hotel are royally screwed on top of that the staff makes it worst, the GM of the hotel is the only good thing there in the hotel and he is the only one who can sort your issues (a gem of a person). The moment we entered in the room we saw a fridge totally rusted and dirty and dead, on asking they said we don’t provide fridge in the room this was kept by mistake (seriously? ) and basic lodge this days also provides a small fridge. Just to not allow me to forget that incident when I went to take shower the water went of half the way and I ended up half showered, on complaining the same to the hotel they took half an hour to come and check the issue. Again to not forget me this incident while going around the room I got my leg hurt due to the sharp edges of the bed( a total wrong furniture for hotel, be careful) on asking a bandaid from the hotel they never bothered to get me that till two days I stayed in the hotel. The staff of the hotel is a complete disaster in the hotel. Please avoid staying there as far as possible.

Hi sir , you are mistaken .this is wood house beach resort,varkala, kerala . this is not a resort in goa. please remove this review.

Report response as inappropriateThank you. We appreciate your input.
This response is the subjective opinion of the management representative and not of TripAdvisor LLC
Rajit M
42
Reviewed 16 December 2018
Terrible experience and facilities

We were 2 families and checked in for two nights on 9th December 2018. We had booked two adjacent cottages. The picture which is shown on net on their website and various other websites, the rooms were not setup in that beautiful manner but was still acceptable. The location is very good and close by to black beach. There was only one person in the reception who continued to be the sole person available for anything and everything. One of the two rooms had soiled pillow covers and bedsheet which were stinking. There were lots of ants inside both the rooms, about which the sole person Mr. Rathish couldn't do anything. There was no intercom or room service on the call. There is a restaurant nearby where one needs to go and order and then it can be delivered to the rooms. Again no one comes to pick up the plates back even after a call. There was no electric kettle provided in any of the cottages with no tea/coffee options obviously. Both the families had one infant each so there was requirement of hot water. So in the morning of the second day, we were told that there are solar heaters available but hot water did not appear in any of the taps in both the cottages due to which there was a lot of problem faced by all of us. Everything was conveyed to Mr. Rathish but he seemed helpless as he was again the lone man standing. To anyone's surprise as it will be, the cottage rooms did not have TV. One more thing, the resort can accommodate only one car parking. Thereafter, the car owners have to find space outside the resort nearby and park it at their risk. When nothing could be sorted out after repeatedly telling to Mr. Rathish, we decided to check out and not stay the second day. The resort also had taken one day advance from us so it just worked out otherwise had we decided to check out the same day of check in, i doubt about any positive response from the resort's side. And let me tell you about the nail in the coffin regarding our decision to check out; on the morning of the second day, when we were contemplating whether to leave or to stay back, the electricity went and their DG set also did not come up till the time we checked out. So, overall it was a terrible experience and we would recommend anyone against check in here.

sir you are misteken . this is woodhouse beachresort. this is not goa resort. please remove this review.

Report response as inappropriateThank you. We appreciate your input.
This response is the subjective opinion of the management representative and not of TripAdvisor LLC
anilt413
Mumbai, India
1004264
Reviewed 3 May 2018
Brilliant stay experience!

Location wise it's very good. We had a sea facing cottage. Even they serve breakfast at a spot from where you get a good sea view. Look wise also it is nice green outside. However the quality of the room from inside is average. The cleaning etc. is not very good. When we reached with a prior booking, the reception was empty. We found a room service staff and asked him if our room was ready but he did not know. He said the manager will come after half an hour as he is taking a massage right now and we have to wait. This was not a very good experience.

This review is the subjective opinion of a Tripadvisor member and not of TripAdvisor LLC.
275anirudhm
Kochi (Cochin), India
101
Reviewed 4 March 2018 via mobile
Beautiful place

A really good place to just relax and spend time with your loved ones.
Caring and pleasant staff.. A seaside view to soothe your mind from a hectic work schedule.Authentic Kerala food is really good..