Kalgreen resort is an amazing place to unwind from the monotonous city life. The drive to the resort was a bit adventurous with the south west monsoon and muddy road. Vehicles with 4wd can be driven to the resort during monsoon else the resort has a parking place 4kms away. From here guests are taken in a jeep. Trekking, swimming, boating, tea plantation visit, sunset view point, big bamboo visit, bird watching are the activities available there. The resort charges includes breakfast, lunch, evening tea and dinner. The staffs were very kind and helpful. Thanks for making our stay memorable.

Trip type: Travelled with friends
See all 78 reviews
Nearby Hotels 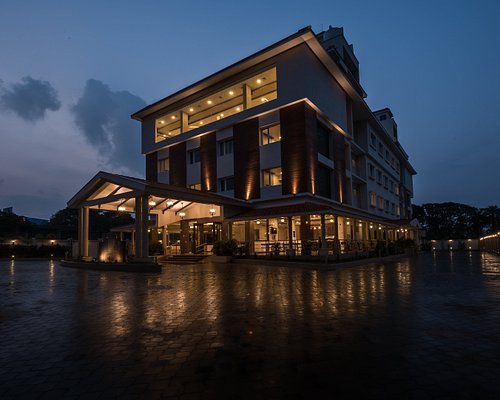 Taking safety measures
We compared the lowest prices from 5 websites 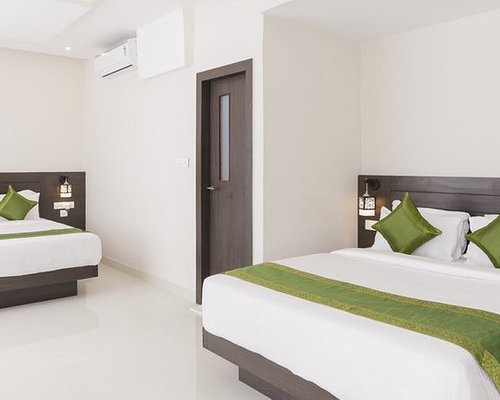 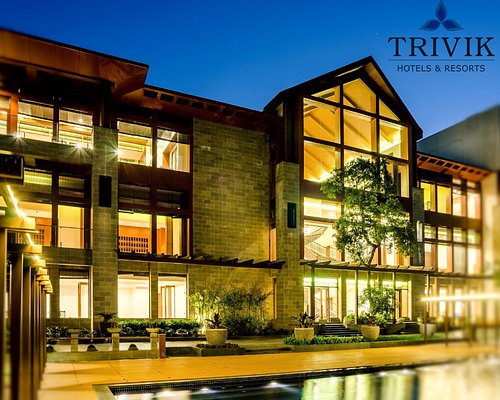 This resort is almost 1.5 hrs from Chikmagalur and amidst a mountain valley. We (2 adults 2 kids) finally reached the resort after a very long drive from Bangalore. The last 10-15 km of road to the resort are mud roads and will be in horrible condition if it rains. Not a soul will be found on the way if the vehicle gets stuck in the mud road !!!

We were allotted room immediately. The rooms are very basic in the row house with just a bed and a fan. At night, you can find all types of insect species around the rooms. Families with kids need to be very cautious.

Hospitality of the staff is very good. Food was good too.

The nature around the resort is very good. THere is lot of scope for improvement in the resort facilities

This review is the subjective opinion of a TripAdvisor member and not of TripAdvisor LLC
VANDANA K
Bangalore, Karnataka, India
25
Reviewed 14 May 2014
Awesome location to spend quiet time

This was our first trip to coffee estates in Chikmagalur and was a memorable one. Before heading to Kalgreen we spent a night at Belur. So our drive to the estate was not too long. Because of heavy rain the last 4KM stretch was not motorble. Resort management made arrangements to park our car in another estate and transferred us to the resort in a jeep.

The resort is located just in the middle of a huge (400 acres) of coffee plantation and is really beautiful. It's calm and quiet with chirping birds and peacocks. Rooms are good and worth the cost. Rooms were cooler and did not require fan. We got a two room row house with 5 beds. The setting of swimming pool was awesome.

Staff were friendly and always willing to him. Food was tasty and we tasted some Malnad delicacies.

Due to power cuts, resort runs generator and sound of that is irritating at times. Suggest the resort replace generator with Solar power.

This review is the subjective opinion of a TripAdvisor member and not of TripAdvisor LLC
VishnuBoseSreekovil
Candolim, India
4259
Reviewed 25 April 2014
On your own!!!!

We had been to this property in 2011. This was our first trip to Chikmagalur, but this property was nother 100Km far. We were four adults and two kids and the travel was exhausting. The last stretch of road within the property was difficult for our car as it was meant for the 4WD. There were few row houses and a bungalow which was secluded and had 3 bedrooms; we had to climb a bit more to reach the bungalow. I guess it was called the 'Dore Mane'. Once we reached the bungalow it was refreshing. This was our first experience inside an estate almost looking wild. The food was superb... yummy ....the home made butter was something you feel like going back for. There was a cook/caretaker with us in the bungalow. We never felt any disturbance from others, since the bungalow was separate you fee as if ur the only one in this huge 200 acre property. There is a small lake.... nutin special but the view point within the property is beautiful. If you want to experience the stay, have the 'Dore Mane' all for you and ur family/friends.

This review is the subjective opinion of a TripAdvisor member and not of TripAdvisor LLC
satishsatya
Bengaluru, India
8526
Reviewed 2 January 2014
Nature's paradise

This was not our first choice, but ended up here between Christmas and New year's eve, as all other well known resorts like Flameback, Taj and serai were fully booked.
Even here only the villa was available, and for 2 families we booked the 3 bedroom villa, which meant it was exclusively with us for the entire stay. The resort is about 7.5 hours drive from bangalore at the outskirts of Koppa and the final 10 kms is thru' estate kaccha road which takes 40 mins to navigate, was bearable as we had taken a Landcruiser Prado for this trip. The stretch of road from Chikmaglur to Koppa is in poor shape for several kilometer stretches and hence the journey is arduous. How ever once we reached the resort by lunch time we were taken in by the sheer tranquility and nature's abundance of this place. the villa is even isolated from the row houses by a couple of kMs and hence is more quiet, with an exclusivity to its occupants. It is perched high on the mountain side overlooking the valley with breath taking views.The old colonial style bungalow was apparently called 'Dore mane', or king's home in erstwhile days and its quaint architecture is reminiscent of the bygone British days.It is managed by a care taker cum cook cum guide who did an excellent job for the 3 days were there. Amongst the things to see are the sunset point, which is reached by their own open jeep and if lucky one can see the majesty of the setting sun over the western horizon. A group of youngsters who had been there the previous day had killed a large Iguana crushing it with a boulder, and our guide told us this was one of the two which had been living there as a couple for years. What a shame. The next morning after a cup of hot tea in the cool weather we trekked for about an hour to reach a place called 'seetha bande', and local folk lore has it that seetha had rested there and some punched out holes in the boulder is where she is supposed to have crushed some betel nuts! The pool was refreshing to use in the evening, though the change rooms etc are still being built. Further down a visit to surrounding tea gardens was lovely to take some snaps. They even have a man made Lake which is used as a water source, and we did paddle boating for a leisurely ride.The staff were excellent and being a home stay they made mouth watering dishes for breakfast and all meals. The cons are the distance from B'lore and the final stretch of road, as well as some maintenance issue like broken latches and plumbing glitches, which could all be easily taken care of.Overall we had an excellent and memorable time with families.

Room tip: We stayed in the villa and if one like privacy and need no more than 3 rooms this is to be preferred over row rooms.
Ask satishsatya about Kalgreen Valley Resort
6  Thank satishsatya

This review is the subjective opinion of a TripAdvisor member and not of TripAdvisor LLC
lukeniki
Bengaluru, India
13
Reviewed 6 November 2013
Loved it!

My first time at Chikmaglur and it was possibly the best the place had to offer. A stay at Kalgreen and we were 100% satisfied with what they had to offer us. It took us a while to figure out the place but I guess it was worth it .
Extremely considerate and friendly hosts, always willing to help with enthusiasm and a smile. Clean rooms and services.
the cottages and row houses are cleaned on a daily basis and well maintained. The food was fresh , delicious and homely.
the weather was slightly uncomfortable, and we wish to visit Kalgreen during the monsoon season , to enjoy our stay to the fullest.
The best part of the resort was the huge pool. we loved sitting, surrounded by greens and large canopies . Clear blue water, pure bliss! The bar by the pool was closed , it would have been the icing on the cake !
They took us on treks, boating and catered to our every need as and when required without any hesitation. we loved what they had to offer us. I wouldn't think twice to stay here again, looking forward to another memorable stay at Kalgreen Resorts!