One of my worst travel experiences... - Review of Bugis Backpackers Hostel

One of my worst travel experiences ever!!

If you read my other reviews on this site, I hope you can see that I am pretty unbiased and objective in my reviews. So if I say this place was truly terrible, you'd better believe it!!

For starters, we walked into a shocker when we learnt that the rooms (En suites) had a shared bathroom to be used all the way across the hall. This information was missing from the website on which we did the bookings. The lady at the reception refused to release our booking when we said that we didn't want to stay, so we left our bags and went over to look for another place to stay.

Some more shockers in store : The shared bathroom had a smoked glass door. I have no idea what the hell they were thinking and how patrons were supposed to use the place. The bed linen was absolutely filthy and the room was a cramped four walled existence.

I am not sure my review will make any difference to the arrogant management, but if it makes even one traveler think twice before staying at this dump I'll be really happy.More

Unfortunately, the 'objective and unbiased' review by Russell2007 was addressed at the wrong hostel, for the following reasons:
- We have not at any time advertised our hostel as having ensuite bathroom facilities. Our hostel is not equipped with such facilities since our inception, and we never offer such for booking. To do otherwise is simply operational and service suicide - imagine the barrage of cancellations and angry bookers our staff will have to contend with if we were so foolish and shortsighted as to misrepresent such an important element of the guests' choice.
- Second, our bathroom doors are of opaque metal construction. No violation of modesty possible save by a very determined and criminal peeping tom.
- Unlike some hostels whose room separation is divided by curtains and/or three quarter walls, our walls run all the way to the ceiling and are partitioned with government-approved fire-rated materials.
- We admit that our rooms are not huge. A few of our rooms come with windows, but please bear in mind that windows are not a given in most budget places. But there is sufficient room to swing a cat and more.

All the above are facts and verifiable on site if any wishes.

Report response as inappropriateThank you. We appreciate your input.
This response is the subjective opinion of the management representative and not of TripAdvisor LLC
See all 13 reviews
Nearby Hotels 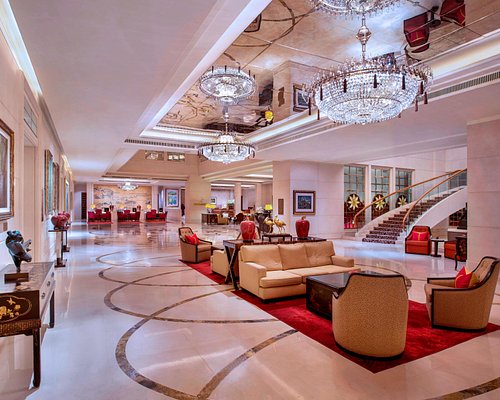 Sponsored
The St. Regis Singapore
US$ 400 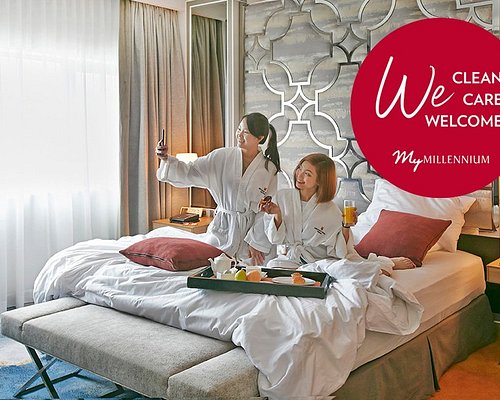 Taking safety measures
We compared the lowest prices from 15 websites
PARKROYAL COLLECTION Marina Bay, Singapore
US$ 236
US$ 182
Booking.com
View deal
Reserve now, pay at stay
Expedia.com
US$ 182
Trip.com
US$ 196
travelup.com
US$ 236
View all 20 deals from US$ 181
8,128 reviews
1.0 km from Bugis Backpackers Hostel

Taking safety measures
We compared the lowest prices from 20 websites
Hotel Fort Canning
US$ 234
Booking.com
View deal
Reserve now, pay at stay
Expedia.com
US$ 213
Hotels.com
US$ 213
Trip.com
US$ 232
View all 18 deals from US$ 212
2,022 reviews
1.2 km from Bugis Backpackers Hostel

Taking safety measures
We compared the lowest prices from 18 websites
YOTEL Singapore
US$ 119
Booking.com
View deal
Free cancellation
Reserve now, pay at stay
Hotels.com
US$ 135
Trip.com
US$ 93
getaroom.com
US$ 157
View all 13 deals from US$ 93
3,489 reviews
2.8 km from Bugis Backpackers Hostel

Taking safety measures
We compared the lowest prices from 13 websites
Top Rated
Sponsored
The Capitol Kempinski Hotel Singapore
US$ 426
Booking.com
View deal
Reserve now, pay at stay
Expedia.com
US$ 426
Agoda.com
US$ 375
Destinia.com
US$ 434
View all 17 deals from US$ 375
546 reviews

Taking safety measures
We compared the lowest prices from 17 websites
Mandarin Orchard Singapore
US$ 164
Booking.com
View deal
Expedia.com
US$ 182
Trip.com
US$ 116
Destinia.com
US$ 266
View all 17 deals from US$ 116
12,673 reviews
2.1 km from Bugis Backpackers Hostel

Taking safety measures
We compared the lowest prices from 17 websites
Carlton Hotel Singapore
US$ 271
US$ 178
Booking.com
View deal
Free cancellation
Reserve now, pay at stay
Expedia.com
US$ 207
Trip.com
US$ 207
getaroom.com
US$ 271
View all 18 deals from US$ 178
4,979 reviews
0.7 km from Bugis Backpackers Hostel

This was my first backpacking trip and I was always under the impression is backpacking accommodations are mostly located away from the city center and where accessibility is very limited. But I was shocked to see Bugis was centrally located right next to Orchid Road. There is a underground right next to the accom. and a bus stop. Most of the Singapore attractions are easily accessible from Bugis Village. The rooms were very clean with good house rules to the guests. The management did not allow any guest inside the premises, which is understandable for safety purpose.

My overall view on Bugis is Satisfactory, perfect place for a backpacker, safe, economical and convenient.

This review is the subjective opinion of a Tripadvisor member and not of TripAdvisor LLC.
truthtelleruk
London
6254
Reviewed 1 March 2009
OK but had bed bugs at the time.

Having arrived in Singapore fairly late at night with no accommodation booked we check-in to Bugis Backpackers as it was near the MRT. We paid $26 for a bed in the 16 bed dorm which fortunately only had 8 people in! The room had lockers, electricity points and A/C however, the A/C broke and we had to use only the fans and keep the windows only all day and night which made the room very, very noisy. The helpful manager said we could move to another dorm but would have to pay the higher rate ($36 I think) nobody took him up on the offer after a few nights the heat was unbearable and he said he had to close the dorm so we could either upgrade or move to another hostel. He was very apologetic. We all moved to the Inn Crowd. The hostel is in a good location and has a TV area, kitchen with free tea/coffee and clean bathrooms. Having said that I got some serious bed bug bites in this place which were on the scale of Australian bed bugs bites! We met some really cool and friendly people in the hostel and it’s a shame about the A/C but things happen. This could be a good hostel in other circumstances and I may even stay here again, I think, but only if other hostels are full.

The reviewer truthtelleruk is basically narrating his experience of his stay with us, which apologetically was marred by an unexpected and unfortunate electrical breakdown that had since been rectified.

However, readers please take note that he was bitten by bed bugs at the INN CROWD which he subsequently moved to.

Report response as inappropriateThank you. We appreciate your input.
This response is the subjective opinion of the management representative and not of TripAdvisor LLC
SuitcasedSoul_MGray
Copenhagen, Denmark
125288
Reviewed 21 December 2008
Utter hell at 1am. Venemous staff who do not belong in the industry.

This is the letter I wrote to their owner after we calmed down after a few weeks (note: it seems very similar to what "Martin" wrote as his/her review. Obviously the same staff)

This is to notify you that my wife and I were treated in the most appalling manner by your staff in July 2007. We have enclosed a photo of this staff member. We took many photos of her for our own personal security. We will be taking all appropriate action to have our complaint heard and appreciate your soonest acknowledgement.

Essentially, we arrived at 1am by flight and she kicked us out onto the street with police. When we were on the street, the police told us they have received many complaints regarding this woman. They were very understanding and took us to another hotel. It was past 2am when we arrived- into a city with no accomodation available and in a city neither of us had ever been to. How in the world is this considered hospitable backpacking service? Unbelievable.
We asked to see the room before checking in because she said there were no windows and that if we stayed one night, we HAD to stay a second as per our reservation. Huh??? We asked to see the room first and she said that if she showed us the room, we would have to pay for both nights 100%. This was a lie and she was trying to show some power. This was obvious because then she said she didn't want us to stay there and that if we left she could easily cancel the reservation and she would. This discepancy showed us she was acting in her own capacity and that she wasn't following Bugis Standards. We work in Afghanistan for the UN and the German Governement (I am Canadian) and have never ever been treated as awful as this. EVER. once again, I ask for your acknowledgement of this instance and ask for an apology.

This review is the subjective opinion of a Tripadvisor member and not of TripAdvisor LLC.
Marie L
London
1712
Reviewed 10 December 2008
Very reasonable and helpful staff

All in all for budget accomodation this was perfect for our 1 week stay in Singapore. The location is very central. On the first night we booked a private room but found that it was more reasonable to book a dorm which was clean and quite comfortable.

This review is the subjective opinion of a Tripadvisor member and not of TripAdvisor LLC.
amteo
Dublin, Ireland
138
Reviewed 26 September 2008
Hostel Luxury

Not being a huge fan of hostels-based on bad experiences-we chose the Bugis Backpackers on the recommendation of friends who had stayed there last year. Not really expecting much, the Bugis Backpackers was a pleasant surprise-once you get past having to lug your stuff up 3 flights of stairs.

The hostel is run by very friendly and quiet people. Check-in was quite efficient and direct. You pay up front for your room. Access to the rooms is across the hallway and only accessed by a swipe card system-added security which was quite reassuring. We stayed in a twin private room-which was essentially a small 4x6m pink room. Quite clean, a pillow and a small blanket provided but it was sufficient and A/C which was very quiet by AC unit standards. The bathroom was a shared facility-4 shower units and toilets-most looked as if they had been recently redone so were relatively clean. Not the hottest showers but powerful. Laundry facilities also available.

The most appealing feature of the Bugis was it's prime location. Nestled nicely between some retail shops and a KFC, the hostel was located around the corner from Bugis Village, supposedly one of the largest street markets in Singapore. Across the road, Bugis Junction, a large shopping complex as well as an MRT station. Bugis Backpackers is also conveniently located within walking distance to many places of interest, such as the Colonial District.

You can easily hear your neighbours next door which can be annoying if it is very late at night or very early in the morning! The showers were prone to nightly infestations of flies and other bugs, but by morning they were usually gone. The mixed dorm rooms were also quite clean, very airy and bright. For safety i.e. girls travelling alone, the private rooms are not too much more expensive, and probably worth the extra for the security at night. Definitely a decent hostel, by hostel standards, but quite expensive for what it was. However, bear in mind, Singapore is quite expensive anyway!

This review is the subjective opinion of a Tripadvisor member and not of TripAdvisor LLC.
View more reviews
PreviousNext
123