The location is very nice , just 2 mins walk to the harbor . Very nice place to stay if you have business in convention centre , The rooms are very small and beds also .

Location is te only reason I stay there as it is in the heart of Wanchai .

See all 979 reviews
Nearby Hotels 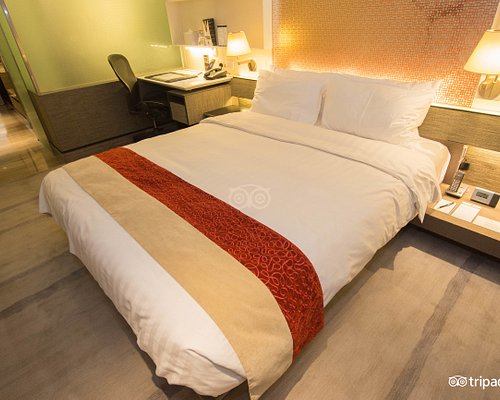 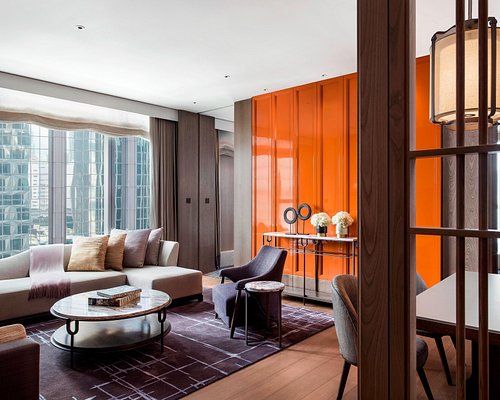 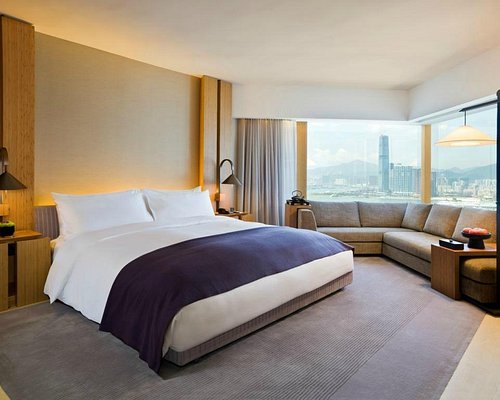 Taking safety measures
We compared the lowest prices from 18 websites
Alva Hotel by Royal
US$ 77
Booking.com
View deal
Hotels.com
US$ 77
Trip.com
US$ 73
ZenHotels.com
US$ 96
View all 15 deals from US$ 73
317 reviews
12.4 km from The Empire Hotel Wan Chai

Taking safety measures
We compared the lowest prices from 16 websites
Hotel ICON
US$ 152
Booking.com
View deal
Free cancellation
Reserve now, pay at stay
Priceline
US$ 188
FindHotel
US$ 117
Official Site
US$ 137
View all 18 deals from US$ 117
8,801 reviews
2.7 km from The Empire Hotel Wan Chai

Empire hotel is in good location. You can go H.K. convention and exhibition centre in 10 min. without vehicle. There are many options for food and fun. But I do not advice to families with children. Because the clubs are very close to hotel. If you are here for fair its ok.

This review is the subjective opinion of a Tripadvisor member and not of TripAdvisor LLC.
Pierre-MarcL
Dublin, Ireland
5444
Reviewed 4 September 2012
Unfortunately dirty this time

It's been my 4th time at this hotel and up to now I was happy, but what I saw today discussed me so bad that I just can't come back.

The good side of the hotel is a great location, generally nice service with smile, large flat tv and decent sized room for Hong Kong.

Today I came up in the room, and was just about to go to bed, started watching tv in bed and then saw kind of a hair in the bed, then I realize the hair is just under the linen covering the mattress so I am thinking well at least its under the linen but I decide to check and what I saw was horror. The mattress pad was full of hairs all sorts of hairs short long, curly like 30 of them so I realize they never wash the damn thing. That mean you are a linen away of the sweat, sperm and hair of every person that ever slept in the room. I dialed 0, and the operator didn't understand the word mattress so transfered me to front desk who sent someone to change the bag in the dish bin !! I showed the hair on the bed to the person who took of the mattress pad and she took it away and replace it.

I talked to the manager who was a nice person and made sure the situation was addressed and even came to check by himself everything was fine and told me that those mattress pad were supposed to be washed every day.

I give them a 2 this time, because they really need to check into the situation and make sure their cleaning staff do change the pads after each clients. If they can correct the situation it is a nice hotel in general.

This review is the subjective opinion of a Tripadvisor member and not of TripAdvisor LLC.
olympics2008
Beijing
2911
Reviewed 16 July 2012
Refurbished

Had stayed here before a number of years ago and decided to try again. A big improvement from before in terms of the actual room, bathroom and lobby- the staff remain a bit robotic.
The price was not bad considering the comparable hotels in the district.
Its location is great if you want access to the entertainment of Wanchai but is also not bad if you are there to go shopping in causeway bay or work meetings in central.
Compared with the other hotels in the area(of a comparable star) i would choose here if the price was similar.
The only thing I would mention is that it does not have WiFi which is VERY strange in this day and age.

This review is the subjective opinion of a Tripadvisor member and not of TripAdvisor LLC.
velz2
Minneapolis, Minnesota
3830
Reviewed 8 July 2012
Humidity problems and poor value

My girlfriend and I booked this hotel at the last minute for a stay in June 2012. It was a mistake for the reasons described below.

We paid $176 U.S. dollars (which is much more than we are used to paying for a hotel) and were expecting something nice based on the website and the price we paid. When we arrived, however, the lobby was the nicest part of the hotel. The rooms and hallway were dark and musty smelling. The room itself was clean and generally fine (expect for smell, or course). The bathroom was clean, but the shower head was on a sliding pole meant to allow adjustable heights and kept sliding down to the bottom.

Also - while we did not notice too much because we were on the 17th floor - the hotel is located in somewhat of a "party" zone of Hong Kong, at least on the weekends (we stayed there on a Saturday night). There is a row of bars stretching for several blocks right off one side of the hotel. I found it interesting to watch the chaos, but suspect that others would not like this type of scene. On the upside, the buffet breakfast that is offered in the basement, for $9.00, is good.

In the end, for nearly $200.00 we expected a lot more. If we ever get back to Hong Kong and want to stay in Wan Chai again, I will look elsewhere. The Empire Hotel was a bad value in my estimation and needs to take care of its mustiness problem.

This review is the subjective opinion of a Tripadvisor member and not of TripAdvisor LLC.
Prannay
Da Nang, Vietnam
12363
Reviewed 3 July 2012
Very Good Location but very average hotel.

Very Nice Location for Partying in HKG but the rooms are very small and Half of them have no Views. The loos are extremely small, Its like a bull in a china shop, u perpetually keep hitting thing around. never tried the food but there is lot of options just around the corner. The front desk was helpful but the concierge was sometimes not. But for partying its very well located with lots of pubs & discs all around.

This review is the subjective opinion of a Tripadvisor member and not of TripAdvisor LLC.
View more reviews
PreviousNext
1…727374…