“Amazing!!”
bEFLXzJfY05o
other travellers have booked this property 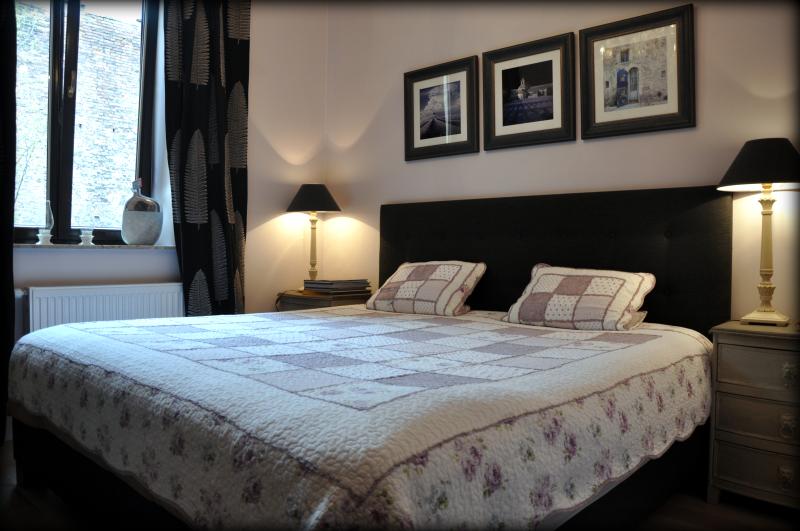 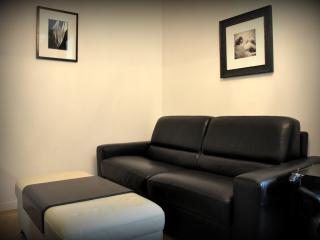 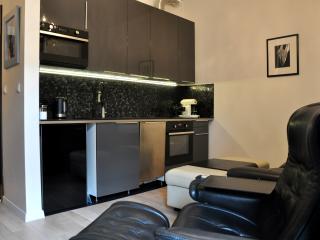 Excellent - based on 10 reviews
Write a Review

One of the best apartments I have ever stayed in! Very clean, super close to train station and main square. Walking distance to everything. Easy to book, great communications from HappyGuest apartments. Apartment was spotlessly clean, beautifully furnished, everything that we could possibly need. Hairdryer, umbrellas, towels even a washing machine!! A lovely touch to add some breakfast cereal, tea, coffee, juice, water and beers. Absolutely superb, could not fault it for a second. Would definitely recommend.

Date of stay: March 2017
Was this review helpful? Yes
This review is the subjective opinion of a TripAdvisor member and not of TripAdvisor LLC
Problem with this review? Thank you. We appreciate your input.

The small but exceptional staff at HappyGuests Apartments Krakow saved our vacation in several way, and more than once. And my friend wasn't even one of their guests.

My friend and I both live in Chicago. She invited me to join her for part of her trip to Eastern Europe. She had already booked an apartment in Krakow on another site (search for Zamenhofa 3, Krakow AirBnB), so I tried to get as close as possible. I couldn't have gotten any closer than in the same lovely building, two floors up. I found HappyGuests Apartments, and thank goodness I did.

I arrived one day after my friend. I was greeted by Magda, who welcomed me enthusiastically and helped me carry my one rolling carry-on bag up two flights to Apartment 13. It was absolutely perfect for me, (sleeps 1-2, only bed is a double/full) with just about everything I needed for my 3-night stay. I was welcomed with a tour of the small but wonderfully decorated apartment, complete with all the necessary amenities including a microwave, washing machine with drying rack, tons of storage space, large flat-screen Sony TV with tons of channels in multiple languages, kitchen canisters full of coffee, tea, and cereals, and a fridge stocked with a few complimentary treats including Radlers, juice, water, and sweets. Within an hour of arrival I had blown out the electric fuse on an entire wall (note to self: don't plug a surge protected power strip into a surge protected adapter), and Magda was there within minutes resetting fuses and troubleshooting the problem.

My friend? Not so lucky. The private owner of her apartment on the ground floor was clearly annoyed she had arrived later than planned, and was unresponsive to emailed questions on several occasions. My friend had no microwave, a bathroom clothesline that was unreachable once raised due to her petite height, and she was sleeping in a single trundle bed with nothing bigger than a mattress pad for a cover. The last night she actually borrowed a spare blanket from my apartment, as the temperature had dropped.

Meanwhile, HappyGuests has a small office directly next to the entrance to the apartment building at Zamenhofa 3 in Krakow. My friend overslept and we were going to miss our pickup time for our tour to the Salt Mines. Magda was in her office - on a Sunday morning - and arranged for us to be picked up at the last pickup stop on our tour. She then called a taxi for us, and we arrived 5 minutes before the tour bus. She saved that day's outing.

The following afternoon after we returned from another tour, my friend needed to ship some packages home to the USA as we were moving on to our next destination the following day. This time Kamille was in the office, and helped my friend get a ride to UPS - only to find they were unable ship her packages, and FedEx was already closed. My friend emailed her host offering to pay shipping costs and reimbursement for her time if the host could mail the packages, and the host emailed back "Why don't you do it yourself?" My friend then returned to Kamille at HappyGuests, with the same offer, and was reassured it would be done with no problem.

The coup de grace? At dinner on our last night she mentioned all the household chores she had been informed she was required to do by her host per the "house rules" supposedly posted online, but never actually found. When I had asked Kamille that afternoon what I needed to do upon my early morning exit, her reply was "Nothing. We do everything. I just need to show you where to leave the keys."

My friend cannot leave her own positive review for HappyGuests Apartments in Krakow since she didn't actually stay with them. But after seeing my adorable well-appointed apartment and experiencing their customer service, she regretted not using them herself. As for me, I hope to return to Krakow again and I won't even LOOK to stay anywhere else.

(Please note, the photos I added are from HappyGuests Apartments Booking.com website, as I neglected to take any of my own. I only used the photos of my particular unit, #13.)

Date of stay: September 2016
Liked best: The STAFF! Followed by the amenities and the location
Liked least: There was nothing to dislike
Travelling group: Solo
Your age range 35-49
Would you recommend this hotel to a friend?   Yes.
Recommended for:
Was this review helpful? Yes
This review is the subjective opinion of a TripAdvisor member and not of TripAdvisor LLC
Problem with this review? Thank you. We appreciate your input.

Northampton, United Kingdom
Reviewed 12 November 2015 for a stay in October 2015
Date of stay: October 2015
Travelling group: Extended Family
Would you recommend this hotel to a friend?   Yes.
Recommended for:
Was this review helpful? Yes
This review is the subjective opinion of an individual traveller and not of TripAdvisor LLC nor of its partners.
Problem with this review? Thank you. We appreciate your input.

We’ve spend a week in Cracov – apartment was perfect. We get bedroom, bathroom , nice little kitchen and lovely balcony. Sun in the morning, silence in the night. Polish snacks were waiting for us . The Apartment was lovely, the beds were comfortable. The location couldn’t be any better, brilliant! Few minutes from the old town main square , the Galeria Krakowska (shopping center) and by the train station.
Very nice and helpful owner (Maciek). Thank you!

Date of stay: January 2015
Travelling group: Spouse/Partner
Would you recommend this hotel to a friend?   Yes.
Was this review helpful? Yes
This review is the subjective opinion of a TripAdvisor member and not of TripAdvisor LLC
Problem with this review? Thank you. We appreciate your input.

Date of stay: October 2017
Was this review helpful? Yes
This review is the subjective opinion of a TripAdvisor member and not of TripAdvisor LLC
Problem with this review? Thank you. We appreciate your input.
Previous Next
1 2 3
Updating list...
Do you own a holiday home? List it here.

Looking for a place to stay in Krakow?
View all 584 holiday rentals