Beware of the changing prices! - Review of Sophia's of Leura

“Beautifully warm home away from home in the...”
R3FVXzJfaGtC
other travellers have booked this property

Review of Sophia's of Leura 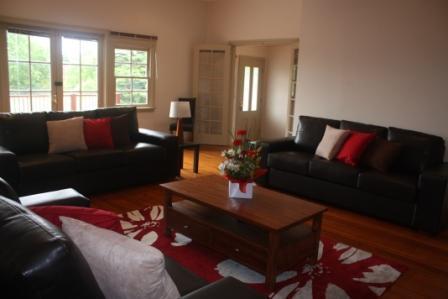 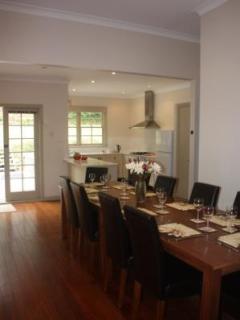 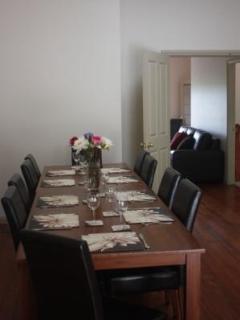 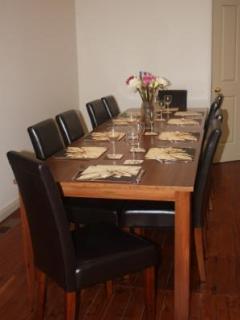 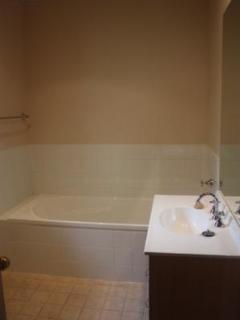 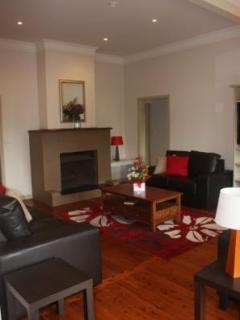 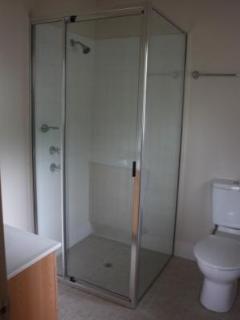 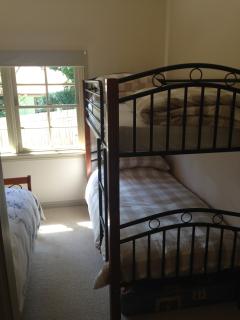 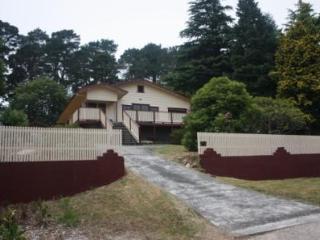 Very good - based on 7 reviews
Write a Review

Initially I was enamoured with what looked like a great place to stay. The house was good. This clouded my judgement with the pricing the owner offered and the trail of unanswered questions.

The initial offer was $1100.00. When I accepted it in the system the owner declined it and messaged me saying it was an error and that the correct price was to be $1,245 + $145 booking fee. Fair enough I thought. So I went ahead and booked it not realising (as it was on my phone and a bit small) that I in fact paid $1600.00. When I queried this with the owner I got a relay of excuses. Apparently TripAdvisor were to blame - exchange rates, issues with the system and so on. The owner assured me she was working with TripAdvisor to rectify the issue and I was doing the same. She said that my rental was only the second one they had done with the site and that she was new to it (I notice there have been a number of new recommendations going back to last year - are they real? Apparently only two people have rented this place and I’m one of them and there are five reviews)
Two weeks after the weekend away I finally got to the bottom of it. The owner had in fact put a different price into the system to what she had emailed me, and therefore TripAdvisor said it was the owner's error. When I contacted the owner she said that she was happy that I had paid the third price, even though it is not what she had quoted me as we had a dog (maltese shitzu) with us and it was in breach of 'the contract'. She lambasted me for not asking about the dog in advance. Therefore I can only assume the extra $255 was for the dog. It was on her third email to me two weeks after our stay that she mentioned the dog!
I didn't see in any contract any mention of dogs. What gets me about this is that at no time over the 4+ weeks that we were toing and froing on the topic did she mention it until I got to the bottom of the issue of the $s which was generated by her. There were lots of things I didn't ask like is it ok to bring children, is it ok to walk inside with shoes on and so on.

So what began as a good experience has turned out to be a sour experience. Several friends have asked me about the house, and I've stopped sharing the details with them. I would definitely NOT recommend this place as the owner employs some rather interesting ways of dealing with rental prices. Who knows what excuse will be used for future rentals. Is it really worth the $255? I suspect not, and now I've turned two friends away from this rental - more that $255 in revenue gone for this owner based on my poor experience.

Date of stay: May 2015
Travelling group: Large Group
Would you recommend this hotel to a friend?   No.
Was this review helpful? Yes
This review is the subjective opinion of a TripAdvisor member and not of TripAdvisor LLC
Dear Guest, I was so sad to read your review. You are the first unhappy guest I have had in many years. I would like to respond to a few of your points so people can see both sides of the story.
First of all to the number of reviews on the site, people do not need to book with this site to be able to review our property, they only need to have an account with trip advisor/holiday lettings which many people do. So all reviews are true and genuine these people have just booked from another source. As I told you, and the site shows, 2 people have booked from trip advisor so their system is new to me, but the reviews are genuine.
On booking we ask how many guests Adults/children this is how the price is calculated, so your comment about not asking if you could bring children etc is covered by the fact that you should have told us how many at the start of the quote process for us to give you a correct price. Animals are not allowed in most properties, those that do allow pets tend to advertise this clearly as it is a bonus to them. Most people would know that they would have to ask if this is ok, and not just assume that they can take their pets. I only brought the fact of the dog up after the stay as I did not know until after the stay that a dog was coming, as you had not asked if it was ok.

As to price the trip advisor system gave you a guide of $1100. as you entered your enquiry, this was because you only put 2 guests in that enquiry, I emailed immediately and asked how many guests and when you told me 8 I gave to the quote of $1600.00 by email and said if you are still happy with the price please book but if not that's fine. You then choose to book and pay in full on the system where again it would have shown the price and you must have transferred this amount so you knew full well the price. You will have entered the figures into your bank to say how much to transfer so I don't know how you can say you don't know how much you paid. I certainly would not be able to do a bank transfer without stating to the computer how much to pay, it can't just take random amounts.

I find this so disappointing as I really try to make sure everyone has a nice holiday and from the other reviews this shows people were happy, we also use another site that has over 35 happy reviews. I hope this one unfair review will not discolour our otherwise glowing reviews.
This response is the subjective opinion of the management representative and not of TripAdvisor LLC
Problem with this review? Thank you. We appreciate your input.

We stayed with immediate family the first night and some extended family the second night. Everything was open and inviting so we had no trouble making the place our home for 2 days. The fire was so hot we had to open some windows but it was just perfect for a winter getaway. Breakfast was supplied (and lots of it!) and we even had a crack at the chess board. During the day we went for a bushwalk to the Leura Cascades at the end of the street and the mall was an easy 10 minute walk away. We would definitely recommend Sophia's for any groups as it has plenty of room for everyone.

Date of stay: July 2014
Travelling group: Extended Family
Would you recommend this hotel to a friend?   Yes.
Recommended for:
Was this review helpful? Yes
This review is the subjective opinion of a TripAdvisor member and not of TripAdvisor LLC
Problem with this review? Thank you. We appreciate your input.

Sophia's has all the comforts of home and that made our stay easy and enjoyable. The house is large and was clean and very comfortable.

There is not a lot of room in the bedrooms for suitcases and as only two of the bedrooms have wardrobes that meant that for an entire week some of us were climbing over suitcases to get around and were living in crumpled clothes which had to stay in the suitcase rather than be hung up.

There is no dryer in the house. Given we only had 2 sunny days, at the beginning of our stay, the dirty laundry started to pile up. A dryer would be really great to have in the house.

There was no vegetable peeler in the kitchen. I'm thinking it may have once existed (who doesn't use a vegetable peeler) and had been stolen so I'll give them the benefit of the doubt for this one.

The location is great. The house is walking distance to Leura Mall if the weather is nice. Leura is the prettiest of the mountain villages and the flowers in the surrounding streets were lovely.

All in all we enjoyed our stay and would definitely stay again.

Date of stay: January 2014
Travelling group: Large Group
Would you recommend this hotel to a friend?   Yes.
Was this review helpful? Yes
This review is the subjective opinion of a TripAdvisor member and not of TripAdvisor LLC
Thank you for taking the time to review our property.
This feedback is important to us as we then can act to improve for the next guests. As per your comments I have now brought a new vegetable peeler. It is unfortunate that you had such a wet week for the washing, the outside line and the indoor rack is usually plenty to get though while on holiday. But when on a long stay I understand that a dryer would have been useful. It was unfortunate that we were away the week before you arrived and only got home the day you checked in, so the cleaner was asked to do the extra bits that I usually do i.e. make sure there are plenty of dishwasher tablets and washing up liquid so usually they would all be provided for you. Also we supply breakfast for the first morning which I hope you found in the fridge, this should be bacon, tomato's, bread, egg's, milk, orange juice, muffins and a few other bits, I find this is nice when arriving somewhere to have some supplies so you do not have to rush to the shops. I am glad that you enjoyed your stay overall and have asked to book again for next year, so hopefully you will find some of your points improved upon for your next stay. Thanks again for your comments.
This response is the subjective opinion of the management representative and not of TripAdvisor LLC
Problem with this review? Thank you. We appreciate your input.

Sydney, Australia
Reviewed 28 November 2013 for a stay in November 2013
Date of stay: November 2013
Liked best: Plenty of room, lots of provisions, great location, fantastic value!
Liked least: Nothing to mention!
Travelling group: Friends
Your age range 35-49
Would you recommend this hotel to a friend?   Yes.
Recommended for:
Was this review helpful? Yes
This review is the subjective opinion of an individual traveller and not of TripAdvisor LLC nor of its partners.
Problem with this review? Thank you. We appreciate your input.
Previous Next
1 2 3
Updating list...
Do you own a holiday home? List it here.

Looking for a place to stay in Katoomba?
View all 85 holiday rentals