“Great location”
UUVJXzY4X0gwUQ==
other travellers have booked this property 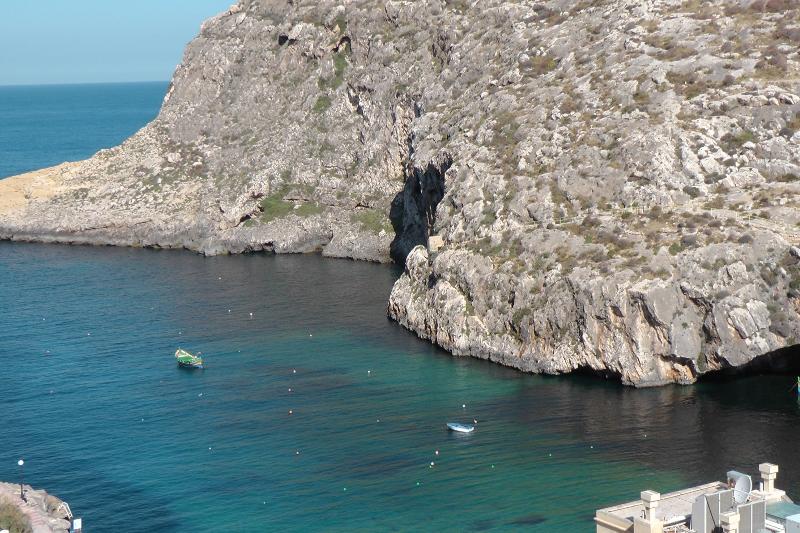 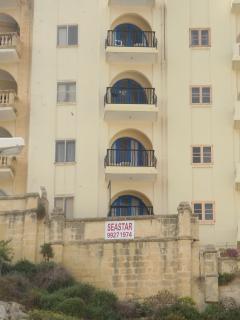 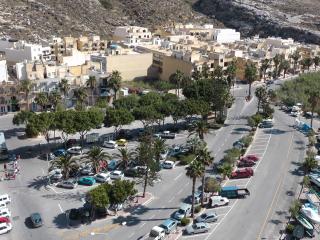 Very good - based on 29 reviews
Write a Review

Very nice two bedroom apartment not far from all visitor attractions .very handy if you are diving .parking just outside the apartments .also view is amazing

Date of stay: May 2014
Travelling group: Spouse/Partner
Would you recommend this hotel to a friend?   Yes.
Was this review helpful? Yes
This review is the subjective opinion of a TripAdvisor member and not of TripAdvisor LLC
Problem with this review? Thank you. We appreciate your input.

Bordeaux, France
Reviewed 4 May 2014 for a stay in April 2014
1
person found this review helpful
Date of stay: April 2014
Travelling group: Friends
Would you recommend this hotel to a friend?   Yes.
Was this review helpful? Yes
This review is the subjective opinion of an individual traveller and not of TripAdvisor LLC nor of its partners.
Problem with this review? Thank you. We appreciate your input.

Warsaw, Poland
Reviewed 22 April 2014 for a stay in April 2014
2
people found this review helpful
Date of stay: April 2014
Liked best: Terrace
Liked least: To get the Seastar Apartment localization you must go up by steep stairs.
Travelling group: Young Children
Your age range 35-49
Would you recommend this hotel to a friend?   Yes.
Recommended for:
Was this review helpful? Yes
This review is the subjective opinion of an individual traveller and not of TripAdvisor LLC nor of its partners.
Problem with this review? Thank you. We appreciate your input.

The apartment overlooked the bay and the rest of Xlendi
- everything you need for a relaxing holiday. The owners were very friendly and helpful. We would definitely come again

Date of stay: October 2013
Liked best: The views
Liked least: possibly the mattress/pillows - but hey ho it's no biggie
Travelling group: Spouse/Partner
Would you recommend this hotel to a friend?   Yes.
Recommended for:
Was this review helpful? Yes
This review is the subjective opinion of a TripAdvisor member and not of TripAdvisor LLC
Problem with this review? Thank you. We appreciate your input.

This was a great base for exploring Gozo. We booked from Australia, so the booking process was not as straight forward as on other sites, as we had to book through a broker, who then contacted the owner. The owners were very prompt in sending us details of the apartment, etc., but the payment was handled by the broker and at one stage, we didn't get confirmation that our deposit had been accepted and they didn't reply to our email. It all worked ok in the end though because the owners were great and made sure they contacted us with any details that we needed. We had to pay a deposit and then the balance of the booking, so if you needed to cancel, this was not really an option, but the price was a real bargain.

Picking the keys up proved to be a problem as the owners live a bit of a distance away and we didn't have a mobile phone. We had thought that we could ring from the local public phone boxes near the bus depot, but we were unaware that all Maltese phones use a card and not money, and it was impossible to buy a phone card except from Victoria, 10 minutes away (and even here, actually finding someone who sold them was difficult). So, be aware if travelling in Malta to make sure you take your phone.

The apartment was well located in a block of units overlooking the small bay at Xlendi. We were upgraded to a 2 bedroom apartment with a part bay view, rather than the one bedroom apartment looking over the car park, for no extra cost, which was great. We had a double bedroom, kitchen dining lounge area, bathroom, second bedroom with single beds, and balcony.

The apartment was quite nicely furnished, at a 2-3 star quality (not luxury, but homey) and quite spacious. The kitchen was quite well equipped, with gas stove and some basic ingredients. The bathroom was old and could do with some renovations, especially the hot water system, which was quite temperamental, though we always finally got it to work, and when it eventually did, the water was hot.

Wifi was good and there was plenty of free parking. It was in a quiet area, close to the waterfront. We were only 1 minute downhill to the water (lots of steps if you have kids or are elderly), lots of restaurants and bars. There is no supermarket in Xlendi though, so you would need to head back to Victoria, only about 10 minutes by car for that, or for any other shopping.

Xlendi is also convenient if you wanted to walk over the headland in either direction. We walked to the cliffs at Ta'Cenc and back in about 2 hours, and also on part of the walk to Dwerja on the other side of the bay, which was a very popular walk. You could easily walk all the way to the Azure Window and the other sights here. In the bay itself, you can snorkel or dive. Xlendi itself is a pretty little fishing port, and the waterfront is especially attractive. You can do an easy walk all around the waterfront on a well made path suitable for all ages, and you can swim from any of the ladders into the water around the bay.

The owners were very helpful, especially by email when we were booking, in terms of transport options and suggestions about groceries, etc. When we arrived, they were able to suggest several restaurants and had information about maps, etc.

They can also help book a car for your Gozo stay, at a very cheap rate. We actually already had a car from Valletta, which proved useful and saved us time in making the connections for the ferry and also in getting around the island. Be aware though, that driving on Gozo is quite frustrating, as the roads are mostly terrible, very narrow, and the drivers go very fast. Parking can also be a problem. However, we found that it was better than having to catch a bus everywhere and gave us more flexibility, as all the buses only went as far as Victoria, the capital, in the middle of the island, where you had to change for buses to the outlying towns, such as Xlendi. Unless you just wish to lie in the sun (Xlendi has rock platforms, but no beach), you will probably want to explore some of the other sites of Gozo, so you will probably need transport between towns. Distances are small, but you can waste quite a bit of time if you have to rely on the bus connections.

Overall, Sea Star is a great base for exploring the island, and wonderful value, if you don't want luxury, just comfort. Xlendi was also a great spot because of its charm - much nicer than Marsalfornn, which was chaotic and ugly, though the beaches out from there looked nice, and better than Victoria, which was also quite chaotic and ugly, except for the very small old town.

Date of stay: June 2013
Liked best: Location of the apartment and location in Xlendi
Liked least: Hot water system
Travelling group: Spouse/Partner
Would you recommend this hotel to a friend?   Yes.
Recommended for:
Was this review helpful? Yes
This review is the subjective opinion of a TripAdvisor member and not of TripAdvisor LLC
Problem with this review? Thank you. We appreciate your input.
Previous Next
1 2 3 4 5 6
Updating list...
Do you own a holiday home? List it here.

Looking for a place to stay in Xlendi?
View all 21 holiday rentals