“Excellent family trip”
Z2E0XzE4X284Sg==
other travellers have booked this property

Review of The 4Rooms Hotel 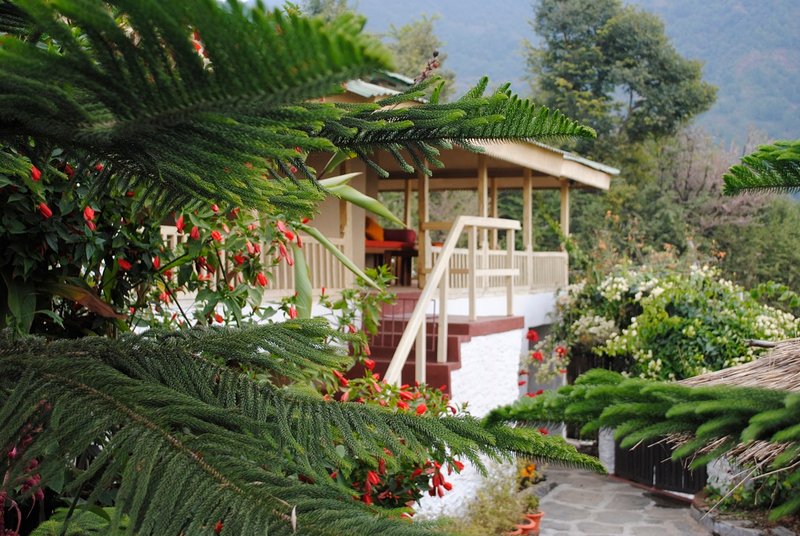 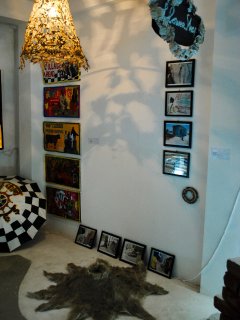 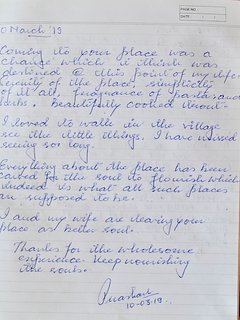 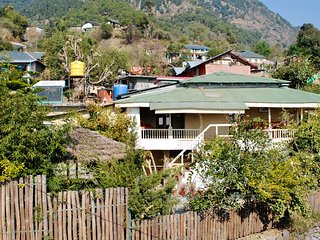 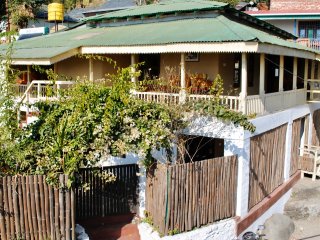 Very good - based on 40 reviews
Write a Review

We reached out to Ritu of Ease India Travel to put together an itinerary for Himachal. We have traveled with her before, so we were confident she'd get it right. We flew into Dharamsala and drove for nearly 3 hours to reach this tiny village called Gunehar which is almost on the edge of nowhere. But its proximity ( barely half hour's drive) to Bir which is a bustling town and to Billing which is the mecca for paragliders for take- off ( about 14 km) rubs off on Gunehar as well.

The 4 Tables Hotel is in Gunehar. Supposedly a restored mud house. Frank who owns the place said he did it ' because it needed to be restored'.

As the name suggests, it has four rooms, three on the first floor, one on the ground floor. Our room was probably the best both in size and amenities.

The room is basic basic with just a bed and mattress. But our bathroom had a bathtub! We were told there were solar heaters, so we'd have hot water in the shower. We spent four nights there, except for the first night, there was no hot water. But there was always water.

For food you had to walk 500 meters to 4 Tables Cafe. Suman is his second in command and a super woman. She seems to multitask so much beyond a point no one else existed for us. Whilst her heart is in the right place and her intent is good, culinary skills is not her strong point. Bread was underbaked, egg and vegetables were overcooked and food in general was loaded with salt.

There's supposed to be wifi but no one gave us the password.

Hygiene was a question mark, the day we checked in, we were greeted by a huge spider's web in the bathroom.

The day we checked in, nobody was there to greet us and open the door for us. Suman came almost after 20 minutes.

A trek was supposed to have been organised with camping overnight. But when we were briefed about the camping facility ( no water or electricity or even toilet facilities)we opted for a day trek.

There was no warmth in the welcome. Even on the day we left, no one saw us off. This is supposed be an Airbnb property in the superhost category. We are regular Airbnbers across the world and we stay only with superhosts, but this experience was hugely wanting compared to the previous ones.

It's a good thing we were not looking for peace and quiet because literally from the first day there was so much drilling and hammering going on till pretty late in the night as the cafe was being shifted to the garden on this property.

Date of stay: March 2021
Was this review helpful? Yes
This review is the subjective opinion of a Tripadvisor member and not of TripAdvisor LLC.
Problem with this review? Thank you. We appreciate your input.

Date of stay: October 2020
Was this review helpful? Yes
This review is the subjective opinion of a Tripadvisor member and not of TripAdvisor LLC.
Problem with this review? Thank you. We appreciate your input.

Enjoyed our stay at 4rooms. Amazing food . Loved the pizzas. Thank you so much for taking care of our vegan member. Frank and aloke are wonderful hosts. Frank helped us in getting safe pilots and little aloke took us trekking to waterfall and river. Will certainly come back soon.

Date of stay: September 2020
Was this review helpful? Yes
This review is the subjective opinion of a Tripadvisor member and not of TripAdvisor LLC.
Problem with this review? Thank you. We appreciate your input.

There was a tad bit of a chaos during the check in, but Frank was nice enough to take onus of the goofup and make us comfortable in a very short period of time. The property certainly is home away from home. Comfortable, Clean, Picturesque and a getaway from the madness of city life, still not too far from most eateries and things to do. His team is extremely helpful, cheerful and well trained. Hospitality can be felt from within. The place brings out your artistic side and you will want to extend your stay, just for this I wish to revisit again, very soon. We were lucky to visit during the art festival and walked up hill and through the bylanes of Gunehar witnessing lovely installations, cheerful conversations and some theatre at the end. Soul satisfying. I must not forget the food, we were travelling through Dharamsala and the surrounding areas for about six days before we reached this getaway, pleasantly surprised with the food and service. Clean, efficient and good food. Excellent baked bread, flavourful, clean food and cheery staff definitely made the stay very pleasant.

Date of stay: June 2019
Would you recommend this hotel to a friend?   Yes.
Was this review helpful? Yes
This review is the subjective opinion of a Tripadvisor member and not of TripAdvisor LLC.
:)
This response is the subjective opinion of the management representative and not of TripAdvisor LLC
Problem with this review? Thank you. We appreciate your input.

Your heart warms up the moment you step into the earthy room. Beautiful and peaceful -the mind relaxes and the soul is nourished. An interesting art shop , a month long celebration of different art forms is coming up in May/June 2019.

Date of stay: July 2018
Was this review helpful? Yes
This review is the subjective opinion of a Tripadvisor member and not of TripAdvisor LLC.
:)
This response is the subjective opinion of the management representative and not of TripAdvisor LLC
Problem with this review? Thank you. We appreciate your input.
Previous Next
1 2 3 4 5 6 …
Updating list...
Do you own a holiday home? List it here.

Looking for a place to stay in Bir?
View all 16 holiday rentals