Review of Scandic Oulu City
Reviewed 4 weeks ago via mobile

We stayed at room 626 for one night, we had wonderful stay , beautiful room with nice view and sauna and also nice breakfast restaurant, hotel is very near everything in Oulu city , special thanks to Mr Arto from the reception!!More

Hello!
What a great review, thank you very much!

I'm very pleased to read you enjoyed your stay with us a lot. I will definitely pass on your regards to Arto at our reception and I agree with you, he is a pro :).

Thank you for choosing Scandic and hopefully we'll see you soon again.

Report response as inappropriateThank you. We appreciate your input.
This response is the subjective opinion of the management representative and not of TripAdvisor LLC
See all 1,074 reviews
Nearby Hotels 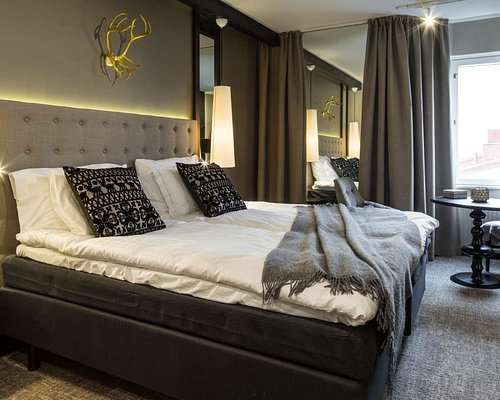 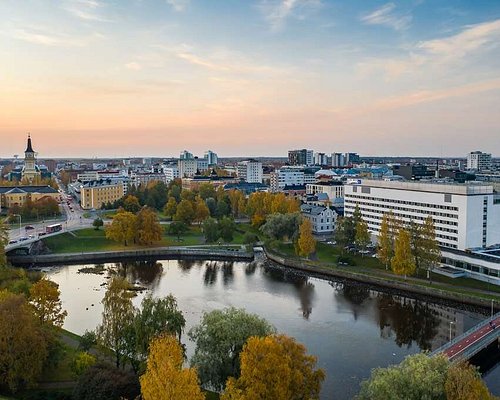 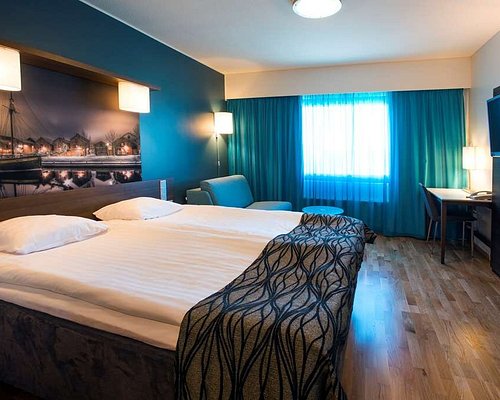 Normal Scandic Hotels average. Best location. Clean and silent rooms with the Best beds in the hotel world. Walking distance from everything. Brekfast was great and handled safely during these covid-times.

Hi there and thank you a lot for this superb review!

I especially appreciate your observations about our breakfast because it must be flawless and then again safe during these pandemic times. I'd say that we have improved our processes a lot during the past few months so I'm glad to read our efforts make sense.

Thank you for visiting us in Oulu and hopefully we'll see you soon again!

Report response as inappropriateThank you. We appreciate your input.
This response is the subjective opinion of the management representative and not of TripAdvisor LLC
tanjapee79
3
Reviewed 6 December 2020
Qualitytime with husband

Clean, beautiful hotel. Super-nice staff! Breakfast was delicious. As a local Im really proud of this hotel, location for the hotel is perfect. Everything is close! Deffinetly going to choose this hotel also next time.

Review collected in partnership with ScandicHotels.com
This business uses tools provided by Tripadvisor (or one of its official Review Collection Partners) to encourage and collect guest reviews, including this one.
Ask tanjapee79 about Scandic Oulu City
Thank tanjapee79

Thank you for choosing Scandic and giving us this really nice review. Reading your comments makes me feel proud of my colleagues because great hotel experiences wouldn't be possible without them.

A mini vacation is most likely always welcome so why not spend it in your home town like you did. A very good example for all of us :).

We are looking forward to seeing you at Scandic Oulu City soon again!

Very nice hotell, comfortable room, nice service, excellent breakfast. The gym and sauna were also nice. Good for travelling with pets, it was nice that there was also a dog bed and cup, snacks and waste bags waiting in the room.

Review collected in partnership with ScandicHotels.com
This business uses tools provided by Tripadvisor (or one of its official Review Collection Partners) to encourage and collect guest reviews, including this one.
Ask koivulehtosatu about Scandic Oulu City
Thank koivulehtosatu

Hello!
What a great review, thank you very much! I also appreciate you took some of your precious time and shared your hotel experience online.

It looks like your stay at our hotel met your expectations very well which of course is something we try to accomplish all the time. We'll keep up the good work and do our best in order to create great hotel expriences also in the future.

Thank you for visiting us and you're most welcome to visit us soon again!

Report response as inappropriateThank you. We appreciate your input.
This response is the subjective opinion of the management representative and not of TripAdvisor LLC
Jorgen_Pitea
Lulea, Sweden
10075
Reviewed 31 October 2020
Hotel is very central bad had very bad cleaned rooms!

I do not recommend this hotel because they have stopped keeping after the rooms. There are no armchairs to sit in as well as no tables in must of the rooms. The rooms are very badly cleaned and the management has little understanding of the problems but chooses to just regret instead of making the guest happy.

The hotel is very central, a few meters from shopping and close to the water. When it was new, it was one of the best hotels in Oulu. The hotel is built in a modern style.
If you have a car, there is parking under the hotel in a shared parking garage and elevator directly up to the lobby. You can buy a parking ticket at a machine or say so at the reception (then you also get points if you are a member of their loyalty program).

Now in Corona times they had marked up the distance in front of the reception very poorly. Just 2 small markings in floor in the form of a pair of feet. But not so that it clearly marks the distance to the next and the next if you are more guests waiting to check-in. Hand alcohol is available. But compared to Sweden it was less.

The lobby is nice, fresh and bright, medium size with the possibility of working with a computer at a higher table. One seating group. As usual, there is a Scandic kiosk with sweets, light snacks and drinks.

We have stayed at this hotel several times though this time we were disappointed.
When we got up to the room there was only one armchair in a double room for 2 people. Where the other armchair would have stood, it was just a strange empty space, as if something was missing. When we last stayed there there were 2 armchairs and also the hotel's pictures show 2 armchairs or 1 armchair and a smaller sofa bed. There was also no coffee table as usual. For example, if you want to eat or drink, it can be done on the elongated desk by the TV.

Called the reception and they answered that nowadays there is only 1 armchair. In retrospect, we learned that when armchairs have become worn, broken, they have removed them in almost every room without replacing them with new one ones. Do they intend to close the hotel, the question arises? Although the hotel industry is having a hard time in corona times ... We first got a small hard chair up in the room. After wanting to check out and go to the other Scandic hotel in the city, we finally got another armchair. According to the management, you must write in advance if you want a second armchair…

The room is normal size. The furniture goes in the wood type book with lighter parquet floors. Inside the door there are 2 closets and on the opposite side a fully tiled bathroom with shower. An elongated desk is located against the wall and above a smaller flat screen TV. Underneath in one of the cabinets is a refrigerator that did not work! 2 separate 90 cm beds that can be placed together. Two minimal bedside tables.

The temperature can be set in the room (type of air conditioning). Free WIFI.

We had a small dog with us so they had put in a dog bed, poop bag, bowl and dog candy. A cleaning fee is added per stay when you have a dog and is paid directly to the hotel.

Even if we booked a dog room, you have to clean up after the last guest. It was not done. There was so much light dog hair on the round carpet that was in the room and across the parquet. When I took along the carpet, I got my whole hand full of hair. Really poorly cleaned if not at all. This is just not allowed. Even though we say nothing happens.

The hotel offered buffet breakfast. Especially good was that they had Finnish pies and egg butter. There was hot food but it was crowded at the buffet itself. The buffet was not particularly nicely laid out compared to other hotels in Oulo. Hand alcohol was available at the entrance.

In summary, the hotel is well located, although it is not a Scandic that stands out. The management is nice in their response at email afterwards, wishes a good continuation but does not seem to absorb and understand the guests' experience. Offers no compensation. They only regret that the cleaning is bad and that they should improve!?

I can not recommended this hotel at the moment.

Hello!
Thank you so much for this very detailed review. Our aim is to make our guests happy - there's no doubt about it. Also we have no intentions to close down our hotel even though we're having some rough times just as you wrote.

Most of our rooms have either two armchairs or a sofa and an armchair. However the room type you stayed in has only one armchair due to extra bed readiness that particular room type features. But of course, in case of demand, we are able to equip that kind of room too with another chair.

I'm happy and impressed to read this covid19 situation has been handled better in Sweden than in Finland. Maybe we should learn something from our Swedish friends but meanwhile we keep up the work we have done and trust also that our guests are responsible and behave accordingly by keeping distances, using masks and hand sanitizer etc.

It saddens me to notice our hotel did not meet your expectations any more. I regret our mistakes and make sure we pay more attention to the details in the future.

Report response as inappropriateThank you. We appreciate your input.
This response is the subjective opinion of the management representative and not of TripAdvisor LLC
View more reviews
PreviousNext
12…179