We have stayed in this hotel for two weeks and really enjoyed our stay and will definitely return. The hotel is very clean everywhere, the spa is lovely. All the staff are a credit to the manager, so helpful and polite. The position of the hotel is perfect for buses, the beach and nightlife with the strip 5 minutes walk away. We stayed half board which was the best option for us, we didn’t stay in the hotel for the evening entertainment as we like to move around.More

Greetings from the Port Benidorm Hotel & Spa. I would like to take this opportunity to thank you for taking the time to write a review.

Your comments are very important and a great value for us. By telling us what you liked about your stay and how we can improve, you are allowing us to deliver a better experience for you and other guests in the future. We look forward to receive your visit very soon.

Report response as inappropriateThank you. We appreciate your input.
This response is the subjective opinion of the management representative and not of TripAdvisor LLC
See all 2,106 reviews
Nearby Hotels 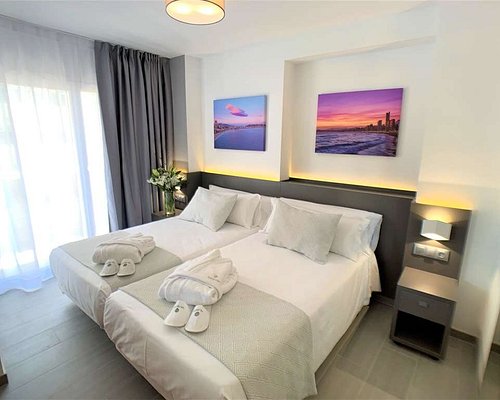 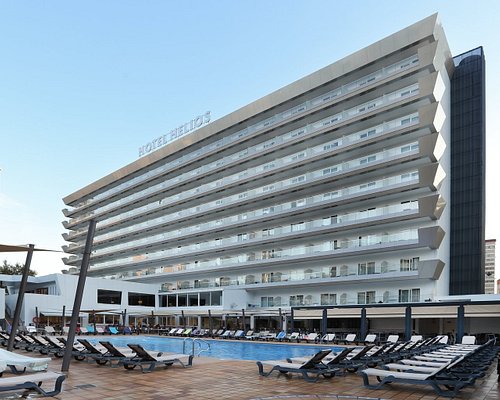 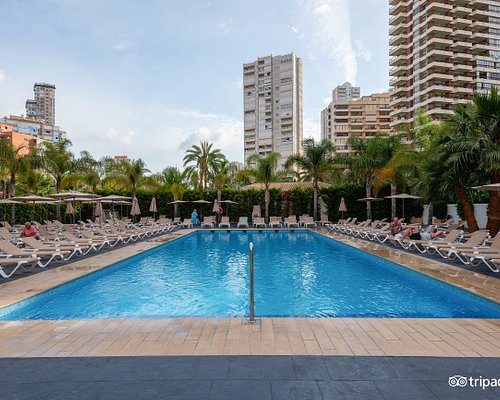 This is the best hotel i have ever stayed in. We arrived at 11am in the morning and got given our room key right away. I requested a high floor so we was on floor 15 and they give us sea view free of charge.

The food was the best i have ever had from an all inclusive range. There was always something different to choose from.

The outdoor pool area was amazing with the animation team always putting on games on in and around the pool.

Entertainment on a night time was also good. Play free bingo then there is 2 acts on.

thank you for sharing your holiday experience with Tripadvisor and for all your kind words.

We are so pleased that you throughtly enjoyed your stay with us and look forward to welcoming you again.

Report response as inappropriateThank you. We appreciate your input.
This response is the subjective opinion of the management representative and not of TripAdvisor LLC
Leah0801
St Helens, United Kingdom
617
Reviewed 18 October 2018 via mobile
Glass toilet/bathrooms?!

Stayed here with a friend mid October. The hotel itself is very clean and very modern. I loved the fact that they decorated for Halloween. The rooms again are clean and the cleaners are very friendly and polite.

However, good luck with wanting any sort of privacy in this hotel. I could not get my head around how someone thought making a toilet/bathroom/shower out of glass was a good idea?! Ive seen on previous reviews management have replied "privacy exists for the normal actions which a person has to make in the bathroom". I understand the frosted panels give "privacy" because you can't see someone sat on the toilet but everything else can still be heard and smelt? And if you walk around the room the person on the toilet and in the shower can still be seen.... when I asked reception staff if we could move, her attitude was poor and was told that the only rooms the had were those with a double bed and the bathrooms still had glass doors. No good for 2 young female friends so we decided to stay. And as you walk on to the balcony, you say hello to your neighbours from left, right, and below .

I really struggled with food. When i eventually found something I thought I would enjoy it was often cold and bland. No flavour and the chicken always looked slightly pink. Desserts stale and tasted like cardboard. I found the attitude of the waiters poor. Me and my friend are early/mid 20's and found we got treated massively different to the elderly people (and not just those with additional needs). They were shown to a table and we were told to sit where we like. I asked for a soft drink on the first night and was told I had to go to the bar myself (at the opposite end of the resteraunt). When i did, I realised it was the same bar the the waiters collected the wine from to serve to the tables and I was ignored by the woman behind the bar who was chatting to the other waitress. There was one night we weren't even give a bottle of water (which was usually given as soon as you sit down), i had to ask for it.

The snack bar was completely un-hygenic. A simple buffet of chips, sausages and fruit etc that's left outside, uncovered for flies to help themselves to aswell as the guests. The bar staff were friendly enough and the drinks were pretty standard for an all inclusive. However the cocktails come out of a pre made machine so taste nothing like they were meant to.

The temperature of the pool never bothered me and there was always plenty of sun loungers. We did however find on the last day the pool was infested with (at least 100) flying ants, which I understand isn't directly the hotels fault but I called it an early day as the pool was unswimable and it was too hot to sit around without being able to cool down.

Overall, If you don't mind the lack of privacy and maybe stay room only it's certainly not the worst place in the world to stay. Clean sheets and a TV with plenty of English channels but I wouldn't personally choose to stay again.

thank you for reviewing our hotel and your positive comments regarding the hotel and staff.
We endeavour to create a welcoming environment for all our guests and regret that we did not meet all your expectations this time.

We greatly appreciate your opinions as they help us to improve and build on our services.

Report response as inappropriateThank you. We appreciate your input.
This response is the subjective opinion of the management representative and not of TripAdvisor LLC
brianwells563
Sidcup, United Kingdom
17
Reviewed 16 October 2018
Ok

This hotel is average , not fantastic pool freezing lifts terrible at busy times food really bad, rooms great location good, but DO NOT BOOK THIS WITH TUI IT IS THE WORST TRAVEL COMPANY OUT NOT EVEN WORTH TRYING TO GET COMPO, JUST LOOK ON TRUSTPILOT AND SEEALL THE ONE STAR REVIEWS would I go back ,no try presidente hotel really nice.

Thank you for your review, It is unfortunate that the hotel did not meet your expectations.

Report response as inappropriateThank you. We appreciate your input.
This response is the subjective opinion of the management representative and not of TripAdvisor LLC
tony27gwm
Oxfordshire, United Kingdom
44
Reviewed 15 October 2018
a great hotel

Of all the hotels we have stayed in Port Benidorm is one of the best we have stayed in,very clean.friendly staff and the hotel was close to the beach The food was a good mix and fresh also a great snack bar near the pool .Plenty of sun beds and room around the pool. Great walks along the beach front to the old town. We would also like to mention Paco and Carlos who made meal times in the restaurant very entertaining .We would love to visit this hotel again.Our stay was between the 29th Sept till 6th Oct.2018.

Thank you very much for your kind review and very encouraging comments. Also we'd like to thank your kind words regarding our staff. They are a credit to us.

Your recommendation is highly appreciated and represents our best reward. We look forward to having to the pleasure of warmly welcoming you back very soon.

Report response as inappropriateThank you. We appreciate your input.
This response is the subjective opinion of the management representative and not of TripAdvisor LLC
jenningfer
41
Reviewed 15 October 2018 via mobile
Fantastic room 1107

We are here now wow what a hotel very thing is just perfect rooms, food,cleanliness all 100%.
Its some of the customers that spoil it by not dressing appropriately in the dining room. Shorts vests t-shirts should not be allowed in. This is only my opinion but feel great hotel that it is people should dress accordingly.

Thank you for taking the time to share your experience during your stay here at the Port Benidorm Hotel & Spa.

All your remarks will be reported to the corresponding departments; sure it will help us to continue improving our quality. In the restaurant there is a dresscode that should be followed.

We look forward to see you very soon.

Report response as inappropriateThank you. We appreciate your input.
This response is the subjective opinion of the management representative and not of TripAdvisor LLC
View more reviews
PreviousNext
1…899091…