Westport your hub to the West Of... - Review of 30 Quay Village

“Westport your hub to the West Of Ireland.”
UDJsXzI3X0tDaw==
other travellers have booked this property 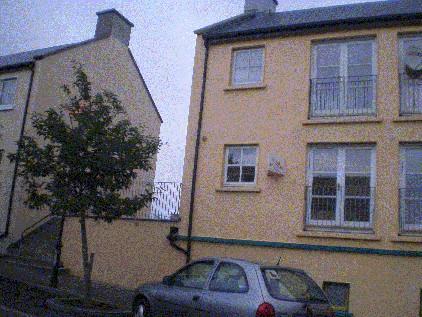 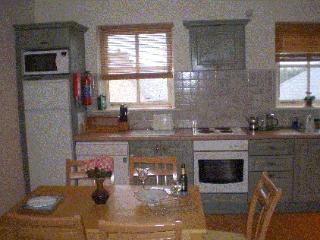 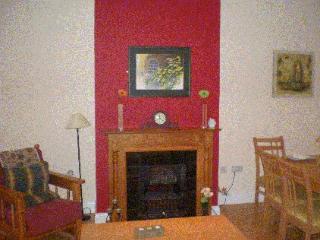 Very good - based on 9 reviews
Write a Review

14 helpful votes
“Westport your hub to the West Of Ireland.”
Reviewed 3 September 2014 for a stay in August 2014
7
people found this review helpful

The apartment is situated 0.8 of a mile from the town centre and 200 yards from the harbour area. It has two bedrooms, one with ensuite and a family bathroom on the ground floor. The second bedroom has a single bed with a second single pullout bed. The first floor has one large room with living, eating and kitchen. The kitchen has a cooker, fridge, microwave, dish washer and a washing machine. The living room has a small television and DVD player. There is ample on-street, unrestricted parking.

Westport is a medium sized town with many shops, pubs and coffee shops. The harbour area, which is 2 minutes away on foot, has a number of shops, a water activity centre and a number of pub-restaurants. We found the Helm Bar a great pub and it became our local for the week we were in the apartment, ending the day with a pint of Guinness.

The apartment has a Centra shop 3 doors away. The store stocks a good range of items and makes cooked breakfasts and has long opening hours.

Westport is a great base to explore the west of Ireland which has many attractions. Some must do activities: a visit to Achill Island, a coffee and food in the Beehive followed by a walk along Keem beach.

A visit to Clifden is a great day out with the spectacular scenery on route including Kylemore Abbey. The small town of Clifden has great little shops, restaurants and pubs. It has a number of jewellery shops, some of which make jewellery at reasonable prices. Another must do is the Clifden Sky Loop, a coastal route of outstanding natural beauty.

The most spectacular journey is around Ireland's only fjord and the waterfall at Aasleagh. Another must is the Grace O'Malley exhibition and Irish famine display at the heritage centre in Louisburgh. All around this coastline you have great views of Clare Island, the home island of Grace.

A trip to Roundstone is a good place to visit and have lunch, we had great seafood chowder in O'Dowds, a little restaurant overlooking the harbour. Roundstone is the backdrop for a number of films.

A day is easily spent in Galway city, a large city on the coast with a large museum. The city has both historical and modern areas.

The highlight of our week in Westport were our visits to Cong, the village used as a set for the John Wayne film, The Quiet Man. The premises used in the film has been opened as Cohen's Bar, a pub and restaurant since 2008, with the most helpful staff you will ever meet. Also must sees include the monks' fish house, the only one in Ireland and of course Ashford Castle. Cong also has a number of great little gift shops with good quality gifts.

Date of stay: August 2014
Liked best: Location and size.
Liked least: Nothing.
Travelling group: Spouse/Partner
Your age range 35-49
Would you recommend this hotel to a friend?   Yes.
Recommended for:
Was this review helpful? Yes
This review is the subjective opinion of a TripAdvisor member and not of TripAdvisor LLC
Problem with this review? Thank you. We appreciate your input.

Lack of Internet and very limited tv lets it down. Otherwise it was grand as a base to explore Mayo. Centrally located in Westport

Date of stay: August 2014
Would you recommend this hotel to a friend?   Yes.
Was this review helpful? Yes
This review is the subjective opinion of a TripAdvisor member and not of TripAdvisor LLC
Problem with this review? Thank you. We appreciate your input.

22 helpful votes
“Everything you could ask for!”
Reviewed 5 August 2014 for a stay in July 2014
1
person found this review helpful

Lovely! Clean, comfortable, washing machine/dryer. Location is super. Near the harbour which is lovely day and night for a stroll and nice food. Centra round the corner and reasonably priced. Matt the owner was so welcoming and helpful. Won't be disappointed. We will stay again!

Date of stay: July 2014
Travelling group: Young Children
Would you recommend this hotel to a friend?   Yes.
Was this review helpful? Yes
This review is the subjective opinion of a TripAdvisor member and not of TripAdvisor LLC
Problem with this review? Thank you. We appreciate your input.

3 hotel reviews
“Great location, convenient for everything.”
Reviewed 8 June 2014 for a stay in May 2014

House is in great location for Westport Quay, supermarket and restaurants very close. Easy to reach Achill Island and The Reek.

Date of stay: May 2014
Would you recommend this hotel to a friend?   Yes.
Was this review helpful? Yes
This review is the subjective opinion of a TripAdvisor member and not of TripAdvisor LLC
Problem with this review? Thank you. We appreciate your input.

4 helpful votes
“Great location, has everything you need”
Reviewed 11 May 2014 for a stay in April 2014
2
people found this review helpful

The owners, Beatrice & Matt, are friendly and helpful. The property is clean and has everything you need for a comfortable stay. There's a shop 2 minutes walk away with fresh bread, milk, fruit, veg etc. The location is great, just a few minutes walk from the Quay with its restaurants, shops, pubs/beer garden etc. It is just a short walk into Westport Mall area with more shops and amenities. 30 Quay Village is a great base to enjoy the Great Western Green way, a paved, traffic free route from Westport to Achill Island through beautiful countryside, with plenty of cycle hire shops if you didn't bring your own bike. Also a good price for the week's rental. I definitely recommend this property.

Date of stay: April 2014
Liked best: Great Location, lovely owners, clean with everything needed for a comfortable stay
Travelling group: Teenagers
Would you recommend this hotel to a friend?   Yes.
Recommended for:
Was this review helpful? Yes
This review is the subjective opinion of a TripAdvisor member and not of TripAdvisor LLC
Problem with this review? Thank you. We appreciate your input.
Previous Next
1 2 3
Updating list...
Still can't find what you're looking for?

Do you own a holiday home? List it here.

Looking for a place to stay in Westport?
View all 58 holiday rentals