Everything was great bar cleanliness - Review of Hotel Indigo Chester, an IHG hotel

Hotel Indigo Chester, an IHG hotel
Hotel Indigo Chester, an IHG hotel
Lowest prices for your stay
Lock in the lowest price from these sites
US$ 140
US$ 134
Free cancellation until 02/10/21
View deal
TripadvisorUS$ 134
Hotels.com
Expedia.comUS$ 134
Priceline
eDreamsUS$ 134
getaroom.comUS$ 140
View all 17 deals
Prices are provided by our partners, and reflect average nightly room rates, including taxes and fees that are fixed, known to our partners, and due at time of booking. Other miscellaneous taxes and hotel fees which are not fixed or due at time of booking may be payable at the property at time of stay. Please see our partners for more details.
Jodie T
Kendal, United Kingdom
3912

Everything was great bar cleanliness

The staff were very friendly and helpful and the location of the hotel was great. Air con was a perk, it was very quiet at night and the breakfast was nice too.
We were however disappointed with the cleanliness of our room, it definitely didn’t live up to the ‘clean promise’ that IGH are meant to have put in place during Covid. It was very dusty, we had finger marks and smudges all over the bathroom and dirty glasses. There were also cigarette burn marks on the duvet cover. We noticed a lack of hand sanitiser around the hotel bar at the lobby/forge restaurant, most empty.
I know a lot of businesses are finding it hard to get staff at the moment so it may just be due to shortages or new members?More

Show less
Trip type: Travelled as a couple
See all 275 reviews
Nearby Hotels 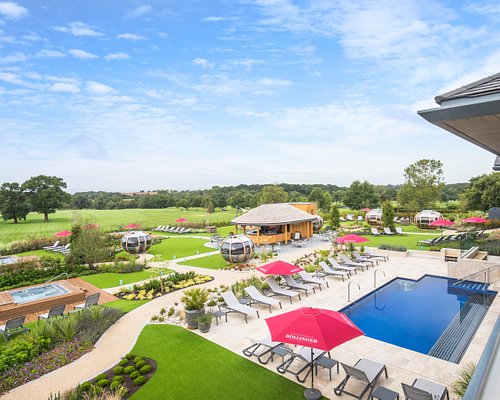 Warm and friendly hotel that offers great food and a great night's sleep. Modern hotel with spacious bedrooms and a brilliant restaurant. Dinner menu is excellent and the food well-cooked and presented. Restaurant staff provide great service and explanations of the menu choices. Breakfast is delicious and again the staff are warm and welcoming. Short walk into the very centre of Chester. Parking is also a short walk away. Ideal when visiting Chester.

This review is the subjective opinion of a Tripadvisor member and not of TripAdvisor LLC.
missclays
Buckley, United Kingdom
4365
Reviewed 15 August 2021 via mobile
Best restaurant in the North?

The best food and service I’ve experienced in the North. The only place that I’ve been to that was better was a Michelin star restaurant in London. I can’t find a tripadvisor for the restaurant alone. You should get one as this place should be number one in Chester! It was an absolutely wonderful experience. I couldn’t fault the service. They were so attentive. And the food was out of this world and the drinks too. The dirty mash! Thank you for such a wonderful experience and such wonderful food. I’ve recommended you to endless friends and family. Can’t wait to come back to try the steaks!

This review is the subjective opinion of a Tripadvisor member and not of TripAdvisor LLC.
downdie
Bathgate, United Kingdom
5180
Reviewed 14 August 2021
Nice hotel but needs improvement

We arrived 20 minutes early for checkin for a 4 night stay and had to wait till our room was ready so we went away to park the car as there is no on site parking. Car parks could be a problem for those less mobile and they’re not cheap.

Our bags had been taken to our room when we returned. The room wasn’t overly large but adequate, however the lack of drawer space meant a lot of our clothes had to remain in our suitcase. The room was clean.

Breakfast is pretty limited. Full English, omelette, eggs benedict, avocado mash or continental all with table service. Despite being given a time slot, we always had to wait 5/10 minutes until a table was ready for us.

The lounge/bar area isn’t overly large for the size of the hotel and drinks are fairly expensive. £9.50 for a large wine. When the bar area is full there is the option to sit in the reception area.

On two separate occasions we returned to our room in the afternoon to find it hadn’t been serviced. The first time it was dealt with very professionally but the second time less so. Both times we had to wait at reception until it was rectified due to Covid restrictions.

At a guess, I would say that this hotel has a lot of inexperienced staff. It could be they have only just been hired following lockdowns but there are a lot of training issues that need to be addressed.

Overall, our stay wasn’t unpleasant but feel this hotel has some way to go before it reaches the standard it is aiming for co side ring the prices they are charging.

This review is the subjective opinion of a Tripadvisor member and not of TripAdvisor LLC.
Andrew C
1
Reviewed 10 August 2021 via mobile
Worst night's sleep ever

My wife and I stayed here for our first night away alone in two years. As a special treat, we spent a little more than usual and this hotel looked like a good option, with modern decor and luxurious looking bar area.

First impressions were good, the room was clean and suitable for an overnight stay, though a lack of any proper storage would have made a multiple night stay a little cramped and we were assigned an accessible room, so the bathroom only had a shower and not a bath.

After a nice evening in Chester, enjoying some time off being parents, we returned to the hotel around 10pm for an early night and a parental rarity: sleep!

On returning to our room, the first thing we noticed was that the kitchen extract fans were still on, and both remarked that they would likely go off once service ceased... they appeared to be right outside our room and having looked in the morning, they were just below our window.

The second thing we noticed was that the bed was unbearably hard with only the mattress cover to offer any give.

After trying to sleep for some time, we both had to give in and put earplugs in, the noise was akin to an aeroplane cabin and really wasn't acceptable. Neither of us find earplugs comfortable but needs must.

At 2am, we called reception, firstly to enquire about the fans and secondly to ask if all beds were the same, as we were so uncomfortable. No real solution was offered for either, we were informed the beds had a royal seal and so were comfortable and the fans remained on ALL NIGHT.

Having seen every hour overnight, I got about 2 hours' sleep and my wife maybe 3.

Exhausted, irritated and disappointed, we headed to breakfast. Thankfully breakfast was pretty good with the only issue being overcooked eggs, which was dealt with.

So in conclusion, a good looking hotel but one which didn't provide us with quiet or comfort and yielded my worst night's sleep ever.

This review is the subjective opinion of a Tripadvisor member and not of TripAdvisor LLC.
Steven S
Grantham, United Kingdom
1
Reviewed 9 August 2021 via mobile
Great place to stay in Central Chester.

We were made to feel welcome from the beginning. The staff were 100% and all going the extra mile to make our stay a good one. The room was clean and quiet. The bathroom was good, and the shower was great. Breakfast was delicious as well. Well done to the team for all ther work. If driving they use a multi-storey car park which is not on the premises, it is a ten min walk away so, be ready for that. And it is currently £12 per 24hrs. So maybe use the train. But it is very central to all of the attractions and centre of Chester.

Room tip: Parking is not cheap £12 per 24 hours at a NCP car park 10 min walk away. So be prepared to carry luggage. Although there's a place to drop off and then drive to park.
Trip type: Travelled with family
Ask Steven S about Hotel Indigo Chester, an IHG hotel
Thank Steven S

This review is the subjective opinion of a Tripadvisor member and not of TripAdvisor LLC.
View more reviews
PreviousNext
1…456…