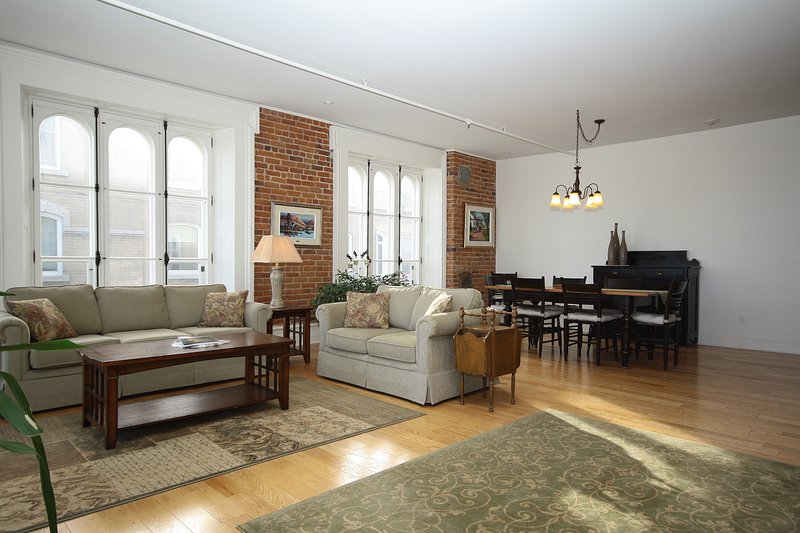 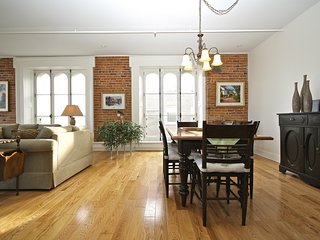 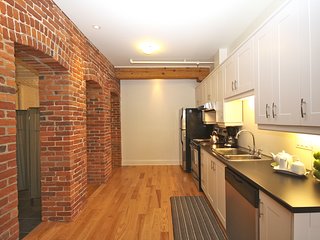 Excellent - based on 88 reviews
Write a Review

Friend booked two units on one floor for our group of five. I was in the 3-bedroom, 3-bath with two others. It was perfect. They anticipated the guests every need. Spotless, comfortable beds and furnishings, great towels, kitchen as complete as any home, great windows to view of River, quiet between all rooms! ESPACEMCCHEF café downstairs gourmet carry-out terrific for breakfast, and other light meals. Heart of historic area made walking easy.

Date of stay: May 2014
Liked best: Comfort with bath for every bedroom and convenience
Travelling group: Friends
Would you recommend this hotel to a friend?   Yes.
Recommended for:
Was this review helpful? Yes
This review is the subjective opinion of a TripAdvisor member and not of TripAdvisor LLC
Problem with this review? Thank you. We appreciate your input.

4 helpful votes
“great condo, maintained by not as qualified management”
Reviewed 15 May 2014 for a stay in May 2014
4
people found this review helpful

Lovely condo but unpleasant experience. The condo was nicely renovated and truly

I very rarely write reviews. The experience here was very unpleasant and I had to post about it. The condo was nicely renovated and beautiful. We didn't know we were supposed to call 30 minutes prior to arrival but the manager let us in without having us wait outside in the rain. We booked a condo called Frontnac. My wife and I travel a lot and often stayed in some of the nicest hotels around the world. The condo was on par with the best. However, as soon as I walked in to the bathroom in the smaller room, I spotted multiple hair in the bathtub and residues stuck in toilet bowl which I rather not elaborate. Coming tired from a trip, I did not want to make noise out if it so I cleaned the bowl with a toilet brush near it before the rest of us saw it. Again, in the smaller room, we noticed a coated fabric laid out on the bed. The fabric was laid out where you rest your feet and the color of it blend in with the rest of the bedding so I thought it was something to protect the bedding, like those you see in a mattress shop. The fabric was made of some rough material so we pushed it aside when we slept and forgot about it. We stayed in the condo for two nights and left a positive review in the guestbook. We cleaned the apartment reasonably well and washed the dish we used.

On the way back, a person named Ed Sweeney sent an email blaming us for taking off some blinds in the smaller room and not folding it. He said we should be ashamed and our behaviour was not acceptable. I wasn't sure what he was talking about and realized that the coated fabric laid out on our bed were blinds. I quickly called back to explain we did not take them down and we did not know they were blinds. He then blamed us for not realizing they were blinds as the same kind was hanging in the other rooms and again for not folding them nicely. He then hung up on us saying he's in a meeting. The smaller room had dark thick curtain which we used to cover the windows. Why the blinds laid out on our bed in the first place and why should we take the blame for not realizing what that was and not folding it. Didn't we pay extra cleaning fee? Cleaning someone's dung in the toilet bowl myself wasn't enough? I am still upset by the person's attitude and now the condition of the washroom. It appears there's noone to check on the rooms after it was cleaned. I hope they had taken pictures of the room so that they know everything I wrote here is 100% accurate.

It's a great condo, maintained by not as qualified management.

Date of stay: May 2014
Travelling group: Extended Family
Would you recommend this hotel to a friend?   No.
Was this review helpful? Yes
This review is the subjective opinion of a TripAdvisor member and not of TripAdvisor LLC
We contacted the guest and sent a photograph of the fabric blinds that had been taken off the windows and left in a pile on the floor. These blinds are not something that we take off except in the autumn for cleaning. We have had clients take them off in past and let us know. They then put them in their place upon leaving the condo and all was well. This guest arrived at the condo and called us. We normally ask for a 30 minute warning so that we could get down to the condo to make sure someone is there when they arrive. Without this warning I was able to get them into the condo over the phone. I asked him to let me know if there were ANY problems and that I would be in there shortly to check in on them and answer any questions they may have had. When I did come in the guest was asked if he had any questions or issues. Again I was not informed of any issues. I travel all over the world like many of you. If there are issues and you inform the owners or hotel and they don't do anything to correct or compensate, then I think you can go online and publicly criticize. It is tough to accept that comments get put on the net without the possibility of rectifying the situation on the spot. Did I hang up on the client? Yes, after saying his name several times and asking him if he could hear me. A bad zone is a bad zone, nobody's fault, but I am not staying on the line if I can't hear the client. My last words to him were that I would call him back later. I read all the reviews that have been written not only about the beauty and quality of our condos, but all the comments about the service we provide and I am confident that the comments left by this guest do not reflect the reality of our business. It is too bad that even after submitting our case before T.A. that the comments were allowed to be posted.
This response is the subjective opinion of the management representative and not of TripAdvisor LLC
Problem with this review? Thank you. We appreciate your input.

Royal Dalhousie in fabulous Old Quebec is so beautiful. As soon as you open the front door, the views of the St. Lawrence River will take your breath away. The river, with its big ice flows and ocean going vessels is a tourist attraction all on its own. The historic floor-to- ceiling, wall-to-wall windows allow the lovely brightness of the river view to fill the condo with light even on a grey February day. The décor is warm and tasteful and with two full ensuite bathrooms and a well equipped kitchen we were oh so comfortable. Indoor access to the café located on the main level was a very nice bonus. On a cold winter morning you can tiptoe downstairs in your jammies and pick up a melt in your mouth freshly baked croissant and espresso. Ahh, there is nothing quite like Quebec cuisine and hospitality.
All the great spots to eat and see in Old Quebec are just waiting outside the door. Parking is very convenient, but you will not need your car unless you are heading out of town to ski at Mt. St. Anne. Ed Sweeney is a great host. Just give him a call to book a holiday you will
not forget!.

Date of stay: February 2014
Liked best: The views of the St. Lawrence River
Liked least: Cannot think of anything.
Travelling group: Spouse/Partner
Would you recommend this hotel to a friend?   Yes.
Recommended for:
Was this review helpful? Yes
This review is the subjective opinion of a TripAdvisor member and not of TripAdvisor LLC
Problem with this review? Thank you. We appreciate your input.

One of the best places we've ever stayed, and beats a hotel by a mile. Location right next to Place Royale and Petit Champlain puts it right in the heart of Basse Ville. Rue Montage, the street location of the condo also goes directly up to Haute Ville, so access was easy.
The place is very clean and nicely furnished and you can't beat the view. We had a minor problem with the TV--the volume couldn't be controlled from the remote. Also, we stayed in Chinic, and although the bedrooms are ample in size, both had queen beds, of adequate, but not outstanding quality.

Date of stay: April 2014
Liked best: location, spaciousness, and view
Liked least: the beds
Travelling group: Spouse/Partner
Would you recommend this hotel to a friend?   Yes.
Recommended for:
Was this review helpful? Yes
This review is the subjective opinion of a TripAdvisor member and not of TripAdvisor LLC
Problem with this review? Thank you. We appreciate your input.

We stayed here for 4 days in April, 2014. Great location in lower town near fine restaurants & unique shops. It's a short uphill walk to upper town or an easier walk to the funicular. Great view of the St. Lawrence River, too. Our condo, Frontenac, was spacious, well furnished, and beautifully decorated. The kitchen was well equipped for the rather small amount of cooking we did - the restaurants of Quebec are too good to skip. Ed Sweeney, who met us and showed us around the condo, who friendly and helpful. He even carried our heavy cooler from our car!

The only problem we had was with the wireless internet access. It was fixed promptly and worked well for the rest of our stay.

We will definitely try to stay here again when we return to Quebec. We hope it will be available.

Date of stay: April 2014
Liked best: Everything
Liked least: The weather - it was cold and wet - obviously not the fault of the condo
Travelling group: Friends
Your age range 50-64
Would you recommend this hotel to a friend?   Yes.
Recommended for:
Was this review helpful? Yes
This review is the subjective opinion of a TripAdvisor member and not of TripAdvisor LLC
Problem with this review? Thank you. We appreciate your input.
Previous Next
1 … 10 11 12 13 14 …
Updating list...
Do you own a holiday home? List it here.

Looking for a place to stay in Quebec City?
View all 131 holiday rentals