Holiday Inn Barrie Hotel & Conference Centre
Book now! This hotel is likely to sell out soon.
Lock in the lowest price from these sites

Show less
Room tip: For easier luggage loading and unloading try to get a room with a balcony at the parking lot
See all 592 reviews
Nearby Hotels 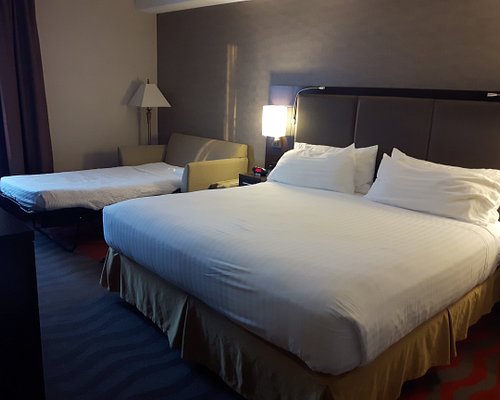 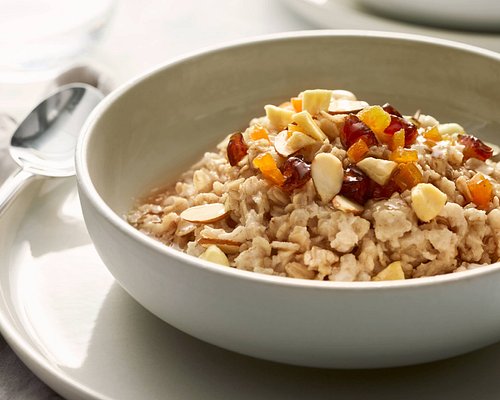 Taking safety measures
We compared the lowest prices from 17 websites
Breakfast included
Super 8 by Wyndham Barrie
US$ 64
Booking.com
View deal
Priceline
US$ 64
Agoda.com
US$ 58
Lol.travel
US$ 70
View all 18 deals from US$ 58
1,347 reviews
2.9 km from Holiday Inn Barrie Hotel & Conference Centre

Don’t usually use Holiday Inn, but location was good for our needs. Stayed in the outside part since we had a pet with us. Rooms were clean ,a little dated, beds comfortable, bagged breakfast because of Covid,. Overall an ok stay.

Thank you for staying at our hotel for your most recent travel.

We strive to offer our guests quality service and comfort, and we're happy that you're fulfilled. I have shared your comments with the local management for continuous hotel improvements, and I'm sure that they'll commit to making the service even more exceptional the next time.

We're excited and looking forward to hosting you again on your next future visits to the area.

Report response as inappropriateThank you. We appreciate your input.
This response is the subjective opinion of the management representative and not of TripAdvisor LLC
helenz862
1
Reviewed 25 August 2020 via mobile
Visit peacekeepers park for a cerimony on Sunday

Window were filthy. Hand prints from previous customers. Mold spots on the grout in the shower. Place stuck of carpet fresh. That hide the smell of the stained carpet. Rm 303. in case u want to do some detail cleaning. Needs a new bed also. BUT. great staff. Great location.

I am glad you left feedback. Thanks for choosing our Holiday Inn Barrie Hotel & Conference Centre!

Everything we do is aimed at providing our guests with excellent service and comfortable accommodations. I'm sorry we fell short with cleanliness. Be assured that our housekeeping staff has been made aware of your concerns. We'll work on making your next experience become more pleasant. I have also sent you a private message to obtain additional details regarding your stay.

I am glad you liked our location. Nothing makes us happier than knowing that our staff made a positive impact. Looking forward to welcoming you back!

Report response as inappropriateThank you. We appreciate your input.
This response is the subjective opinion of the management representative and not of TripAdvisor LLC
andrewkW4273CJ
Barrie, Canada
1
Reviewed 28 February 2020 via mobile
First Class!

It was a blizzard, I had just worked a 12 hour shift, and I just knew if I drove I would end up in a ditch somewhere. Dianne, and the staff at Holiday Inn made so many amazing accomodations for me. I can't express how grateful I am and how first class the customer service is at this establishment! Truly wonderful! This is how you run a business folks!

This review is the subjective opinion of a TripAdvisor member and not of TripAdvisor LLC
JKBAK
Toronto, Canada
3835
Reviewed 5 February 2020
Clean Hotel in Barrie

I stayed at this hotel on Feb 3,2020. The hotel has a nice layout, Check in was smooth and Stacey at the front desk was helpful and professional. The hotel was super clean, as were the rooms and the restaurant. The restaurant had limited selection. Fish and chips sounded good, but then I saw it was Cod, not Halibut or Haddock. Had the chicken sandwich which was good. The restaurant was supposed to be open for breakfast until 11:00 am but when I got there at 10:45 it was closed. Thanks to the staff for getting me a coffee. I want to say a special thanks to the dinner staff on Monday who were great. All in all, I would recommend this hotel and will stay again if in Barrie.

This review is the subjective opinion of a TripAdvisor member and not of TripAdvisor LLC
alittle029
12
Reviewed 27 January 2020
Holiday Inn Barrie Hotel & Conference Centre - TERRIBLE!

How was our stay? Well, our out of town hockey team booked 17 rooms with Holiday Inn and we were all extremely dissatisfied with our stay. The hotel would not allow us to check in earlier then 12pm, we asked for a party room to host a team pizza party and they said it was going to be $150 for the room. We declined it and ending up having a pizza party in the hallway of the hotel. Just like any other team, our boys brought mini hockey nets and mini sticks and played in the hallway. They were having a blast.

On Friday night, the hotels security came up to our floor and told us that the boys were not allowed to play hockey in the halls. Of course we said ok no problem, we waited until he left and continued our game. We didn't see a problem with it. The boys were having fun, all of the rooms were reserved by our team. Throughout the night the hotel security guard stood at the end of the hallway with his walkie talkie and stared at us. Many of us felt extremely uncomfortable and wondered why he was standing there watching us. Around 10pm one of the parents from our team called down to the front desk asking for a tooth brush, paste and ear plugs. Of course the hotel jumped on this opportunity and told our group that room ### complained about the noise and that we all had to call it a night. It wasn't until the morning that we talked to the parent and that was not the case at all. At 7:30am on Saturday morning "all" of our guests woke up to have a shower. The water was "freezing" several parents from our team expressed their concern to me and I called down to the front desk. The hotel receptionist sated, " due to hotel occupancy using the water it may be a bit colder than normal." I replied, "please do not insult my intelligence, nor provide me with your excuses, when you stay at a hotel, you should be able to have a hot shower and or coffee/tea in the morning." She transferred me to the manager (Maria), I explained the issue to the manager and she offered us 25% of our first night stay and apologized for the inconvenience. After reading several reviews online this seems like this is an ongoing issue with this hotel.

Saturday night we came back to the hotel around 8pm. The boys brought out their mini hockey nets and sticks and began to play. After that they went into their rooms and played video games. A group of parents including myself we're all sitting in the floor in the middle of the hallway drinking just enjoying ourselves and two kids came out and decided they still wanted to play hockey. We saw the security guard coming down the hall, he passed all of the parents in the hallway and walked up to "a child" on our team, looked down on him and had a conversation. First of all the security guard was not wearing a proper uniform, nor did he identify himself to the child. Needless to say, the child at the time had not idea who he was and after the security guard spoke to him, he ran down the hallway crying. The mother of the child spoke the security guard and said, "excuse me, why are you speaking to my son?" The security guard did not reply. I walked up to the security guard and asked him why he thought it was appropriate to walk up to "a MINOR" and have conversation with him and not the parents? He was extremely rude to me. I called the front desk and spoke to William the manager and told him it was completely unacceptable and that I was on the verge of calling the police. The manager called me back and told me that our entire team will be getting a FREE night stay on the Holiday Inn. He also told me that the hotels security guard has been sent home for the evening. Twenty minutes later the same security guard was on our floor with a security jacket on observing us. Why did the manger feel like he had to "lie" to us? We did not appreciate it. If you want to have a terrible experience, cold showers and a creepy security guard watching your every move, then stay at the Holiday Inn Barrie Hotel & Conference Centre.

Providing the best hotel experience begins with excellent service. It has always been our pleasure to assist our guests in whatever way we can. Thank you for choosing to stay at our Holiday Inn Barrie-Hotel & Conference Center and for taking the time to leave us feedback. I am sorry that we were not able to meet your expectations and for the negative experience at our hotel. I have shared your comments with the Hotel Management, and I am confident that the actions taken will improve your next stay with us. I also sent you a private message to reach out further.

I hope we get the chance to serve you again and create a better experience for you in the future.