Hotel Jewel Rock
Lock in the lowest price from these sites

After a hard ride,the break in our Journey enroute was intended to rejuvenate and have the luxury of a good rest.Thankfully Jewel Rocks provided us with that and more.Newly renovated rooms, clean washrooms, ample and safe parking for Vehicles.The in house restaurant was disappointing with the quality of service.

Trip type: Travelled with friends
See all 94 reviews
Nearby Hotels 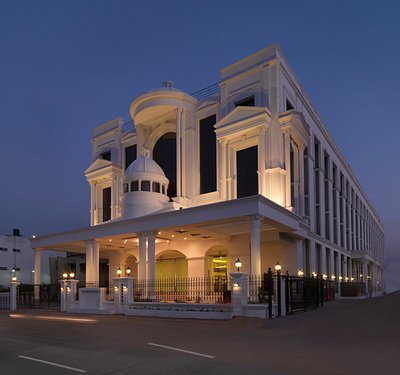 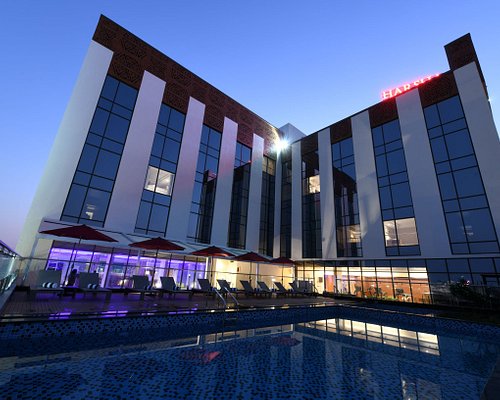 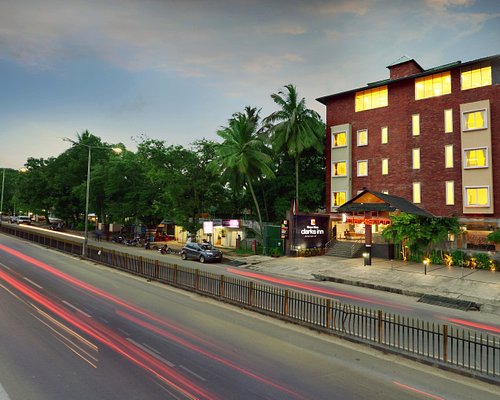 Jewel rock hotel in shimoga is good. service given by Mr RaviRaj was excellent and pleasant. once again thanks to RaviRaj, and hotel was under renovation we will visit again after renovations with my family.

This review is the subjective opinion of a TripAdvisor member and not of TripAdvisor LLC
goodganesh
Bengaluru, India
266
Reviewed 1 April 2019
Decent rooms

Rooms are decent for a quick business trip. Not sure for a family trip. The mosquitoes were a bit too much in the night. Had trouble sleeping peacefully. They can definitely do better there. And wifi & complimentary breakfast would be attractive. May be that's how it is in Shimoga.

This review is the subjective opinion of a TripAdvisor member and not of TripAdvisor LLC
Vinod500
Bengaluru, India
26398
Reviewed 5 November 2018
Good Value for Money

Booking for this hotel was available on hotel booking sites, but I did not find any option of tariff for 24-hr check out instead of the usual 12 noon check out. We were arriving Shimoga at 8.30 pm, and were leaving the next night, a 12 noon check out would not do.

So I found the hotel's phone number and called them. They understood my need and agreed for the 24-hr check out. The tariff was Rs 990 for a non AC room.

The reception staff were friendly and helpful. The room was quite spacious and clean. The bathroom had hot water from 5 am.

There was adequate car parking space. Autos were also available at the hotel gate. The hotel location is central, convenient, and also quiet, as it is on side street.

Payment was by credit card.

This review is the subjective opinion of a TripAdvisor member and not of TripAdvisor LLC
Vivekreddy
Bengaluru, India
1110
Reviewed 5 November 2018 via mobile
Nostalgia--not worth it

My dad used to stay in this hotel many years ago and mentioned that he had taken me when I was a small kid. So, when I searched on MMT for hotels in Shimoga and Jewel Rock came up I was interested. After going through some reviews I booked the hotel for two main reasons: 1. Nostalgia and an opportunity to see if I could remember anything, 2. The reviews mentioned that they offer 24-hr check-in/check-out even if booked online. My wife and I were on a Horanadu, Sringeri trip and weren't sure when we would make it to the hotel so the 24-hr option seemed useful.

We reached the hotel at 5:45 PM and were met with a very surly receptionist. He was on a phone call and did not acknowledge our presence for a good 5 mins. Post that, he didn't seem to want to engage with us until I spoke to him and produced my booking. I had booked a Deluxe room on MMT, which he took some time to agree for sayign that there are Deluxe non-AC rooms too. When, I enquired about the 24-Hr policy he replied stating that it does not apply for rooms booked online. After a few mins arguing, he relented. I also asked about extending the stay for a few hours (our train out  of Shimoga was 11PM) with extra payment to which he was evasive. From the looks of it the hotel was quite empty, so I was surprised by his reluctance. He gave us two soaps and two shampoo sachets and the room key.

The room and bathroom were clean but very dated. The plugpoints were loose and one was burnt. There was a large balcony with a small table and two chairs but they hadn't been cleaned in ages. We tried to wipe down the chairs with some tissues but gave up after a while. There was no water bottle provided, we aksed for one and were charged. Coming to the bed and towels, the pictures can speak better. I also saw a bedbug.

Coming to the positives, they helped arrange a car for local travel and eventually extended the stay with extra payment. The hotel is located in a quiet neighborhood.

Overall, I would not recommend Jewel Rock to anyone. They may have history on their side but their current hospitality and service is sorely lacking. If the management is reading thins, you really need to do something about your front desk. Not one of the persons who I saw there were friendly and it looked like they just didn't want us there. Maybe they treat the older generation better, but this would be a death knell for the hotel if you don't treat the current/future generation well.

This review is the subjective opinion of a TripAdvisor member and not of TripAdvisor LLC
AvinashH48
Bengaluru, India
91
Reviewed 30 June 2018
Value Hotel in Shimoga city with good restaurant

The food is very good here as well as hygienic. The restaurant serves both North Indian and South Indian menu. The thali meals are good and affordable. The rooms are smelly and old as the property itself is very old. But the location compensates for this as it is in the center of the city railway and bus stations. It is also walking distance to the local shopping area.