Unclean and not fit for purpose - Review of Barrington Barn

“Mrs”
aTFYXzk5X09Uaw==
other travellers have booked this property 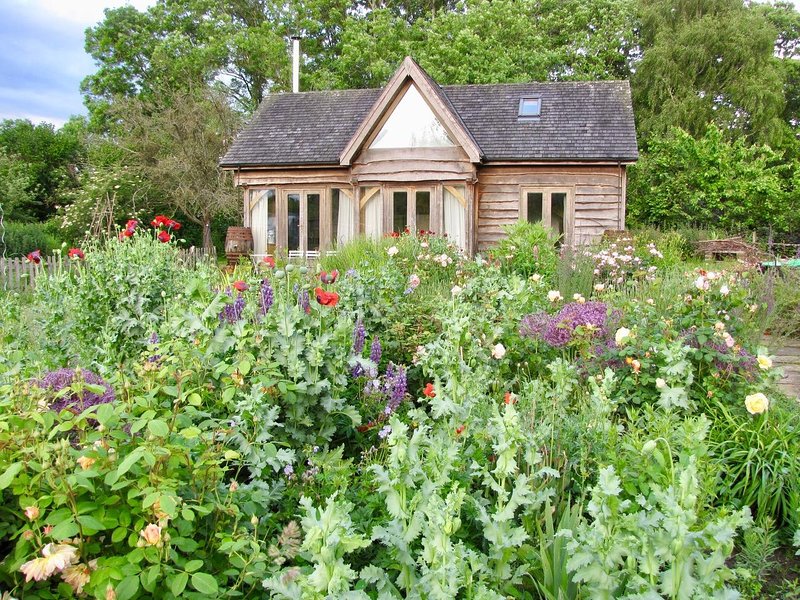 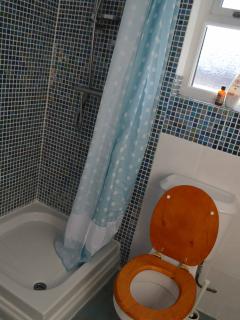 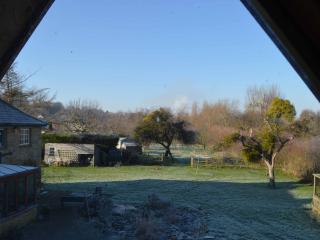 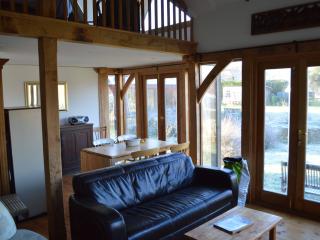 Very good - based on 34 reviews
Write a Review

We had booked this property for two sessions, the first from the beginning of October to mid and from 21st thru to Mid November, around 30 nights.
Firstly I was not expecting a massive amount due to the fact it is in someone's garden and also that the cost is not so high. However I did expect that the property would be fit for purpose, the pictures I have attached show it all, this property is not shabby chic, more like charity shop reject. The lounge furniture has been take out of a caravan, with the appropriate stains, the mish mash of damaged and used furniture clutter up. The cooker was dirty, the freezer had their own food in it. The sleeping areas are one open plan bedroom upstairs with three beds one disassembled, one small downstairs shower which we have not used as it is absolutely disgusting with a worn dirty shower curtain. Hot water was none existent day one. Worse still have asked for the place to be cleaned returned to be told it had when it had not, we left this morning with our 4 year old son and dog with no where to go as our house is unfit to live in and we have a building team in.
Worse still the attitude of the owner is frankly appalling, he asked me not to park at the property as he wanted to use his garden trailer, meaning we had two vehicles on the road, a Mercedes 4 by 4 and a new A3 convertible, he offers Wi fi which is only available in the garden and then at a signal strength not to get anything. The TV is probably 20 years old. The whole experience is so bad, and more so I do find it really odd that so many people have reviewed this property who have only ever posted one review.
The real nub is privacy, although I appreciate that it is in some ones garden it was totally unnecessary to have all the lights on till 1.30am as the property only has a sheer linen curtain, and frankly neither myself or my wife felt comfortable with the lack of privacy.
It may be here say but I am informed from the local pub that we have not been the only people who have paid for this and left very quickly all with the same concerns.
I am glad that tripadvisor have agreed to retain payment for the second visit and subject to investigation will arrange refund for the first part of the booking,if this is not forthcoming I will issue recovery proceedings. Frankly people like this should be stopped from advertising and taking bookings which could ruin holidays etc
It is totally unacceptable for trip advisor to have properties like this on the site

Date of stay: October 2016
Liked best: Leaving
Liked least: Everything
Travelling group: Spouse/Partner
Would you recommend this hotel to a friend?   No.
Was this review helpful? Yes
This review is the subjective opinion of a TripAdvisor member and not of TripAdvisor LLC
I had 3 conversations with Mr T while he and his family were in our property, the first when he arrived on Tuesday 4th October, the second an hour later when I went to check that they had settled in and the third on the evening of Wednesday 5th. Mr T shouted at me throughout most of the 2nd and 3rd conversations in an abusive and aggressive manor that would have him ejected from any doctor’s surgery. In addition his long haired dog was curled up on the sofa throughout our 2nd conversation on the Tuesday.
Because of his aggressive behaviour I forgot to tell Mr T how to operate the boiler on Tuesday evening, but told his partner on Wednesday morning.
I understand Mr T lives in a village 1.5 miles away from our property; he could have arranged to look at the barn before he made the booking. Also our part of Barrington is well known locally for poor internet speeds and he could have enquired about this before booking if it was important to him.
The furniture is not new, but it is all in good quality and in good sound serviceable condition, and it is clean. Likewise the television is not new, but it works perfectly and has a freeview box for additional channels, a dvd player and plenty of dvds. The shower curtain was new at the beginning of the season.
Our property is on a small residential country lane with a ‘no through road sign’, so there is very little traffic. I asked Mr T to move his car and park on the lane for a short period to allow me to take a trailer load of garden cuttings to the tip for sustainable composting.
We do not usually provide an ironing board in the property. Mr T’s partner asked me for one on Wednesday morning and I mistakenly gave her one my wife had put in the utility room for disposal.
We have a motion sensitive security light in the garden, which is sometimes triggered by wildlife passing through. It shines for a limited period when triggered. I turned it off completely when Mr T told me it was disturbing him.
We had a family wedding with a hog-roast in the garden earlier in the year and our freezer is still full of leftover food so we do have food temporarily stored in the freezer in the barn.
Following my conversation with Mr T on Tuesday evening I resolved everything he had complained about, and I had a friendly chat with his partner on Wednesday morning, who apologised for his behaviour of the previous evening. But he was in a rage again on Wednesday evening, and it was impossible to have a reasonable conversation with him.
We authorised Holliday Lettings to repay the second booking,
I find Mr T’s comments about our other reviewers very disrespectful of Tripadvisor contributors.
This response is the subjective opinion of the management representative and not of TripAdvisor LLC
Problem with this review? Thank you. We appreciate your input.

We stayed at Barrington Barn for 5 nights during August, and thoroughly enjoyed our stay. The accommodation, a post and beam style custom-built barn, had lots of character, was comfortable and in a great location. The owners were very friendly and welcoming as well.

The small village of Barrington itself is very idyllic, with a nice pub, a lot of picture-postcard cottages, and friendly locals. It is also in a handy central location for exploring both the north and south coasts and interior of Somerset.

It might be worth pointing out that the barn, including sleeping areas, is very open plan, which only allows for limited privacy. We actually liked this aspect of the place, but it is worth bearing in mind.

Date of stay: August 2016
Travelling group: Spouse/Partner
Your age range 35-49
Would you recommend this hotel to a friend?   Yes.
Was this review helpful? Yes
This review is the subjective opinion of a TripAdvisor member and not of TripAdvisor LLC
Problem with this review? Thank you. We appreciate your input.

1 review
“Simple but wholesome accommodation that encourages a good time!”
Reviewed 22 August 2016 for a stay in August 2016

Just as perfect for us as our last stay here... Bernd is so considerate and the locationis with so much beauty and interest

Date of stay: August 2016
Would you recommend this hotel to a friend?   Yes.
Was this review helpful? Yes
This review is the subjective opinion of a TripAdvisor member and not of TripAdvisor LLC
Problem with this review? Thank you. We appreciate your input.

Stayed here as we had a wedding in Ilminster. The barn is situated in the owners garden with beautiful views. The barn looks small but was very spacious and accommodated 3 adults and 3 teenagers very comfortably, it felt like home. There was everything you needed. Janet, the owner was very friendly and helpful. It's a place I would stay in again also great value for money.

Date of stay: July 2016
Travelling group: Extended Family
Would you recommend this hotel to a friend?   Yes.
Was this review helpful? Yes
This review is the subjective opinion of a TripAdvisor member and not of TripAdvisor LLC
Problem with this review? Thank you. We appreciate your input.
Previous Next
1 … 3 4 5 6 7
Updating list...
Do you own a holiday home? List it here.

Looking for a place to stay in Ilminster?
View all 16 holiday rentals