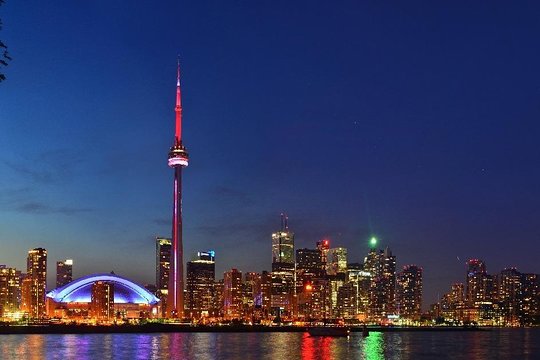 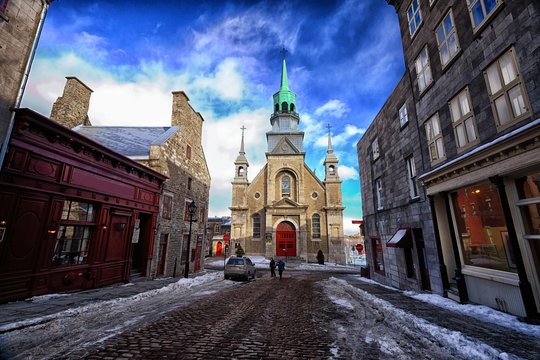 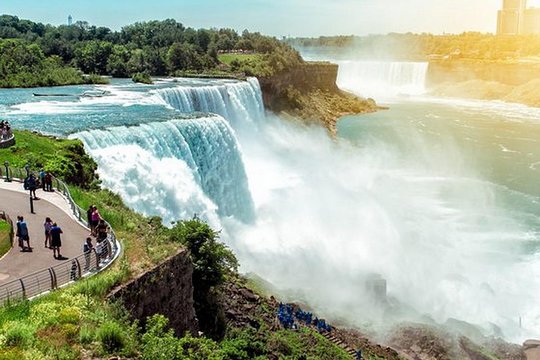 Stop At: Secret Caverns, 671 Caverns Rd, Howes Cave, NY 12092-1703
(Optional) A 103-step staircase with various layers of limestone deposited faithfully by the prehistoric ocean is the only way in or out. Many of the caverns in this area were formed largely during the last Ice Age about 38,000-14,000 years ago. “For thousands of years, mineral-laden water has been precipitating on the walls, ceiling, and floor of the caverns, leaving behind great deposits of golden calcite. When these deposits hang from the ceiling like icicles, they are called stalactites. When they build up from the floor, they are called stalagmites. And when you see calcite dripping down over the walls or covering the rocks, that is called flowstone.” – You will have a wonderful time with all the views mentioned!
Duration: 1 hour

Stop At: Niagara Falls State Park, 332 Prospect St, Niagara Falls, NY 14303-1106
For more than 75 years, visitors to Niagara Falls have been able to enjoy a nighttime illumination of the impressive American and Horseshoe falls. Every night, at dusk, visitors can experience the falls lit in the colors of the rainbow.
Duration: 30 minutes

Pass By: Boston, Boston, Massachusetts
(All day schedule) We are going to see the renowned Niagara Falls. Overlooking American Fall, the Horseshoe Fall and the Bridal Veil Fall, you will be astounded by the deafening roar of the falls. It’s the combination of height and volume that makes Niagara Falls so beautiful.

Special note：The completeness of night view on certain summer evenings may be limited or not available due to late sunset time and Government regulations on driving hours.

No meals included on this day.
Accommodation included: Econo Lodge By the FallsOr equivalent

Stop At: Niagara Falls Canada, Niagara Falls, Ontario L2G 3Y9 Canada
(Canada side) Niagara Falls, Ontario, is a Canadian city at the famous waterfalls of the same name, linked with the U.S. by the Rainbow Bridge. Its site on the Niagara River's western shore overlooks the Horseshoe Falls, the cascades' most expansive section.
Duration: 1 hour

Stop At: IMAX Theatre Niagara Falls, 6170 Fallsview Blvd, Niagara Falls, Ontario L2G 7T8 Canada
(Canada side) In 30 minutes you will witness Niagara Falls incredible stories and history that would otherwise take a lifetime to experience. No Niagara Falls vacation is complete without a visit to see the Niagara Adventure Movie.This movie, tells the history of human interaction with the falls, focusing largely on the "daredevils" who have crossed, boated, and even jumped off them.
Duration: 45 minutes

Stop At: Hornblower Niagara Cruises, 5920 Niagara Pkwy, Niagara Falls, ON L2E 6X8, Canada
(Optional) It's the combination of height and volume that makes Niagara Falls so beautiful. More than 6 million cubic ft. (168,000 cubic meters) of water goes over the crest line of the falls every minute during peak daytime tourist hours. This famous Hornblower Niagara ride gets passengers as close as possible to the Niagara Falls! The rides right into the mists thrown up by the roaring cascade as the Niagara River tumbles over the edge of the falls.
Duration: 30 minutes

Stop At: Skylon Tower, 5200 Robinson St, Niagara Falls, Ontario L2G 2A2 Canada
(Optional) This observation tower on the Canadian side of Niagara Falls offers bird’s eye views of the natural wonder. The tower stands 520 feet from street level and 775 feet from the bottom of the falls. Relax and enjoy your meal at the 360 degree Revolving Dining Room or the family-affordable Summit Suite Buffet Dining Room restaurant. Admission to the Ride-to-the-Top and Indoor/Outdoor Observation Decks are always free when dining.
Duration: 1 hour 40 minutes

Stop At: CN Tower, 290 Bremner Blvd, Toronto, Ontario M5V 3L9 Canada
(Optional) Toronto's CN Tower is a Canadian icon and one of the most recognizable North American buildings. Made entirely of concrete, this massive monolith was the tallest structure in the world at the time of its completion in 1976.
Duration: 1 hour

Stop At: Mariposa Cruises, 207 Queen's Quay West Suite 425, Box 101, Toronto, ON M5J 1A7, Canada
(Optional) Lake Ontario Cruises offer gorgeous views of the city of Toronto from the waters of Lake Ontario, one of the famous Great Lakes of North America. See the city of Toronto and the surrounding area in a new way!
Duration: 45 minutes

Pass By: Niagara Falls, Niagara Falls, Ontario
(All day schedule) After enjoying in Niagara Falls in the morning, we will head to Toronto, which is the capital city of the province of Ontario and the largest city in Canada. Its varied cultural institutions, which include numerous museums and galleries, festivals and public events, entertainment districts, national historic sites, and sports activities, attract over 25 million tourists each year.

During the trip, we will pass by Rainbow Bridge (U.S./Canada Border) , Toronto City Hall

1. Admission to the Ride-to-the-Top and Indoor/Outdoor Observation Decks are free when dining.

2. If time allows, we will visit Ripley's Aquarium of Canada (60 mins) in Toronto.

Stop At: Thousand Islands National Park Of Canada, Ontario, Canada
Thousand Islands Cruise
(Optional, 75 mins) In addition to taking in the scenery, passengers on boat tours of this area can learn some of the histories of the region-- which was once home to pirates and bootleggers-- and enjoy views of some famous spots.
Duration: 1 hour 15 minutes

Stop At: Parliament Hill and Buildings, 111 Wellington St, Ottawa, Ontario K1A 0A6 Canada
(Optional,50 mins, outside visit) Parliament Hill, located on the banks of the Ottawa River Canada's capital city, is home to the Canadian Parliament. The gorgeous location and dramatic architecture make this a huge tourist location-- more than 3 million people come every year.

Pass By: Olympic Stadium, 4141 Avenue Pierre-De Coubertin, Montréal, QC H1V 3N7, Canada
The "tower" portion of this Stadium, which was originally constructed for the 1976 Olympics, is the tallest inclined tower in the world, stretching 574 feet into the air. This enormous building has a capacity of 78,322.

Stop At: The Montreal Tower, 3200 Rue Viau, Montréal, QC H1V 3J3, Canada
(Optional) The Montreal Olympic Stadium and Tower
The "tower" portion of this Stadium, which was originally constructed for the 1976 Olympics, is the tallest inclined tower in the world, stretching 574 feet into the air. This enormous building has a capacity of 78,322.
Duration: 1 hour

Pass By: Toronto, Toronto, Ontario
(All day schedule) We will head to the Thousand Islands to take a Cruise Tour of the area Cruise (seasonal, only available for Summer Schedule: April – Oct.) Next, we will drive along St. Lawrence River and reach Canada’s Capital and political center, Ottawa. After a short stay, we will drive to the Montreal, known as “Paris of North America”, a French-speaking and second largest city of Canada.

Special note: If time permits that we will take the Double Decker, the tour is a unique way to see the landmarks of Montreal. Discover Montreal and see numerous attractions including the Notre Dame Basilica, the Old Port of Montreal and so much more!

No meals included on this day.
Accommodation included: Travelodge by Wyndham Montreal Airport or equivalent

Stop At: IGL Duty Free, 350, Autoroute 15, Saint-Bernard-de-Lacolle, QC J0J 1V0, Canada
Shop at the duty-free store and head back to the US.
Duration: 30 minutes

Stop At: Ausable Chasm, 2144 Route 9, Keeseville, NY 12911
Ausable Chasm, carved into upstate New York's Adirondack Mountains by an eponymous river, is made of 500-foot-thick Potsdam sandstone that is over 500 million years old. At its southern end, it drains into Lake Champlain.
Duration: 1 hour 15 minutes

Write a review
Traveller rating
Traveller type
Time of year
Language
Selected filters
Govindu C wrote a review Nov 2019
Melbourne, Australia33 contributions
Tour of Niagara Falls and surrounding cities of Canada from Boston MA by road
Had the convenience of starting off from Boston MA. Crowd - friendly, good ! predominantly Chinese background. Vehicle - Good no complaints! Driver- knowledgeable, friendly, courteous. Of course business run by Chinese probably to cater for the Chinese! The itinerary is good (…
Read more
Date of experience: August 2019
Helpful
Share
Response from Odyssey62481894814, Manager at 4-Day Tour Boston+Niagara Falls+Toronto+Ottawa+Montreal (Boston Departure)(BTR4)
Responded 28 Nov 2019
Thank you so much for sharing your feedback about our service. We highly value any feedback and suggestion to improve our service quality. Meanwhile, please accept our sincere apology for any inconvenience. On resolving your issue, could you please send your tour detail information to our email at qc@uvbookings.com. We will investigate then get back to you, thank you.
Read more
About the operator

39valj
Hillsborough, New Hampshire
103
Know before u book
Pros: dropped us off and picked us up at areas described; admission was included to hornblower tours of statue or…
Read more

kkkzzzzz
Hong Kong, China
22
Bully and verbal violence from the tour guide and the driver
Our tour guide on the last day of our tour in Chicago was Mandy (Chinese name 小红, cell phone ending 0786) and she…
Read more

Marlene H
31
Best of Boston with Sam I Am
Excellent tour. Fun history facts.Sam was so knowledgeable and humorous. History comes alive with his excellent…
Read more

gisticc
11
Nice
We just got back from this tour today... Ken, our tour guide, had a great sense of humor and along with his jokes…
Read more

happywayfarer
11
Canada
Boris, the tour guide was a professional from the beginning to the end of the trip. He maintained group harmony…
Read more

Jarasierras
12
Terrible service
in the end they tell you that you have to give a driver $ 20 COMPULSORY tip, so you have to take this price…
Read more 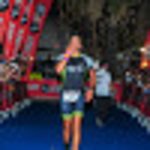 adriancortijo4
Quartier Latin, France
12
A Journey ONLY for Chinese
It was our second time with tours4fun, the first time (tour 4 days Canada) we got a fantastic guide (VICKY) that…
Read more

safkar123
12
Rude tour guide.
Me and my family went to a 2 days Niagara falls tour from NYC. Overall, the journey was good but the tour guide's…
Read more

AlexOrostica
10
Very nice experience. Totally recommend this tour
Just to clarify, we bought this tour on a different site and they sended us with Jupíter Legend Tours. But hey!…
Read more