Andrew Dice Clay at the Tropicana Hotel and Casino
By: Laugh Factory

Choose from general admission or VIP table seating for Andrew Dice Clay's comedic performance at the Laugh Factory at the Tropicana Hotel and Casino in Las Vegas.

Over the past few years, Andrew Dice Clay has been going through a resurgence. He had a critically acclaimed, recurring role on the final season of HBO’s 'Entourage,' and co-starred alongside Cate Blanchett and Alec Baldwin in Woody Allen’s movie 'Blue Jasmine.'

To this day, Dice remains the only performer banned for life from MTV. Despite all the media backlash, his rise to fame was meteoric, selling out Madison Square Garden two nights in a row along hundreds of other sports arenas from coast to coast. In 1992, he performed in front of the largest audience ever by a comedian when he shared the stage with Guns and Roses at the Rose Bowl.

Along the way, Dice starred in numerous feature films including 'the Adventures of Ford Fairlane' and several HBO specials, he released best-selling DVDs, a string of multiple gold- and platinum-selling CDs, and has been profiled everywhere from 'Entertainment Tonight' to 'Nightline.' In 2009, he appeared on 'Celebrity Apprentice' where he proudly admits he was thrown off the show first.

The secret to Dice's continuing success is that he has a lot more going for him than shock value and being a potty mouth. He is a disciplined, talented, and versatile performer/actor. His acting roles and credits clearly show that he is capable of being just as funny without the dirty words.

But more than anything, audiences continue to crave that excitement and demand to see 'the Diceman,' and he is more than happy to oblige and prove the comic icon is indestructible.
Show More
Important Information
Departure Point
Laugh Factory, 3801 Las Vegas Blvd S The Stratosphere Hotel, Las Vegas, NV 89109-4325
Departure Time
10:00 PM
Duration
1h
Inclusions
Exclusions
Show More
Additional Info
Cancellation Policy
For a full refund, cancel at least 24 hours in advance of the start date of the experience.

edcA5732IP
Hesperia, California
40
The Best Laugh 😂
Me and my family went to the Laugh Factory in Vegas Baby. We had a great time and the 3 comedian were very…
Read more

461eykeb
Las Vegas, Nevada
154
Andrew Dice Clay Dec 2019
The venue is great, the act we saw not too much. Took my hubby as one of his 2019 Christmas gifts. I expected the…
Read more 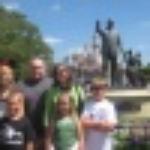 1BillT
Brentwood, California, United States
111
Las Vegas Laugh Factory
Overall a good show. Worth a trip if you have never been there. Headliner wasn’t as well know but, was hilarious.
Read more 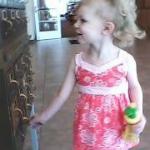 Patricia B
Crest Hill, Illinois
4316
Brings back memories
We saw Rich Little in a very nice venue. It brought back so many memories of when I was growing up. WOoud…
Read more

farfenoodle
New Hope, Pennsylvania
2311
Great to watch and so much fun!
I wouldn't consider myself a magic show person, so when my Mom suggested this show, I only expected that it would…
Read more 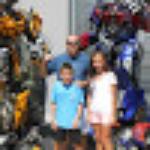 jmorris23
Las Vegas, Nevada
156
Maybe this was an off night...
Wow! Not in a good way.. On 2nd thought, I can’t believe this was just a off night at The Laugh Factory... Go if…
Read more

esheboyette
10
Not very funny
My husband and I were disappointed. The openers were funnier than the main comic. We enjoyed the venue though.
Read more

Lyla W
121
Hilarious
Went to the 10:30 show and saw 2 different comedians who were both equally as funny, wish that they would’ve been…
Read more 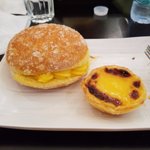 JLars34
Las Vegas, Nevada
30947
Intimate Fun Time!
Had a great time with friends being entertained by Murray and Lefty. Show is in the Laugh Factory theatre inside…
Read more 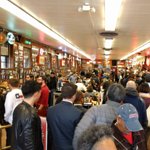 MrGaucho1987
Santa Barbara, California
740239
Yes...Take a Break and Enjoy Some Comedy
The Laugh Factory is a chain of comedy clubs. As such I think they have the leverage to book above-average…
Read more

Kelg214
Winter Garden, Florida
20
So much fun!
This show was great! Murray and Lefty were both so funny and involved the audience in their tricks. We laughed the…
Read more

lonniec322
Las Vegas, Nevada
71
Live, Love, Laugh
Had fun and a bunch of laughs. First time here and we'll probably be back soon. I was surprised that there were…
Read more 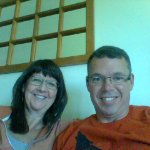