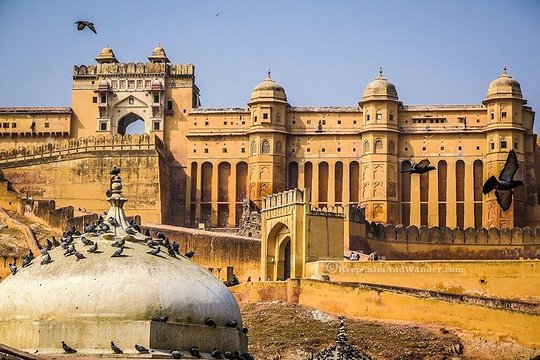 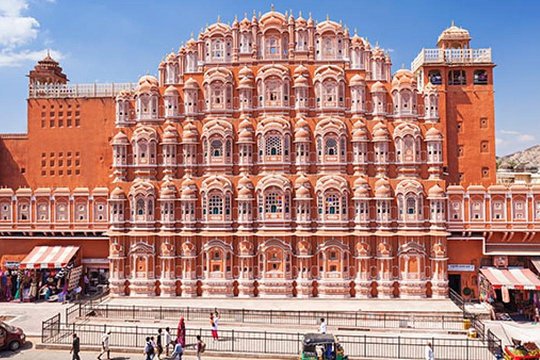 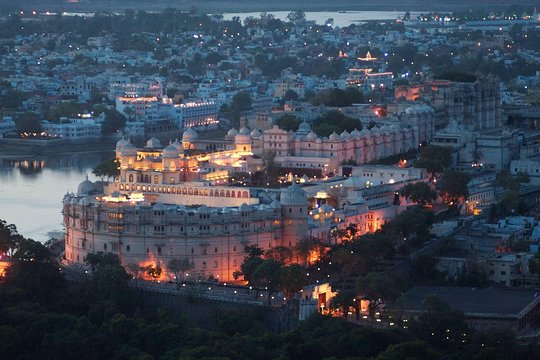 Select Date and Travellers
From
US$ 360.00
Date
2 travellers
Free Cancellation up to 24 hours in advance
Low Price GuaranteeNo Booking Fees
Overview
What to Expect
Upon arrival check in at the hotel, relax.
Dinner & Overnight stay at the hotel in Jaipur.
JAIPUR
After breakfast we proceed to visit
01_Amer Fort_The Amber Fort as one of the most magnificent destinations in Jaipur. Sitting upon the rugged hills outside of town the Amer (Amber) Fort is an example of the fascinating
blend of Hindu and Muslim architecture made from red sandstone and white marble

03_ Jal Mahal__Jal Mahal is a palace in the middle of the Man Sagar Lake in Jaipur city, the capital of the state of Rajasthan, India. The palace and the lake around it were renovated and enlarged in the 18th century by Maharaja Jai Singh

04_ Gaitor Ki Chhatriyan__The Royal cenotaphs, just outside the city walls a shooting beneath Nahargarh, Are an appropriately restful place to visit and feel remarkably undiscovered. The stone monument is beautifully and intricately carved.

05_Hwa Mahel__Hawa Mahal is a palace in Jaipur, India. Made with the red and pink sandstone, the palace sits on the edge of the City Palace, Jaipur, and extends to the Zenana, or women's chambers. The structure was built in 1799 by Maharaja Sawai Pratap Singh, the grandson of Maharaja Sawai Jai Singh, who was the founder of Jaipur

06_ City Palace _Jaipur city which was built by Maharaja Jai Singh, the notable astronomer. Visit the Maharaja's City Palace (apart of which is the home of the erstwhile royal family.

07_ The Jantar Mantar monument of Jaipur, is a collection of nineteen architectural astronomical instruments, built by the Rajput king Sawai Jai Singh. It features the world’s largest stone sundial, and isa UNESCO World Heritage site.It is the largest stone astronomical observatory in the world and this feature makes it, a special destination for a traveler

Jaipur – Jodhpur (340 Km / 06 Hrs)
After early breakfast, check out from the Hotel & drive to Jodhpur en-route visit to Ajmer sharif & Pushkar, Arrival Jodhpur check in hotel, Overnight stay at the hotel in Jodhpur.

Pushkar
Pushkar is a town bordering the Thar Desert, in the northeastern Indian state of Rajasthan. It's set on Pushkar Lake, a sacred Hindu site with 52 ghats (stone staircases) where pilgrims bathe. The town has hundreds of temples, including 14th-century Jagatpita Brahma Mandir, dedicated to the god of creation, which has a distinctive red spire and walls inlaid with pilgrims’ silver coins.

01- Mehrangar Fort__ Mehrangarh or Mehran Fort, located in Jodhpur, Rajasthan, is one of the largest forts in India. Built in around 1459 by Rao Jodha, the fort is situated 410 feet (125 m) above the city and is enclosed by imposing thick walls. ... The museum in the Mehrangarh fort is one of the most well-stocked museums in Rajasthan.

02 - Jaswant Thada__ The Jaswant Thada is a cenotaph located in Jodhpur, in the Indian state of Rajasthan. It was built by Maharaja Sardar Singh of Jodhpur State in 1899 in memory of his father, Maharaja Jaswant Singh II, and serves as the cremation ground for the royal family of Marwar. ... There are three other cenotaphs in the grounds.

Jodhpur-Udaipur (260 Km / 05 Hrs )____After breakfast, check out from the Hotel & drive to Udaipur in the morning. En-route visit toRanak Pur Jain Temple Kumbhalgarh fort - The place also has the honor of being the birthplace of great rajput warrior king Rana Pratap. The 586 sq km Kumbhalgarh Wildlife Sanctuary is also a place worth a visit. A rich variety of wildlife like the panther, sloth bear, wild boar, four-horned antelope, and scientifically bred crocodiles in the lake within the sanctuary are the major attractions of this sanctuary. Check in and overnight stay at the hotel in Udaipur, the City of Lakes.

Ranakpur Jain Temple__ Ranakpur Jain temple or Chaturmukha Dharana Vihara is a Jain temple at Ranakpur is dedicated to Tirthankara Rishabhanatha. The temple is located in a village of Ranakpur near Sadri town in the Pali district of Rajasthan.

Kumbhalgarh Fort & Wildlife Sanctuary__Kumbhalgarh is a Mewar fortress on the westerly range of Aravalli Hills, in the Rajsamand district near Udaipur of Rajasthan state in western India. It is a World Heritage Site included in Hill Forts of Rajasthan. Built during the course of the 15th century by Rana Kumbha.

Udaipur __After breakfast, start your sightseeing tour with a visit to Sahelion-Ki-Bari. Then proceed to visit the Museum of folk art, which has a rich collection of folk dresses, puppets, dolls, masks, ornaments, folk musical instruments and paintings on display. Afterwards visit the City Palace, the biggest palace complex in India, where four generations of Maharajas added mansions and palaces. You also visit the museum of the palace, which includes the beautiful peacock mosaic and miniature wall paintings of Indian mythology. In the evening take a boat ride on the lake Pichola and enjoy sound & light show at City Palace. Dinner & Overnight stay at the hotel in Udaipur.

01--Saheliyon-Ki-Bari__Saheliyon-ki-Bari is a major garden and a popular tourist space in Udaipur in Indian state of Rajasthan. It lies in northern part of the city and has fountains and kiosks, a lotus pool and marble elephants. It was built by Rana Sangram Singh. There is also a small museum here

02—City Palace__City Palace, Udaipur is a palace complex situated in the city of Udaipur in the Indian state of Rajasthan. It was built over a period of nearly 400 years, with contributions from several rulers of the Mewar dynasty.

04--Vintage Car Museum--Vintage and Classic Car Museum is a car museum in Udaipur in Rajasthan state in India, having some of the rarest classic and vintage car collection. This museum is owned by Arvind Singh Mewar.

05--Jagdish Temple--Jagdish Temple is a large Hindu temple in the middle of Udaipur in Rajasthan, just outside the royal palace. It has been in continuous worship since 1651. A big tourist attraction, the temple was originally called the temple of Jagannath Rai but is now called Jagdish-ji. It is a major monument in Udaipur

653artemk
10
Very friendly safe driver who knows the best spots.
We did Delhi, Agra, Jaipur and Pushkar in 5 nights with Arun. Even though we had to drive long distances it was a…
Read more 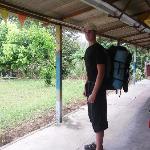 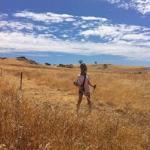 MelissaC4408
41
Treated like a VIP on a backpacker budget!
We had a lovely five days with Arun, exploring beautiful India and eating ALL the local street food. He was…
Read more

lewisburnett
167
Excellent option for easy trip
Ram was such a great driver ! He made it so easy for us to have a great trip... listened to our wants and need and…
Read more

alfarochacon
10
Best traveling experience!
We had the best time in India, we learned alot and had the best guide tour ever. Bompi is an excellent person with…
Read more

Samthescientist
10
5 days in India
We were expecting to get the train as part of our golden triangle trip, however ended up hiring a private car…
Read more

JoseHernandez26
10
Excellent trip with great views
The whole trip was amazing with Arun, he was very polite and punctual, with good food places suggestions. A very…
Read more 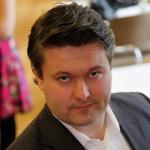 Snorrim
Reykjavik, Iceland
72
Wonderful trip with Ram
Our family had a wonderful time with our driver Ram, he was thoughtful, knowledgeable, attentive to the kids and…
Read more

DenzelNar
10
Good experience & nice cab driver
We had a wonderful time in Jaipur en Agra thanks too our friendly & nice driver, showed us all the hotspots
Read more

llunadlt93
10
Cooldest cab driver ever. Ram
We had a great expirience with taxi driver, Ram. He is a lovely person and he has shown us a lot of places from…
Read more

Sergisaladrigas
10
Best cab rider and guide ever.
We were superlucky to find Ram, he guided us from Dheli to Agra, and then Jaipur. He is the master, he bassically…
Read more

Eloiseetromain
40
Driver for Delhi Agra Jaipur
We arrived in India without checking for a driver. The governemental office arrange it with Bampy for 4 days. He…
Read more 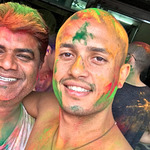 hazarussell
10
Best tour guide in India
We spent 3 of the best days of our lives with Rocky. Rocky is a legend, honorable, trust worthy & loves a…
Read more