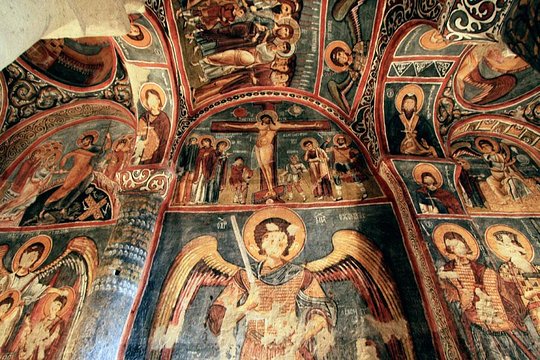 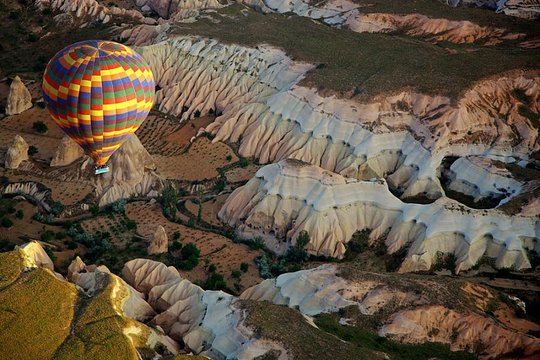 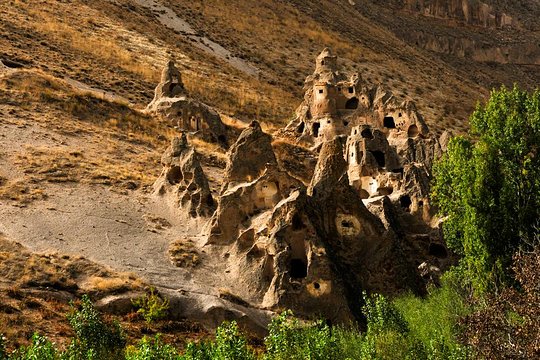 Arrival and meeting just outside the arrival’s gate with a sign bearing your name. Transfer to Hotel.

Fairy Chimneys Tour at 09:30am

In this day you will be able to see:
DEVRENT VALLEY: Devrent is situated on the northern slopes of Aktepe, 1km from Pasabaglari (Monks’ Valley) and 5 km from Avanos. The ruins at Devrent are spread over three valleys, which also house several pointed fairy chimneys with large stems.

AVANOS: A center of terra cotta work of art since 3000 BC, it is a town where you will be invited to visit a traditional pottery workshop, which is possibly set deep into the hillsides. The clay, which comes from the Red River passing through the town, gives life both to the land and to the local economy.

UCHISAR: Uchisar is a troglodyte town situated right in the middle of Cappadocia. It is named after the enormous piece of rock in the center of the town, which was once used as a castle. This extraordinary rock is the highest peak of the area with the view of whole Cappadocia and Erciyes (Argeus) Mountain.
After the tour, you will be transferred back to your hotel.
Overnight Cappadocia
Duration: 8 hours

You will be picked up from your hotel for Full day tour of South Cappadocia. In this day you will be able to see:
KIZILCUKUR: is an isolated valley behind Urgup. It has beautiful rock formation with some great hidden rock-carved churches. The most interesting part of this area is the countless tracks connecting the small villages and towns through vineyards and gardens like a spider net. It is always possible to see villagers working in the area and offering grapes, apples or apricots to you.

CAVUSIN: One of the oldest settlements in the area, Cavusin is situated 2km from Goreme, on the Göreme-Avanos road. The Church of St.John the Baptist offers a panoramic view of the village. This church and its paintigs date back to the 5th century, making the oldest church in the region. It had a large courtyard which is unusual for Cappadocia, this has been eroded away
however.

Underground City: One of largest and deepest of the 40 others in Cappadocia. They both have eight floors, although not all are open to the public.
PIGEON HOUSE: Visit the pigeon houses and rock formations.
Transfer to airport to take the evening flight to Istanbul and leave Cappadocia.
Duration: 8 hours

Meals included:
• Breakfast
• Lunch
No accommodation included on this day.
Show More
Important Information
Departure Point
Traveler pickup is offered
Take the morning flight from Istanbul to Cappadocia. Arrival and meeting at the airport just outside the arrival’s gate with a sign bearing your name and transfer to Cappadocia. 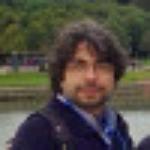 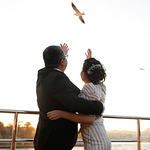 105sepehrs
Odense, Denmark
20
Excellent
I have to say that our Tour to Cappadocia via “Yuki Tour” was excellent. Everything was planned to the small…
Read more

kat0rz
33
Couldn’t have been any better!
I was a little worried about traveling solo in Turkey but Yuki tour organized everything perfectly I didn’t have…
Read more 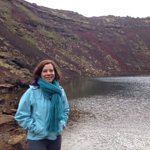 vin00157
10
Amazing Turkey
This tour has been very amazing especially tour operator Ibrahim is quick in responding all your queries, very…
Read more

Catmaggle
Leros, Greece
122
Honestly, don't waste your time
The first day of this tour was good. Tightly organised and with only a small amount of time wasted. The cave hotel…
Read more 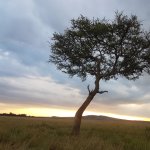 Mads o
Dubai, United Arab Emirates
117
Excellent tour
We booked this 2 day by plane package from Istanbul to Cappadocia. We were picked up from our Istanbul hotel to…
Read more

chitrodia
Bahrain
10
10 days tour to Turkey - Istanbul, Pamukkale, Cappadocia, Ephesus
We are mighty pleased with Yuki tours and Mr. Ibrahim's team. Everything was organized perfectly and details were…
Read more 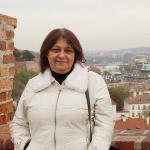 luminita m
358
Tank you Ibrahim
I took this vacation with my girlfriends. I want to thank Ibrahim for the excellent service he provided for us. He…
Read more

UmmuKenes
10
Amazing Turkey
Alhamdulillah.. It was amazing to visit and enjoy Turkey with great hospitality of Yuki Travel. Thanks Mr Ibrahim…
Read more