Save
Share
Overview
What to Expect
This combo tour of Ajanta and Ellora caves is perfect for travellers who have limited budget and limited time. You will get a chance to see a lot in this smart price tour. • Sightseeing Ajanta caves on day 1 • Sightseeing Ellora caves on day 2 • Pickup and Drop for Airport / railway station / bus station in Aurangabad. • Guided tour . These tourist attractions consist of 64 rock-cut caves, located in close proximity from the city of Aurangabad Today, Ajanta and Ellora Caves are a UNESCO World Heritage Site.
Itinerary:
Day 1 - Arrival Aurangabad Early morning Pick up from Hotal, airport/railway station/bus station at Aurangabad followed by sightseeing for Ajanta caves. Ajanta Caves were carved out of a 250 ft wall and had monasteries and Buddhist halls of worship. The paintings represented the different lives and rebirths of the Buddha with sculptures of other Buddhist deities from 2nd to 5th century BC.Overnight Aurangabad.
Day 2 - Aurangabad After breakfast drive to Ellora Caves at 08:00,followed by guided tour of Ellora caves, Explore one of the largest single monolithic rock excavation of the world. its actually a temple dedicated to Shiva. It is a chariot-shaped monument and named the Kailasha Temple. It also houses gods and goddesses along with relief panels depicting legends from Hindu epics.After sightseeing you are free to select your own destination for onward journey; simply inform us where to drop including Airport / Train station / Bus station / Hotel in Aurangabad.
After the tour is over, if you want, we will give you free time for shopping.
HIMROO SARI IS FAMOUS IN AURANGABAD.
The word himroo originated from persian word hum-ruh which means something that is close to your soul. Himroo a replication of kum-khwab, wich was woven with pure golden and silver threads in olden days, and was meant for the royal families.
The complicated method of Himroo weaving involves intermeshing of various threads made from gold silver d cotton. it is a task of highly talented and skilled workerson the handlooms.
Himroo uses persian designs, and is very characteristic and distinctive in appearance with decorated with figurative motifs. the designs are geometrical and floral.
The products of Himroo, consist of sarees,bed covers, pillow covers and other fancy items such as kerchiefs and tunics.

IMPORTED NOTE :- Ajanta is only 4 kilometers from the parking lot between which shuttle bus runs. You will have to take a shuttle bus from the parking lot to the caves and you will reach the caves.
To go inside the caves in Ajanta, you have to remove the shoes and take the photo without flash.
You can see Ellora caves moving from number 1 to number 16 and then you have to take a bus to go to number 29 and number 30 to 34. And in Ellora caves, you can also go wearing shoes and take photos with flash.

rogercharlie
Bengaluru, India
7284
Excellent service. Highly recommended
We had hired a car and guides for three days from Mr Sher Khan. Every thing was superbly arranged. The car was…
Read more 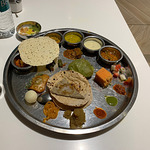 murachur
Suginami, Japan
40
Excellent!
I special appreciate to this travel agent. I missed the plane the day before and had me change from hotel pick-up…
Read more

Roopa222
10
Anantha and Ellora trip - 2 days
Good trip and excellent driver. Very knowledgeable and professional in his approach. Thanks a lot....
Read more

Jeni I
Los Angeles, California
26
Great help in and around Aurangabad!
We had an excellent experience in Aurangabad. He drove us to the two top attractions, helped us find some of the…
Read more

Bernhard1416
Heidelberg, Germany
397
A place to be visited - lifetime experience
What an exciting trip yesterday to Ajanta, where there were very extraordinary old and beautiful paintings in…
Read more

elizabethwM2959XY
30
A great option for the caves
Very easy experience booking and arranging this tour. Our driver, Suleiman, was a consummate professional, full of…
Read more

M2684BCpaull
32
Excellent service!
We have had Suleman for two days and have been very happy with him. He is very professional and courteous and his…
Read more

infoD4099CI
10
Marvelous service and Outstanding driver
Excellent service by the car driver and the agent was so great. Will hire and hire again Such a nice company
Read more 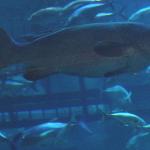