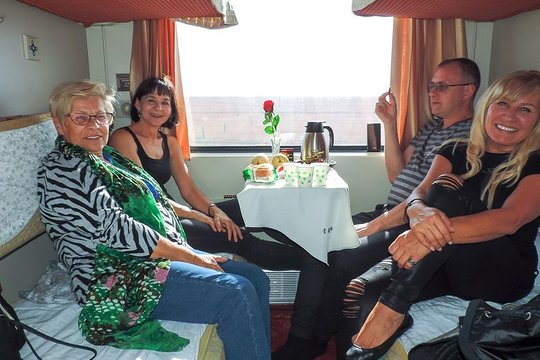 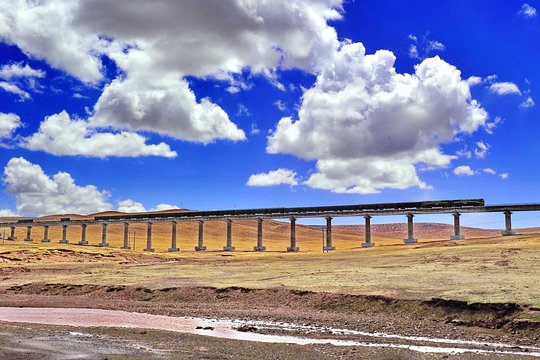 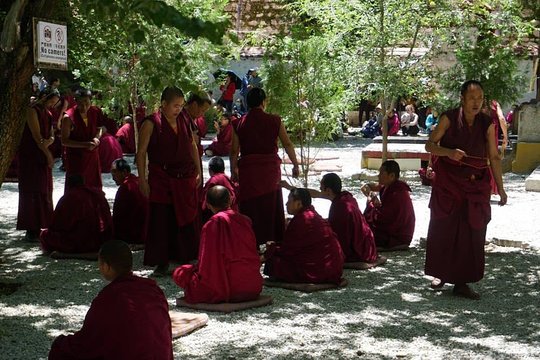 Day 1: Train to Lhasa From Xining

Pass By: Xining, Xining, Qinghai
After breakfast, you will take the famous Qinghai-Tibet train to Tibet, during your train journey, enjoy the stunning scenery window outside.

No meals included on this day.
Accommodation included: stay overnight in Train Beds

Day 2: Arrive in Lhasa and use rest day to adapt the altitude

Pass By: Lhasa, Lhasa, Tibet
After you arrive in Lhasa train station, you will meet your tour guide at the train station. Then, your tour guide will take you to your hotel immediately by the private vehicle. You’d better have a good rest when you check in your hotel because you need time to adapt to the high altitude sickness. You should avoid fierce activities on Tibetan Plateau because of the low oxygen content. If you want to go outside, you can go for a walk around the Potala Square. Here is an ideal site to take some colorful photos.

Stop At: Potala Palace, No.35 Gongqian Alley, Beijing Middle Road Cheng Guan District, Lhasa 850000 China
In the morning, your tour guide will pick you up at your hotel, and drive you to visit Lhasa city. The first scenic spot is the landmark of Lhasa city - Potala Palace. Built-in the 7th century, Potala Palace was used as the winter palace for Dalai Lama. In the palace, you can see lots of ancient antiques and items. The highlight of Potala Palace is the gilded burial stupas of former Dalai Lamas and meditation Cave of the 33rd great king of Tibet.
Duration: 2 hours

Stop At: Jokhang Temple, Barkhor Street, Chengguan District, Lhasa 850000 China
In the afternoon, we will visit the second scenic spot - Jokhang Temple, which was also built in the 7th century. In the front of the Jokhang Temple, you can see lots of pious pilgrims doing pray. The highlight of Jokhang temple is the statue of Buddha Sakyamuni at the age of twelve.
Duration: 2 hours

Stop At: Barkhor Street, Chengguan District, Lhasa 851500 China
Outside of the Jokhang Temple, there is a busy shopping center named Barkhor Street. Here, you can buy some local items and goods at the best price. What’s more, enjoying a cup of sweet tea in a local tea house is the best way to enjoy the leisure afternoon.
Duration: 2 hours

Stop At: Sera Monastery, Wuze Hill , Sera Chengguan District, Lhasa 850000 China
In the afternoon, your tour guide will take you to visit the ancient Sera Monastery, another “great three” Gelug monasteries of Tibet. You have no reason to miss the hot Buddhism debate held at around 3 - 5 in the afternoon. By seeing the special gestures and debate contents, you will have a better knowledge of the interesting Tibetan Buddhist.
Duration: 2 hours

Pass By: Lhasa, Lhasa, Tibet
Today, the tour comes to an end. Your tour guide will help you board on the train or flight in Lhasa.

Write a review
Traveller rating
Traveller type
Time of year
Language
Selected filters
Sunita wrote a review 18 Jan
Durgâpur, India186 contributions9 helpful votes
Great companions and great tour
The presence of some strangers who were very amicable and cheerful all the time made the tour very thrilling in spite of the tiring rail journeys involved. Also, the company managed the whole tour at a very low cost for me.
Read more
Date of experience: January 2020
Helpful
Share
About the operator

sunitatrips
Durgapur, India
1859
Great companions and great tour
The presence of some strangers who were very amicable and cheerful all the time made the tour very thrilling in…
Read more

aaminakhan95
10
My Visit to Mt. Everest
I would highly recommend Tibet Viator if you want a hassle-free traveling experience. It was my first trip to…
Read more